Home Fresh Cuts: Kimbra makes good, Girls get limited, and the return of... 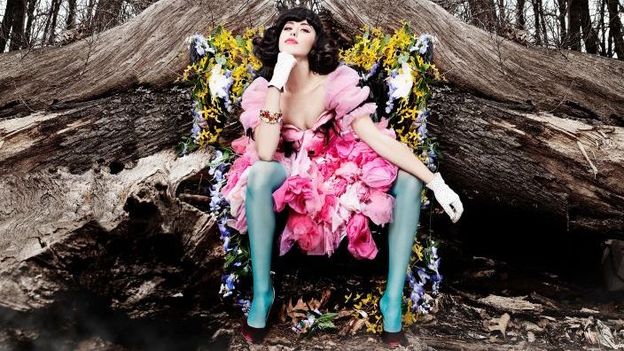 This week in new music explores the depths of an ingenue with a siren attitude, the quiet ranges of Mount Eerie, mom as muse, and more.

I have three words to say regarding Kimbra’s debut album Vows: I like it. The poppier tracks are infectious (backsides and feet are among the first to fall victim) and the slow jams are worthy of a swoon or two.

Thrust into the spotlight thanks to a strong performance on Gotye’s currently ubiquitous hit “Somebody That I Used to Know,” the New Zealander holds her own on her first studio effort. Kimbra’s brand of pop spans the genres, from high-energy dance single “Cameo Lover” to the slow-burning ballad “Old Flame.” “Wandering Limbs” featuring Sam Lawrence is a favorite and a spine tingler with its mix of future soul and simple harmonies.

Vows is a well-crafted stage for the 21-year-old’s burgeoning talent. It shines a bright light on her voice’s ability to nimbly ebb and wane from the soaring highs and whispering lows. And with pipes like that, Kimbra has managed to escape one-hit-wonder obscurity.

Mount Eerie’s Phil Elverum is low-key. And 2012’s Clear Moon is a record about a quiet life led in Anacortes, Wash., a small northwest town 64 miles outside of Seattle.

Following the release of previous album Wind’s Poem in 2009, Elverum spent two years building a recording studio, known as “the Unknown,” in an old church and the last 15 months forging music. He has recorded two new albums in this giant space: one is Clear Moon out today and Ocean Roar will be available in September. Epic echoes captured within this vast space mingle with deep and melodic chimes while Elverum’s voice cuts through clear and resonant.

San Francisco’s very own Girls have pressed only 1,000 copies of their latest record. The fourth single from the band’s sophomore LP Father, Son, Holy Ghost, “My Ma” will appear on a seven-inch accompanied by B-side “Love Life.” The title song is a heartsick, melancholy ode to frontman Christopher Owens’ mother.

The record is being released as a thank you to the shops that participated in Girls Across America — the band’s nationwide tour of independent record shops in the fall of last year. The rare seven-inch — cover art designed by Owens — will only be available at participating stores.

Words and Music by Saint Etienne is the seminal indie dance-pop band’s first new studio album in seven years and its eighth full-length overall. Still believing in the magic of pop after all these years, Saint Etienne has put together a deluxe two-disc catalogue of new tunes and remixes.

The latest LP is a warm and dizzy trek through ’90s-sounding dance music, complete with the lighter and darker sides of pop. Although its signature sound hasn’t changed much, the group’s music has evolved on this album with hints of house and balearic beats, and lyrical prowess. “I’m growing older,” sings Sarah Cracknell. “Heaven only knows what’s on its way.”

Julia B. Chan is a writer and hosts “Play for Today,” a program on Radio Valencia — www.radiovalencia.fm — every Friday from 6 to 8pm. Follow her on Twitter @onTheBeat.