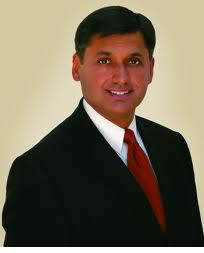 San Francisco’s treasurer, Jose Cisneros, usually operates out of the limelight, and he likes it that way. Most of what he does is about making sure the city’s money comes in propertly and doesn’t go out where it isn’t supposed to. But now he’s in the middle of a political battle not of his making, and he’s taking some undeserved hits, including from the Mayor’s Office.

The issue is whether a company financed by Mayor Ed Lee’s buddy Ron Conway should have to pay hotel taxes. It seems pretty simple on the surface: Airbnb, which mediates arrangements where San Francisco residents rent out their homes to tourists as an alternative to hotel rooms, doesn’t want to be responsible for paying the 14 percent tax that all the hotels in town have to cough up. Cisneros, following the law, says the company isn’t exempt and has to pay taxes just like anyone else in the hotel industry.

But airbnb is closely connected to Lee and his idea of the “sharing economy,” and the Mayor’s Office has gone so far as to say in public that Cisneros is abusing his discretion and should let the tax bill slide.

That’s crazy — tax enforcement is not under the “discretion” of the treasurer. It’s a policy matter for the mayor and the supervisors. And if the mayor wants to ask the supes to exempt a billionaire’s pet startup from taxes, go ahead: Find someone to introduce that legislation. But Cisneros is only doing his job — and that includes forcing even hip young startups to pay taxes.

Oh, but it gets jucier. Willie Brown, who like Lee has close ties to Conway, is now tweaking Cisneros in his Chronicle column:

While we’re at it, an alert to city Treasurer Jose Cisneros: Former Mayor Art Agnos threw an air mattress on the floor for Ross Mirkarimi when a judge barred the suspended sheriff from being with his family. Mr. Treasurer, equal protection under the law says you should send Agnos a notice if you’re going after all these other people.

I think there’s a difference between letting an old friend sleep in your place (or even renting him a room for a few months) and running a business that portrays itself as a service for tourists. And I wonder: Does Brown represent airbnb, or is he invested in the startup? No way to tell — he has complete freedom to hype anyone or trash anyone, despite even clear conflicts of interest that would get any other columnist at the Chron fired. I called him to ask if he has any connections to the company, but as usual, he hasn’t called back.