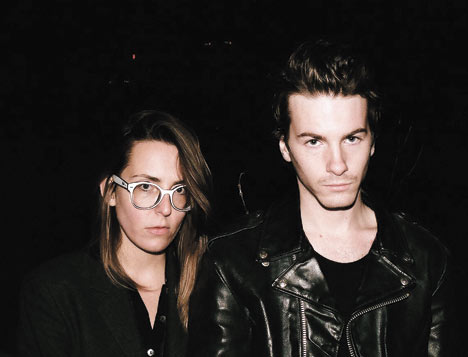 In the days leading up to veritable sweaty behemoth Coachella, many national acts are cooling their jets, taking breathers, stretching their hamstrings before the big back-to-back weekend shows.

Those in the Bay Area smart enough to avoid that desert feather clusterfuck are to be rewarded this week with some mighty fine local and touring acts; musicians preferring to opt out of the chaos (or those that are simply stopping by on their way to the fest).

In that latter mix – bands dropping in before plopping down in the desert sun – a few ’90s big sellers and underground giants of the same era are indeed here this week, but their shows are, naturally, already long sold-out or too damn near it to call (Jeff Mangum, Mazzy Star, Radiohead, fIREHOSE). But if you already have tickets, mazel tov!

With that, I present your must-see (and might actually have the chance to catch) Bay Area concerts this week/end:

Festival of Resistance
Psychedelic farmageddon witchcraft act Future Twin (also a featured On the Rise band), Apogee Sound Club, Black Swans, and the Rabbles play this daytime benefit for the 99 Cent Print Committee – a group of writers, musicians, and artists who support activism through print. While a good cause, it’s also your last chance to see Future Twin for the next few months as it’s about to embark on a national tour.
Sat/14, 3-8pm, $5-$10
El Rio
3158 Mission, SF
(415) 282-3325
www.elriosf.com
http://www.youtube.com/watch?v=NFH4Ehi74d0