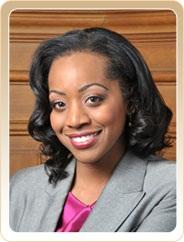 But now Sup. Cohen apparently wants to kick Potrero Hill out of District 10.

At the Redistricting Task Force meeting March 29, Cohen appeared in person, and during public comment said that she wanted to see the Portola district added to D10. That’s a huge change — under most of the proposals floating around, Portola would go into D9. Cohen did not directly address the obvious, inevitable impact of her suggestion, but it’s clear that if Portola goes into D10, Potrero Hill will have to go somewhere else. That’s simple math.

The immediate political impact would be to make D10 more conservative — and stick more of the progressive Potrero voters into either D6 (which would then have to sluff off what — more of the Mission into D9? The Tenderloin into D3? What a mess.)

The folks on Potrero Hill don’t seem happy about this at all. Tony Kelly, a longtime hill activist (who ran against Cohen for supe last year) sent out the following:

With her comments last night, Supervisor Cohen took the side of the real estate industry, and against her constituents on Potrero Hill. The real estate industry has demanded this exact exchange of Portola for Potrero at every Task Force meeting since early January, as part of their plan to re-shape the Board of Supervisors. Neighborhood residents and organizations from Potrero Hill, Bayview, Portola, and elsewhere have been speaking against it at the same meetings.

The real-estate industry wants, of course, to force as many progressives as possible into as few districts as possible, to try to make it easier to elect conservatives from D10, D11 and D1, to go with the moderate/conservative bloc already in D2, D4, and D8 — and guess what? Six vote majority.

I’ve been trying all day to reach Cohen in her office and by cell. So far no response. I’ll let you know if she calls me.