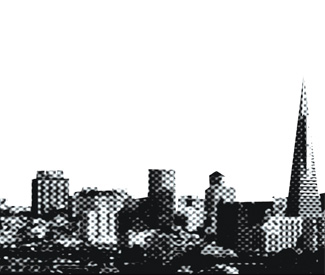 Housing policy — which determines who will be able to live in San Francisco — has been a hot topic at City Hall these days.

At a Board of Supervisors Land Use and Economic Development Committee meeting on Feb. 13, representatives from the Mayors Office of Housing (MOH) reported on the state of middle-income housing in San Francisco, at the request of Sup. Scott Wiener. “Middle class” people make up 28 percent of the city’s population, a 10 percent decrease in the past two decades, and to reverse that decline would cost about $4.3 billion in housing subsidies, or more than half the city’s annual budget.

Wiener, who insists that “middle income and low income housing are not mutually exclusive,” said he’s raising the issue because the needs of the shrinking middle class are not being addressed. But during the public comment period, a long procession of low-income residents say city housing policies have kept them on the brink of homelessness. The takeaway message was: don’t embark on new housing efforts until you can enforce the ones that are already in place.

Also underscoring the desperate state of many San Francisco residents, Assessor-Recorder Phil Ting released a report Feb. 16 that contains shocking statistics about invalid foreclosures and illegal evictions in San Francisco. Ting found that 99 percent of all foreclosure proceedings in San Francisco in the past four years have contained paperwork irregularities, and in 84 percent of cases, banks or lenders have committed fraud or broke other laws.

With the loss of the redevelopment agencies, Mayor Ed Lee’s proposal for a housing trust fund, renewed calls for more condo conversions, and a new focus on middle income housing incentives, the conversation on housing in San Francisco is heating up.

San Francisco’s housing market is 64 percent rentals and 36 percent ownership, according to MOH. So despite the focus of politicians and developers on homeownership, housing policy in San Francisco mostly involves renters, many of whom face myriad threats.

Rents can be so steep that market-rate rental housing is becoming increasingly accessible only for parts of the middle class and the highest income brackets in the city. People in San Francisco tend to pay a huge chunk of their income towards rent.

So, for the middle class, renting a place in San Francisco is tough. For the low and very-low income, it’s next to impossible. And that reality threatens the city’s diversity.

“The highest rent burden still falls on lower income residents, many of whom pay 70 percent of their income as rent,” Sup. Eric Mar, who also sits on the Land Use Committee, said at the hearing. “In my district, people have whole families living in their living room or extra bedroom.”

But things may be looking up for renters. MOH’ Brian Cheu said developers believe that the market trends are heading towards construction of new rental housing after being almost exclusively owner-occupied units for many years. Cheu said there are 725 rental units in the pipeline for the next five to ten years, more than twice the new housing units meant for ownership slated for that time period.

Most of this will be market rate housing, and thus still unaffordable for a good deal of the population. But for those making around 100 percent of AMI — the middle class that Wiener hopes to serve — there are more rental units on the way.

Even as Wiener promised to continue to prioritize the needs low-income residents, the foreclosure crisis was barely acknowledged at the Feb. 13 hearing. Many low-income residents say they are not sure they can trust the city’s claim that “this is not a matter of us vs. them.”

At public comment, many community members spoke of the housing troubles that they were already facing. Yue Hua Yu, who spoke at the Feb. 13 hearing, lives with her family of four in a single residency occupancy hotel room (SRO), units intended for single occupants.

“We would support a policy that protects the city’s affordable housing stock,” said a statement from Wing Hoo Leumg, president of the Chinatown Community Tenants Association.

Renting may be the realistic choice for most San Franciscans, but homeownership remains an important goal and achievement for many families, and the main obsession of many politicians.

Part of the middle class exodus is unmistakably due to better homeownership rates in Oakland, Daly City, Marin, and other surrounding areas. But there are neighborhoods with higher rates of homeownership than others, including Bayview-Hunters Point.

BHP has long been a prime spot for low-income homeowners, but it’s slated for extensive new housing construction in the coming decades that could compromise its affordability. It is also an area hit hard by the foreclosure crisis: there have been 2,000 foreclosures in Bayview in the past four years, according to Ed Donaldson, housing counseling director at the San Francisco Housing Development Corporation.

Rising prices and the foreclosure crisis have played a large part in the large-scale African American out-migration that has devastated San Francisco communities in recent decades.

One of the biggest points of controversy in the homeownership debate has been the issue of condo conversion, which was brought up again this past week at the Feb. 14 Board of Supervisors meeting, when Sup. Mark Farrell asked Lee if he would support legislation to let 2400 tenancy-in-common (TIC) owners bypass legal limits and fastrack towards condo conversion.

Farrell framed this as “a vehicle to allow residents of our city to realize their goal of homeownership.”

On Jan. 16, the city held its annual condo conversion lottery, in which 200 lucky TIC owners win the chance to convert their units into condos, thereby legally becoming homeowners. TICs and condo conversion have long been fraught with controversy in San Francisco, where there is never enough housing for everyone who wants it.

Condo conversion proponents say that turning a TIC — usually a building that used to be rental housing that has been purchased by a group of people that own it in common — into condos is a cheap way to become a homeowner in a city as expensive as San Francisco.

But tenants rights advocates have long opposed this process on the basis that it depletes the city of its rental housing stock. “When you have more condo conversions, you have more evictions, and it’s harmful to low-income residents” Gullicksen said.

This controversy, and the struggle to maintain a balance between opportunities for homeownership and reasonable rents has raged in San Francisco for years. In 1982, the Board of Supervisors passed a limit of 200 condo conversions per year as a compromise. There are no regulations, however, on converting rental housing to TICs.

“This has come up almost every single year for years and years about this time,” said Peter Cohen, organizer with the Council of Community Housing Organizations.

This year, however, proponents are not simply reiterating a request to bypass the condo conversion lottery. Plan C, a coalition of San Francisco moderates, is pushing for adding a fee to condo conversion, ranging from $10,000 to $25,000, which would go towards an affordable housing fund.

Mayor Lee said that he is open to considering a change in condo conversion policy, “providing it balances our need for revenue for affordable housing, the value that responsible homeownership brings to the city, and the rights of tenants who could be affected by a change in policy.”

This comes at a time when the city is facing a loss of millions per year for affordable housing with the dissolution of the redevelopment agency (see “Transfer of power, Jan. 31).

That dissolution led to Mayor Lee’s plan for an affordable housing trust fund, to be voted on as a ballot measure this November. The kick-off for that plan also began recently, with a press conference and big-tent meeting to discuss what it might look like.

On the day after the Land Use Committee meeting, where he started the conversation on “middle class” housing, Wiener posed a question to Lee at a Board of Supervisors meeting, asking how the mayor plans to “ensure that the housing trust fund that comes out of the process you have convened will meaningfully address the need for moderate/middle income housing.”

Some are concerned that too much of the trust fund could be allocated outside low-income demographics. “There’s a limited size pie of resources,” Cohen said. “Just in a matter of the last months, we lost the redevelopment agency. The city is madly scrambling to try to replace that through housing trust fund, and working to get us back to somewhere close to where we were…Is that pie, that has dramatically shrunk, going to be stretched further for another income band?”

That question will be important when the proposal goes to vote in November. According to Donaldson, many low-income homeowners will not vote for the measure unless it addresses their needs. The specifics of the measure calling for the trust fund are still being worked out. But, it will likely be funded by an increase of the transfer tax paid when homes change ownership.

Yet that proposal was the subject of an unusual political broadside from the San Francisco Association of Realtors, which last week sent out election-style mailers attacking the idea. “Brace yourself for an unexpected visit from the city’s tax collector,” the mailer warns, showing the hand of government bursting through the wall of a home, urging people to contact Lee’s office.

The measure may also see opposition from low-income communities, especially if, as Wiener has urged in the past week, it allocates a chunk of funds towards middle-income housing.

“It’s hard to find people who will support it. They’re saying, ‘what’s in it for me? Why would I vote for a transfer tax that I’m going to have to pay to help finance the building of affordable housing or middle-income housing. Why support programs that will support middle income people, who make more money than existing homewoners?” explained Donaldson. To agree on a way forward for housing in San Francisco, policymakers will need to reconcile a range of interests. In the worst-case scenario, the profit interests of realtors and developers will overtake the interests of San Francisco families struggling to continue to live in the city they love. But housing advocates are willing to work together to come to a solution. “Let’s put everything on the table, and let’s figure it out. In the spirit of cooperation, and with the understanding that each respective constituent group is not going to get everything that they want, but let’s put all the cards of the table,” said Donaldson.