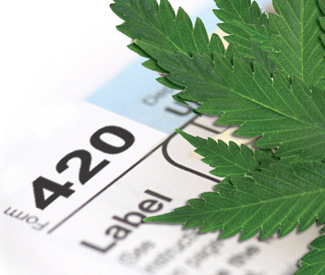 HERBWISE It’s happening again. Last autumn when your favorite dispensary got shut down in the wake of receiving a threatening cease-and-desist letter from the Department of Justice — well there’s warning signs that the remaining 21 cannabis collectives in San Francisco won’t be 21 for much longer. The DOJ requested the Department of Public Health records for 12 dispensaries in January, a move that preceded its last round of forced dispensary shut-downs.

It’s a time of a lot of uncertainty for the medical marijuana (although you could make a compelling argument that it’s never been on completely solid footing). Various tactics are being taken to shore up its legality, including a passel of proposed ballot initiatives that have varying chances of presenting themselves to California voters in November, from bids to legalize weed entirely to proposals for a statewide regulatory body for the existing medical system. Hey, there’s even reality TV shows (the Discovery Channels Weed Wars, which focused on Oakland’s Harborside Health Center) out there on which earnest dispensary staffers let the United States public in on just how above-board working in a cannabis center can be.

Henry Wykowski is not a signature collector. Nor is he a television producer. Wykowski is actually a San Francisco-based trial attorney, one that specializes in the field of cannabis tax law. This fact makes him the perfect candidate for the endeavor he is currently embarking on: to kickstart a nationwide campaign to convince the federal government to change a part of the national tax code that disallows cannabis dispensaries from deducting business expenses on their taxes — a tactic recently harnessed by the IRS to demand $2.4 million from Harborside in “owed” taxes (Wykowski represented Californians Helping to Alleviate Medical Problems in a similar case in 2007, in which a court decided that business expenses were deductible for cannabis dispensaries except where they pertained to the actual dispensing of marijuana).

How does Wykowski hope to enthuse a nation over tax code quibbles? The Guardian contacted him via email to find out. His answers were somewhat tax lawyerly — which definitely doesn’t mean we don’t applaud his efforts.

Henry Wykowski: To have IRS Section 280E modified to exclude state authorized medical cannabis dispensaries. 280E was instituted to deprive drug dealers from being able to deduct their business expenses before any states passed laws authorizing the sale of medical marijuana. There are now 16 states and the District of Columbia that have authorized the use of medical marijuana. It was not intended to deprive dispensaries of the right to deduct ordinary and necessary expenses and should not be used to do so.

SFBG: How do you plan to make this campaign go forward?

HW: By letting people know that there is an organized effort to change this punitive provision and enlisting their support in doing so.

SFBG: Do you imagine it’ll be difficult to get people behind an imitative to change the tax code?

HW: No. The majority of people support the legalization of medical cannabis. Once the patients and other supporters learn that the unfair application of 280E could tax dispensaries out of business, the support will come. Right now most people aren’t aware of Section 280E or its potential consequences.

SFBG: How will you activate people that aren’t cannabis’ traditional base? Will you need to?

HW: By getting the message out. We welcome everyone’s support.