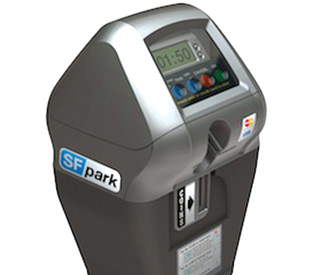 The San Francisco Municipal Transportation Agency has hailed the success of its SFpark program — which uses high-tech meters and demand-variable pricing to manage on-street parking — noting that expired meter citations are down and meter revenue is up. The resulting 11 percent net increase in revenue  is all going to improve Muni. So transit improves, drivers get more spots and fewer tickets — everybody wins.

[CLARIFICATION (2/1): The new meters had an 11 percent net revenue increase compared to the old meters, but overall net revenues from citations and meters was still down by 3 percent.]

But the SFMTA has run into a hornet’s nest of opposition with its latest proposal to expand SFpark into the Northeast Mission District, Potrero Hill, Dogpatch, and Mission Bay, largely because the plan involves placing meters on streets where parking is now free. And even those who don’t object to paying for parking say the SFMTA has bungled this process.

The problem isn’t just what critics say are arrogance and dubious outreach efforts by agency officials. It may be that the SFMTA pursued too many goals at once, mixing them in ways that muddled the message. Or it may just be that charging for parking will always anger drivers, no matter how it’s proposed.

The agency wants to discourage driving — particularly cruising for parking, hence SFpark’s “Circle Less, Live More” slogan — to speed up Muni and reduce traffic congestion. But that also means charging for street parking so cars won’t just sit in those spaces, and that involves a complicated balancing act in mixed use neighborhoods.

Residents, many employers, and commuters want all-day street parking, preferably free and easy. But most business owners want enough parking turnover so their customers can find a spot. City policies call for prioritizing residents’ needs, and the SFMTA needs money to fund and expand Muni service.

Meeting all of those needs isn’t easy. But over the last couple of months, the SFMTA’s effort to expand its successful and popular SFpark program have managed to turn thousands of residents angrily against that program, the agency, and the proposition that people shouldn’t expect free parking.

Architect John Lum and artist-designer Miranda Caroligne didn’t know each other a couple months ago, but now they’re helping to lead a movement that is uniting neighborhood groups in the Mission, Dogpatch, and Potrero Hill against the parking meter proposals.

“You have an agency that is not listening at all to the community. That’s fascism!” declares Lum. He’s actually an amiable and soft-spoken young guy who employs 10 people at his architecture firm near 17th and Capp streets, but this issue really gets his blood boiling.

And Lum isn’t alone, as the Jan. 13 public meeting before an SFMTA hearing officer showed. Not only did everyone who streamed to the microphone voice opposition to the proposals, but they usually did so in angry and accusatory ways, saying it would destroy businesses, punish the poor, and result in conditions that are simply unworkable and intolerable. And they said the SFMTA simply doesn’t care.

“If you’re a PDR business,” Caroligne said, referring to the Production, Distribution, and Repair businesses whose last bastion is some of the targeted areas, “you’re never going to get people to work at a place that doesn’t have parking…This proposal will push them out.”

There are myriad ways that the plans are flawed, say their critics: Meters were proposed on some residential streets in initial plans, despite SFMTA policies to the contrary; traffic surveys had too small a sampling and weren’t realistic; residential permit districts would be replaced by meters, or meters would be placed where districts might work better; transit service on Potrero Hill is too bad to expect people to use it; live-work spaces were inappropriately treated like retail outlets; and meters near the 22nd Street Caltrain station could actually discourage the use of public transit.

“There’s not that much disagreement, but where there is, it’s really important,” said Tony Kelly, president of the Potrero Boosters Neighborhood Association. “I’m someone who supports parking management, and I’m frustrated that the MTA is so tone deaf with this. We’ve been through a lot of fake public outreach efforts and this is looking like one of those.”

Janet Carpinelli, president of the Dogpatch Neighborhood Association, said her members feel like the SFMTA is ramming this through without regard for the needs or input of that neighborhood.

“The real issue is it’s a very big inconvenience to the businesses and residents in this neighborhood and it’s not really helping anything. It’s just a revenue grab by the MTA,” she said.

Potrero Hill resident Jim Wilkins was so outraged by the proposal to install meters along Pennsylvania Street outside his home that he started an online petition against the proposals that has so far garnered about 1,300 signatures. “We’re forming an organization to resist these proposals,” he told us.

Lum was already a member of the 17th Street Coalition, which formed in 2010 to oppose the renewal of a liquor license at the local Gas’n’Shop, but more recently organized opposition to the meter proposal. It attracted Caroligne, and now they’ve formed a new group, Northeast Mission Neighbors, which held a joint organizing meeting with the Dogpatch and Potrero groups on Jan. 23. They’re all determined to delay and modify the SFMTA’s proposal, which had been scheduled for adoption by the SFMTA Board of Directors Feb. 7.

Lum said the proposed changes are tough to accept: “I don’t think this is about free parking, it’s about living and working in a community with certain things and now those things are changing.”

The biggest target of critics’ ire is Jay Primus, who runs the SFpark program for the SFMTA. He maintains that he’s done extensive outreach and gathered community input that has shaped the plans. “These are still proposals and nothing has been approved yet,” he told us.

For example, Wilkins told us his campaign continued even after the meters in front of his house were eliminated from the proposal last month. Primus also noted the proposed meters allow for all-day parking at just 25 cents an hour in most places, so it isn’t really such an inconvenience or financial hardship. And Primus just announced that the Feb. 7 hearing is being pushed back by at least two weeks to heed more community input.

But most of the opposition to the proposals isn’t surprising, and Primus thinks it comes more from the idea of charging for street parking than with the specifics of the proposal.

“Parking is always an emotional and delicate issue in San Francisco, as it is in most cities,” Primus said, citing protests against charging for parking going back to when the first meters were installed in 1947. “This has happened at every block that has gotten meters.”

But now, there are even more benefits and ease of use with modern meters, which motorists can pay with a credit card or even remotely. Variable pricing is also used to ensure more parking based on demand, although it’s being kept at a very low rate in areas where businesses or residents still need all-day parking.

“If people are opposed to paying 25 cents per hour, the lowest rate in the city, then they are opposed to paying for parking,” Primus said. He said it’s a matter of equity among citizens: “There’s nothing equitable about providing parking for free and asking people to pay $4 for a round trip Muni ride.”

That’s a notion that is echoed by others who say it’s time for motorists to start paying their fair share.

“Everybody wants something for nothing. We all want that. Nobody wants to pay for parking, not even me,” Don Shoup, the UCLA professor who wrote the influential book The High Cost of Free Parking, told us. He later added, “That whining you hear is the sound of change.”

At a time when governments are hurting for revenue to provide basic services — among them, maintaining extensive roadway systems for motorists whose taxes don’t come anywhere near covering their societal impacts — he said it just doesn’t make sense to continue subsidizing the storage of automobiles.

“San Francisco has some of the most valuable land on earth. You have expensive housing for people and free parking for cars. It’s not surprising that San Francisco has homeless people and traffic congestion,” Shoup said. “There was never a city that is so liberal about other people’s affairs and so conservative about its own affairs.”

But Shoup did agree with critics that the real goal of managing parking isn’t to discourage driving, although he applauds the SFpark program for using its increased revenue on public transit, which he thinks makes sense from a social justice perspective.

Jason Henderson, a professor of geography at San Francisco State and author of an upcoming book on the politics of parking and mobility, goes even further than Shoup in saying that San Francisco should use its parking policies to discourage driving. But at the very least, Henderson said it is counterproductive to offer free parking.

“The city is giving away valuable real estate with all of this free and underpriced curbside parking at a time when the city’s transportation infrastructure is crumbling and essential city services for parks, after school programs, and libraries are constantly being cut. And here we have thousands of acres of real estate just being given away,” Henderson told us.

“If anything, it needs to be done citywide so that it’s judicious and level, so that merchants won’t say that people won’t come to their neighborhood because they can go to a different neighborhood where there’s free parking.”

Primus said there is a particularly strong need to manage parking around Mission Bay and the North Mission, where much of the city’s growth is occurring.

“In a way, the SFMTA is catching up with the growth of the city. These are some of the last remaining areas that are residential-commercial mixed use areas with no parking management,” Primus said.

Kelly agrees that time has come, but he doesn’t think the SFMTA has helped its case, particularly given the emotions surrounding the issue and the need to maintain public support for improved transit service.

“They’ve been spending all their waking hours in the last couple years pissing people off over parking meters, do you really think people will then support their revenue proposals?” Kelly questioned.

Lum and Caroligne both said the SFMTA should have been willing to make the fundamental argument to people that the days of free parking are coming to an end.

“That’s where a lot of the anger is coming from, you’re doing this for all these reasons that don’t make sense and treating us like children,” Caroligne said, although she also added, “I agree with you that there would still be some outrage, even if the outreach had been better.”