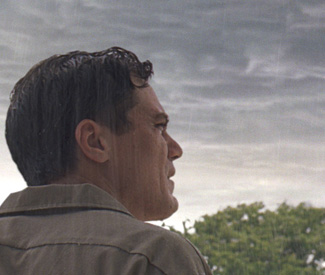 YEAR IN FILM As everyone and John Cusack knows, 2012 is it. And not in a “billboard-buying Alameda radio preacher Harold Camping’s bungled Rapture predictions” kind of way. This is an all-in situation. The Mesoamerican Long Count calendar, a complicated and ancient system most enthusiastically explained by conspiracy theorists, winds up its 13th 144,000 day cycle on December 21, 2012. TL; DR: we’re toast.

Though pesky, facts-knowing Latin American archaeology scholars have suggested that this doesn’t actually mean the end of the world is nigh, good luck dissuading zillions of bloggers, survivalists, religious fanatics, super-volcano watchers, and people who lie awake at night, biting their fingernails over the Large Hadron Collider. Imminent catastrophe awaits! Are you ready?

Enter Hollywood, which in its 100-plus year history has never had any qualms about exploiting society’s extant feelings of fear and dread. In 2009, 2012 prophesized global destruction (“Mankind’s earliest civilization warned us this day would come!”) as only a film with a lavish special effects budget could. Yet it offered last-act hope, a preferred tactic of master of disaster Roland Emmerich — who, having ice-aged, Godzilla’d, and alien-invaded the planet in a succession of go-boom films over the past 15 years, switched gears in 2011 with Shakespeare mystery Anonymous. (Last-ditch artistic atonement, perhaps?)

The apocalyptic films of 2011 took a different approach, opting to emphasize existential terror instead of fireballs, with no happy endings in sight. Lars von Trier’s Melancholia inspects the one percent by peering into the lives of two privileged sisters: depressed Justine (Kirsten Dunst) and anxious Claire (Charlotte Gainsbourg). The film’s first half unfolds at Justine’s lavish wedding reception — held at Claire’s horsy estate — which devolves into a mini-disaster movie of its own. The stretch limo carrying the newlyweds is too bulky to navigate the property’s narrow, curving driveway, until the bride slides behind the wheel and gets the tires pointed in the right direction. It’s Justine’s last moment of glee, as her marriage-jinxing erratic behavior soon gives way to crippling malaise.

As it turns out, a newly-discovered planet, conveniently named Melancholia, is heading toward earth. A collision course is not guaranteed, but it’s pretty obvious where things are heading, and this is not the kind of movie that sends Bruce Willis into space with drilling equipment to save the day. As Claire whips herself into a panic, clicking through fear mongering websites (Melancholia‘s only evidence of a world beyond the mansion’s well-manicured grounds), Justine accepts the impending apocalypse with cool detachment. “The earth is evil,” she tells her sister. “We don’t need to grieve for it.”

Though there’s no looming threat from outer space, the sky looks plenty ominous to Curtis (Michael Shannon), troubled protagonist of Jeff Nichols’ Take Shelter. Nightmares of the I-wake-up-screaming variety have become a regular thing, and though Curtis desperately needs the health insurance provided by his construction job — his daughter (Tova Stewart) is about to get an operation to restore her hearing — he’s become obsessed with upgrading the storm shelter in his backyard. Friends and neighbors, initially supportive, become angry and confused. A public meltdown is inevitable: “There is a STORM coming like nothing you have ever seen, and not A ONE OF YOU is prepared for it!” he bellows at a community dinner, spewing fire like a small-town Cassandra.

There’s more: Curtis’ mother is schizophrenic. Is history repeating, or are his visions actually prophetic? Is Nichols hinting at Biblical themes, or is he making a statement about mental illness, or the destruction of the American dream? The film’s provocative finale could be interpreted a variety of ways; though there’s no Melancholia-style conclusion, Take Shelter‘s message remains memorably unsettling.

But even if the world doesn’t actually take a buy-out in 2012, it’ll get there someday — as Terrence Malick’s dreamy Tree of Life, which is more or less the story of everything that has ever and will ever happen, points out. For film fans, the signs of a dying planet are all too clear. Just take a look at the top-grossing movies of 2011: all of them are either sequels or part of a series. Transformers: Dark of the Moon relieved ticket buyers of over $352 million, even though previous installment Transformers: Revenge of the Fallen (2009) was scientifically proven to have sucked the soul out of anyone who watched it. (True story.)

With the crap economy making even gigant-o-stars nostalgic for their $20 million paydays, the Hollywood-industrial complex concentrated on proven moneymakers, with a few notable exceptions (bless you, Bridesmaids). In 2011, all bets were off. No cult property was too sacred to remake, no “reboot” deemed unnecessary, no superhero with the word “green” in his name unworthy of an entire feature film, no use of 3D too gratuitous. Original ideas were placed on the endangered species list, unless you counted the very small handful of smarter films that somehow managed to break through (look hard; most of them came out in December). Though there’s always a chance that entertainment aimed at the masses will have a brain (2012’s The Dark Knight Rises looks promising), that’s all there is. A chance.

Worse yet: recent news that major film studios plan to stop releasing 35mm prints from their archives. Rep houses will be forced to show films either digitally or not at all. It’s a cost-cutting measure that will deny future generations the irreplaceable delight of watching a movie projected from film, as was intended by the artist who made it. (Somewhere, Stanley Kubrick is seething.) Why bother going to see an old movie at all, if you’re just gonna be watching the equivalent of blown-up DVD? Might as well stay home and watch the Kardashians shop for shoes that cost more than your rent.

Man, maybe I am ready for 2012 after all. At least there’s an alternative end-times scenario to look forward to: the adaptation of Max Brooks’ excellent novel World War Z, about a world rebuilding itself after a zombie holocaust. Its not-so-coincidental release date? December 21, 2012. You’ve been warned.