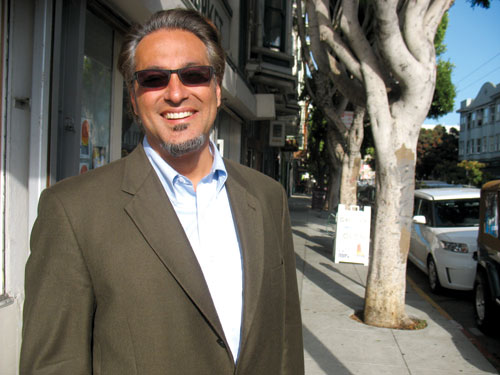 There is eager speculation – and lots of public and private pressure being applied to Mayor Ed Lee – over the question of who he will appoint to fill the District 5 seat on the Board of Supervisors that is being vacated by Sheriff-elect Ross Mirkarimi.

Anti-progressive entities from the San Francisco Chamber of Commerce to the San Francisco Chronicle are urging Lee to appoint a fellow moderate to the solidly progressive seat, despite the outrage that would trigger on the left and the difficulty that appointee would likely have keeping the seat after the November election.

Chron columnist CW Nevius today published a weird little puff piece plugging London Breed – a moderate who wants the D5 seat, a fact he strangely didn’t mention – and her leadership of the African American Art & Cultural Center. Chron columnist Leah Garchik also pumped up Breed as a D5 appointee last week. Nevius’ column in particular seemed to be a thinly veiled attempt to influence the decision, despite the regular insistence by Nevius and others at the Chron that they never have a political agenda or try to influence City Hall. Yeah, right – at least we at the Guardian are honest about our advocacy for more progressive city leadership.

Breed is being strongly pushed by Willie Brown, the former mayor and current Chron columnist, as well as most of the city’s African American ministers, such as Revs. Amos Brown and Arnold Townsend, who showed up at last week’s Board of Supervisors meeting and followed Lee back to his office after his appearance before the board.

Sources connected to the ministers told us that Lee hadn’t returned their phone calls in recent weeks and they were angry about the snub, so they showed up to let him know and mau-mau him into appointing Breed. Indeed, Brown did get a private meeting with Lee after his followers wedged their way into the office.

Reporters had asked Lee about the D5 appointment just moments before and he said that he was in no hurry to make a decision. “I want to pay my respects to many groups in District 5,” Lee said.

While many names have been floated as D5 contenders, there are a few that rise to the top. Malcolm Yeung, public policy director of the Chinatown Community Development Center, is being pushed by Rose Pak, the Chinatown power broker who worked with Brown to get Lee into Room 200.

But given Lee will probably avoid simply choosing between the Brown and Pak choices – unless they can privately coalesce around someone, which is certainly a possibility – most City Hall speculation these days falls on Christina Olague. The Planning Commission president comes from the progressive camp but she also served as a co-chair of Progress for All, creators of the Run, Ed, Run campaign that persuaded Lee to run for a full term.

Speaking to the Guardian in October, Olague denied that her early endorsement of Lee had anything to do with the D5 seat, which she said she wasn’t seeking but would take if offered. “If we get progressives to support him early on, maybe we’ll have a seat at the table,” was how she explained her support for Lee.

On Friday, Olague showed up for Mirkarimi’s art opening and holiday party in his City Hall office, and she chatted with other possible contenders for the D5 seat, including Quintin Mecke, Julian Davis, Gabriel Haaland, Jason Henderson, and Michael O’Connor. Asked by the Guardian if she had any insights into how the appointment was going, she said all she knows is what she’s read online and in the newspapers.

And so we wait.