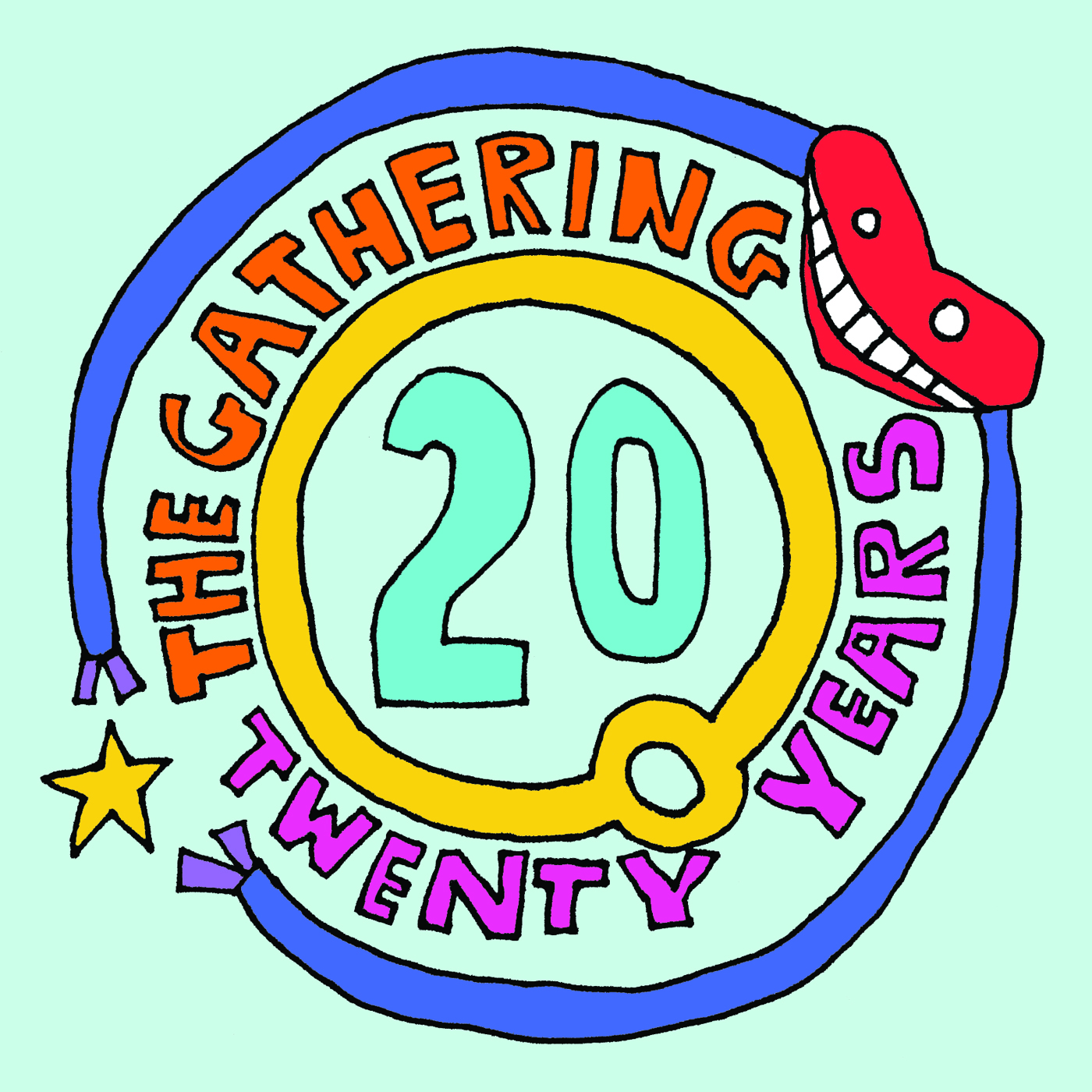 Earlier this year, SF’s Wicked rave crew celebrated 20 years, and now another seminal and actually legendary party, The Gathering, will mark two full decades of debauchery on Sat/17 (10pm-6am, check the website for location and price — it’s ravey that way! — and here’s the Facebook invite). This party will feature an all-star lineup of much-loved DJs, from Justin Martin and many of the cross-pollinating Wicked and Sunset party DJs to Raindance’s Little John and club stalwart Toph One.

The Gathering started when promoters from separate, then-smaller parties — Malachy from Come-Unity, Tony from Destiny, Kenny and Harry from Pieces, and Martin Eklypz — decided to combine forces for something huge, “and the circle was complete” according to the Gathering’s legend. “Malachy busted out an old Hopi prophecy book” with a passage for that year, 1991, that read:

“For those that stay here on Grandmother Earth, they will totally gain the light of the great light wheel. There will be one planet, one humanity composed of all the different ways of dances in complete harmony in the gathering together circle. In 1991 the seeds will be planted … “

(I remember arriving in Northern Cali from my own much more aesthetically materialist — as in physically grounded — rave tradition in Detroit, and being shocked by the spiritualism and cultural appropriation of the scene here: the prayer circles, Indian invocations, candle-lighting ceremonies, and Buddhist overtones that eventually coalesced into Burning Man culture as the regular rave scene slowly retreated into shadows. I’ve grown to look upon it all fondly as an expression of, and hope for, transcendent possibility.)

Early clips of The Gathering:

I’m really excited about this 20-year shindig — it will now actually be a gathering of some of our scene’s acknowledged masters letting their hair down. I’m not sure if it’s all-ages yet, but I’m thinking there will be a god-sized contingent of the young and curious talented as well. (Thd Gathering has been throwing annual get-togethers for a while now, but this one should be extra-special.)

I got to exchange a few questions via email with The Gathering’s Martin — Martin O’Brien of Mo Films, that is, here’s a good recent radio interview with him — about the Gathering and an upcoming film he’s working on with DJ Jeno of Wicked (also spinning at the party) about the early Bay Area rave scene.

SFBG Can you share a favorite memory of one of the early Gatherings? I know there are a ton …

MARTIN Wow, a favorite memory. What a question. Well… I will have a quick smoke, that normally gets the creative juices flowing ;-)..  i’m back.. 🙂

One of my favorite memories of The Gathering rave parties would be when the hill caught fire at the Let Freedom Rave festival (later shortened to Freedom) on July 3rd, 1993, at Sand Hill Ranch in Brentwood. It may sound like a sandy hill should not catch on fire, but there in fact there was a lot of brush and small trees, and it caught fire real fast, with a little help from a bottle rocket..  it was July 4th weekend after all 🙂

The place went into a bit of a panic, the music stopped, and thousands of people ran out of the festival into the parking lot, but some brave souls led by a off-duty fire fighter ran up the hill, with dozens of five gallon water bottles from the free water bar. The guy led them above the fire as he knew it would it would naturally burn uphill, and they made a fire break by pouring the water along a line across the hill (it was a big hill!!)

They grabbed fallen branches of trees, used their jackets, anything they could find and beat the fire out! People were dancing on the f’in flames, they wanted the party to go on that much. It was spectacular! When the throngs of people in the parking lot saw the fire was out, they all came running into the party by the thousands. DJ Jeno pulled the perfect track out to kick off the party again, with a vocal that said “for those of you who can feel the fire burning, check this out” and BOOM!! The bass kicked and the place went absolutely ballistic!!

SFBG What are some of the challenges to putting on an event now compared to back in the day?

MARTIN Putting on parties back in the day was a lot harder. Remember, we were trying to stay one step ahead of Johnny Law, breaking into warehouses, doing mad parties all night long with no permits in all kinds of strange locations. Plus today’s rave promoters are very limited in where they can hold their events, especially the bigger ones. Rave is still a four letter word to a lot of the general public, and to the powers that be.

SFBG Do you still follow the techno and house scene as much now?

MARTIN Yes I do still love the music, and go out to some events for sure. Sunset parties, Friends & Family, and others. That love of the music never really goes away, a person may stop going out a lot, or even stop going out altogether, but the music never leaves your heart. For sure it was combination of many elements that made raves so special and potentially life-changing, but the music was the driving force that people resonated with because it was self interpretive, and you could go on an inner journey to make your self a better person.

SFBG You’re doing a film about the early Bay rave scenewith Jeno from Wicked, yes? Can you tell me a bit about it and when will it be released?

MARTIN Yes, Jeno and I are making the documentary, with our partners Robbie Proctor and Mike Koeppel. It is a Lunar-tic / Mofilms production. The film is titled (R)evolutions, it is a feature-length documentary that will take you on a fascinating journey through the early days of the San Francisco rave underground. Emerging from a city with a long history of fostering counterculture, it was an evolutionary social movement stemming from a diverse community of Americans and expats that embraced technology, psychedelia, music, and dance. Renegade in nature, DIY in spirit, these all-night electronic-music dance parties became a catalyst in the lives of so many who experienced them. It is beautifully shot in high-definition, with amazing archival footage that takes you back in time. The film features interviews with many of the pioneers who helped develop a cultural phenomenon that continues on globally to this day. The soundtrack made up of the music from the era, seamlessly stitched together into a live DJ set by our very own DJ Jeno. We are currently doing the final sound mix at Skywalker Sound (Lucas Film) in Marin.

We are almost done with this behemoth of a project, that we have been working hard on for close to two years now. I am sure the question on peoples’ minds is when can we see it. In fact I believe I have heard people say “I can’t wait to see it”, a thousand times. Believe me, we cannot wait to show the film to everyone, as soon as we possibly can. So we have entered a few top tier film festivals, The San Francisco International Film Festival, and South by Southwest, to name but a few, and plan to secure a North American theatrical distribution deal by being in one of these festivals. So all going well, people will be able to see the documentary screened here in San Francisco in April, or in Austin Texas in March. It would then come out in theaters in North America a few months after that.

And if people want to see any of my Mofilms company’s previous films, they can watch them free of charge at www.mofilms.org