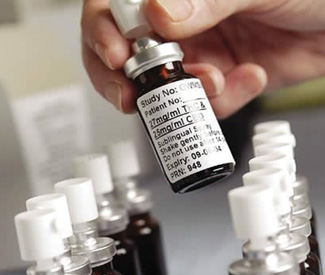 Hey, how are you? You haven’t responded to my tweets, so I though I’d get at you on here. We have some things to discuss.

In all of the hubbub surrounding Occupy, the nationally-coordinated strikes on encampments, the general unrest, and the inspirational organizing taking place during this dour period of history our country is now experiencing, you’ve made next to no response.

But your federal agencies have managed to find time in the middle of said havoc to attack marijuana dispensaries and grow-ops that are legal under state law. Last week, they raided (way too much of that word going around these days) 15 of them in Washington State.

On a related note, we need to talk about Sativex. Oh what, you thought we didn’t know? Don’t make this turn into a Beyonce video.

Let me tell you what I’m for sure about, and then we can talk about what I don’t understand.

I know for sure that Sativex is a drug developed by British company GW Pharmaceuticals, which declined to answer any of my phone calls while researching this letter so it’s a little unclear where exactly the drug stands on its path to legality in the US (it’s already being prescribed in Europe and Canada). Sativex is used to treat multiple sclerosis spasticity, or muscle tightness. Currently, it is in Stage III trials in the United States for use in the treatment of cancer patients, trials that are being conducted by Otsuka Pharmaceuticals, the company handling the drug’s development in the US.

Sativex (and this really gets to the heart about why I’m writing to you via the Guardian cannabis column) is made from marijuana. It has been tinctured and refined into a mouth spray that contains both THC, and — unlike the synthetically engineered Marinol, which is currently being prescribed in the United States to deal with nausea and lack of appetite in cancer patients — cannabidiol, or CBD, the other cannabinoid in marijuana. It doesn’t work as fast as smoking the stuff though, in a doobie say, or bong.

But it is still cannabis albeit in an adulterated form and if things proceed as they have been, doctors will be able to legally prescribe it. Of course, it’ll be way more expensive than Humboldt’s finest — estimates for cost of treatment are pegged around $16 a day.

Now. The other day, as I wrote in this selfsame column (“Some joy in Mudville”, 10/16/11) I ran into a one Lynette Shaw, who runs the Marin Alliance for Medical Marijuana. She’s a patient herself and has been fighting for safe, comprehensive access to medical cannabis for over two decades. Her Fairfax dispensary, which sits on land the city specifically zoned for the purpose, is in danger of being closed because federal agents have threatened her landlord with jail time for allowing his property to host illegal drug trafficking.

Marin County, for whatever reason, has one of the highest incidents of breast cancer in the country. Is this where Sativex will be marketed?

We’ve all been wondering, Prez, why on Earth your administration would choose this moment in time to make moves on state-legal growing operations. We’ve been told that it’s election year maneuvering, but even that’s not cynical enough for me.

Here is what is not: you’ve received more than $1.6 million from the health sector — doctor’s associations, health insurance companies, pharmaceutical companies — since the beginning of the year. That’s more than any other candidate, in fact you edged out the next runner-up Mitt Romney by over $700,000. It would appear that Big Pharma has identified its horse in this race.

So that’s it on my end. From you, I’m just looking for some answers. Why processed drugs over plants? Why does cannabis have to be passed through a lab and profit the pharmaceutical industry to get fair clinical trial testing? Must all of our medicine be corporatized to be deemed beneficial to us?

My email’s up there.