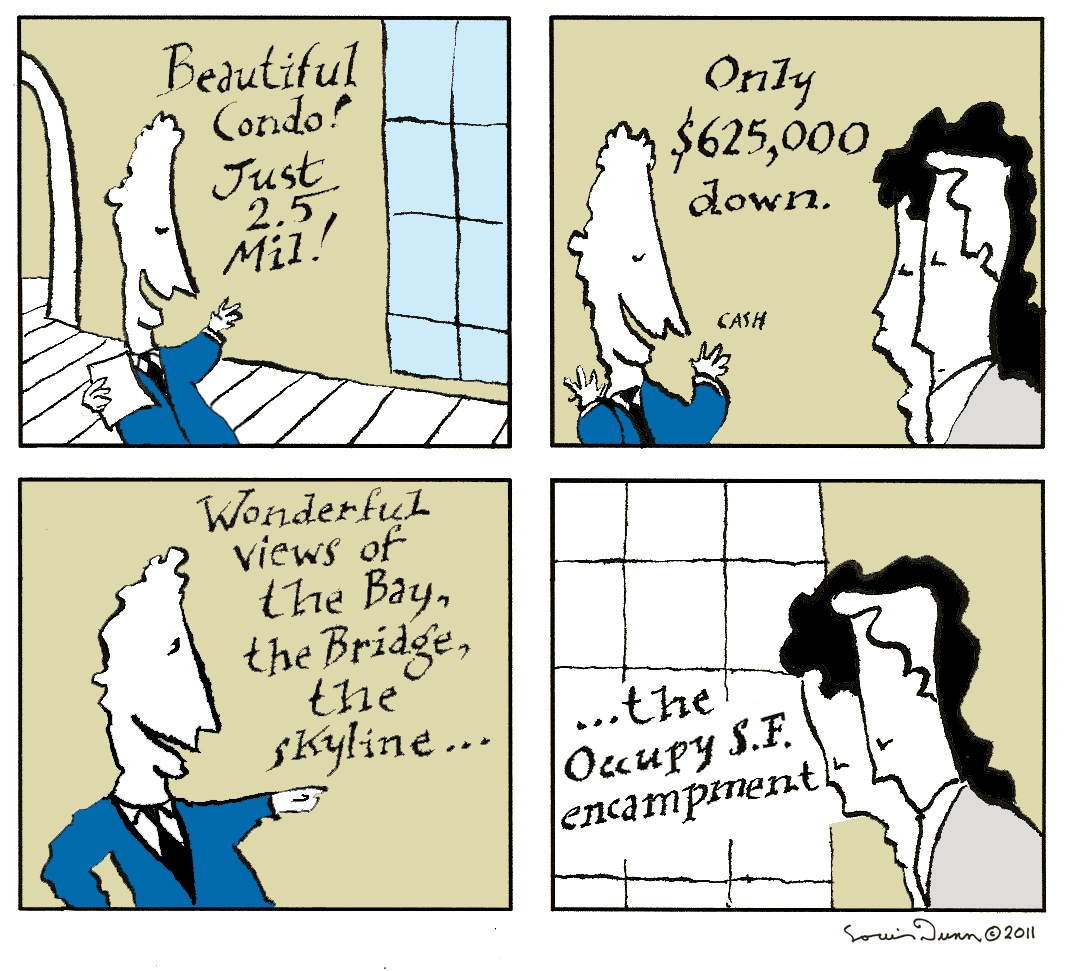 EDITORIAL While Mayor Ed Lee struggles with the OccupySF encampment, another, very different group has its eyes on the city’s waterfront. On the edges of the ground where protesters are talking about the one percent of Americans that control the vast majority of the nation’s wealth, two major development projects aimed entirely at that very wealthy sliver are starting to move forward.

At 8 Washington and 75 Howard, developers want to build a total of 365 condominiums aimed at people with incomes that place them in the top sliver of the richest Americans. It will be a key test for the Ed Lee administration: Will he evict the Occupy protesters and allow the One Percent to claim choice property on the waterfront?

The 8 Washington project calls for 165 of what developer Simon Snellgrove says will be the most expensive condos ever built in San Francisco. The 12-story building, sitting on the edge of the Embarcadero, would include units selling for as much as $10 million, and even the low-end places would go for $2.5 million or more.

At 75 Howard, the Paramount Group and Morgan Stanley want to demolish a parking garage and erect a 284-foot tower with units that the San Francisco Business Times predicts would sell for at least $1,000 a square foot.

Just to be clear what we’re talking about here, a $2.5 million condo, according to real estate experts, would require that a buyer have $625,000 cash to put down and an income of more than $450,000 a year. Either that or millions in spare cash to plunk down.

That, needless to say, is not the majority of the working people in San Francisco.

There’s no conceivable planning or housing-policy rationale for either of these projects. They offer nothing that the city needs; there is absolutely no shortage of housing for people with that kind of income. In fact, allowing these two projects to proceed would directly violate the city’s own General Plan and every regional planning proposal for San Francisco’s housing mix. The General Plan states that some 60 percent of all the new housing built in San Francisco should be below market rate. Environmental sanity suggests that the city ought to be building housing for people who work here — high housing costs have driven thousands of local workers to live in the East Bay or further out, leading to long, energy-intensive commutes. And the more of this ultra-luxury housing the city builds, the more the housing balance gets disrupted — and the more rapidly San Francisco becomes a city of, by and for the One Percent.

The two projects have powerful support — among other things, Lee’s friend and ally Rose Pak is promoting 8 Washington, as is lobbyist Marcia Smolens. If Lee has any scrap of independence,  he’ll make it clear that both of these projects are dead on arrival.