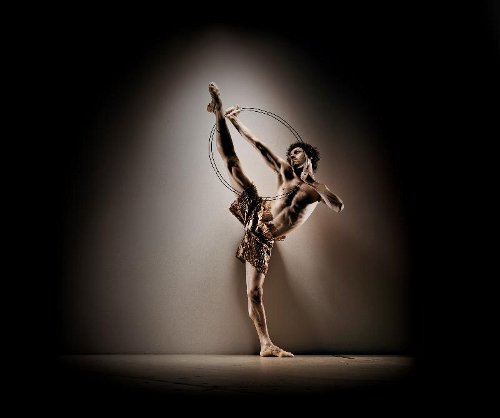 >>SEPHARDIC LINES Gorgeous and wide-ranging contemporary dance company Alonzo King LINES Ballet just announced its new season, taking place at the Yerba Buena Center for the Arts, Oct. 14-23. Among its offering will be an as-yet-unnamed (it’s that fresh) world premiere set to the music of the Sephardic Jewish tradition. We can’t wait to see the bodies in motion accompanying this description: “After the Expulsion of the Jews from Spain and Portugal at the end of the fifteenth century, the ensuing Sephardic diaspora reached North Africa, the Ottoman Empire, and other parts of Western Europe, as well as the Americas. Sephardic music developed according to region … In Morocco, we hear the explosion of Arab-Andalusian rhythms set to Judeo-Spanish and Hebrew lyrics, while in Turkey the sounds of Middle-Eastern a capella singing are infused with the santoor, ‘oud, and nei. Solo voices and subtle instrumental accompaniments hint at the music’s medieval roots in Spain. Sephardic music continues to be a living manifestation of the idea of convivencia: a fluid, creative, vibrant place of cultural crossing, which shows that art knows no boundaries.”

>>HAPPIER LATER We did not know that there was a happy hour every midnight at  beer-heaven Gestalt Haus in the Mission! From 12am-1am you get $1 off all drafts. With a draft menu that includes imports like Weihenstephan and Leffe Blonde, and microbrews like  Hunterspoint Porter and White Lightning, we’ll be able to afford to broaden our p(br)alate.

>>CANNABIS CALL Two bummer bills passed through the California state legislature today: SB 847, which would ban cannabis co-ops within 600 feet of a residential zone and AB 130, which would make it legal for cities and counties to ban dispensaries entirely. Way harsh for tokers in rural areas. Americans For Safe Access has an easy way you can speak out against the bills, and the organization is suggesting you take action today.

>>SKIP THE BROWN BAGGED TECATE, YOU DESERVE IT With Mexican Independence Day right around the corner (September 16), this may be a good time to start thinking celebratory tequila. We got a very nice email from SF-based distiller Don Julio‘s camp today encouraging us to consider the pomegrante. Well really, to consider this, which comes just in the nick of time for the start of sunny season in Dolores Park:

>>YOUNG BREEZEE Yesterday, Mission Mission posted this video of a former local rapping about bikes. The song is by Breezee One, who wrote the blog Mission Boyfriends (about her sexual exploits amongst the hipper class). After returning to her native Detroit, Breezee One made this video for her song “Bike Chase.” It lacks in lyrics and flow, but makes up for it in style and sentiment. She raps about “Bianchis, Peugeots, Cinellis, Fujis” and declares that she, “cruise[s] past Ferraris” later adding, “bikes are the only transportation we use.”

BREEZEE ONE – BIKE CHASE (Directed by GAREN.) from BREEZEE ONE on Vimeo.