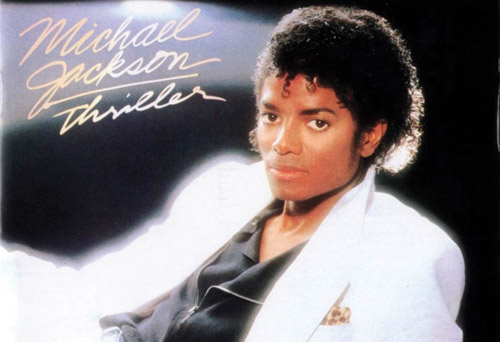 MUSIC Oh, Michael. So much has happened in these two years since you’ve been gone. I left my man and got my heart broken by another, chipped my front tooth, had to pay all my taxes up front, and manually upgraded my ass into the kind of shape that gives a woman like me a certain pride. Things have been rough; things have been good. And 90 percent of the good shit, including the fruits of all that ass-pumping, I achieved together with you. Keep on with the force, don’t stop. No, I’ll never stop getting enough of you.

Speaking of you, my darling, well, for you things have stayed exactly the same. Crazy-ass La Toya is still on TV, running her mouth about murder conspiracies, and the headlines are still a sordid “Jacko the Mysterious Nutter” mess. Every book written about you is still rude, invasive, and tabloidy, and the family, friends, and fans who claim to have cared for you the most still refuse to lovingly embrace you for who you were: an incomparable genius, the world’s greatest superstar, who, BTW, was totally gay.

Fuck everybody else and their delusional ways. After all this time, I’ve come to see: I am the only one who ever got you.

Memories of you, especially the ones honored on the anniversary eve of your death, should be as celebratory and joyous as the world’s greatest dance party — complete with fog machines, chemical inhalants, and unicorns. But all everyone wants to talk about is the drama. Little boys this, plastic surgery that. They actually think you did your face-up weird because you wanted to be a white Diana Ross with a superbutch Marlboro Man chin. That you hated yourself so severely you had to become someone you were not. But I know the truth: you built that distracting construction zone around your sacred temple to claim your private space. Only behind a strap-on nose and reptilian fake white skin could the real you stretch out and relax, connect with your spirit, make some art, do all your drugs. Who could blame you — and who’s to judge you? — for needing a tangible shield between yourself and all the stupid bitches who could not deal?

But as you receded further into this private space, your shield got thicker and you started to piss everybody off. Because it was awfully, horribly amorally sissy of you to want to look like a woman. A real man takes the face he is born with. In other words: you lied to us, motherfucker. You sang about loving women, rubbed your silky load on their thighs, even married all those hags. You grabbed your cock onstage and put on like vagina was cool.

Why was everyone so dumb and gay-blind in the first place? Because at the height of your Thriller fame in the 80s, no one was gay, not even those old warhorses George Michael and Boy George. But when it turned out that they, too, had lied to us — leading us on with all that maddening, un-Christian ambiguity — the real men had to take them out back and have a little talk. George and Boy — where are they today? Ruined.

No one forgives a liar. But maybe you were trying to tell us the truth, just no one was paying attention:

I listened to you, dear friend. I heard what you said about Billie Jean, that wacked-out club trash who said that you, rare orchid of the disco, would be “the one, who will dance, on the floor, in the round” — whether you were feeling it or not. She didn’t say anything about fucking! Not only that, you told us over and over — 10 times in less than five minutes, in fact — that, “Billie Jean is not [your] lover.” And I believed you. Everybody else was being a fool.

And so they had to tear you down, proving that total, brutal, violent annihilation of character is even more delicious when the victim is rich and black.

I always tell people the same high-minded thing: don’t read a single book; watch the movie instead. By that I mean 2009’s This Is It, of course, with its amazing rehearsal footage shot right before your death. If anyone has any questions or misgiving about who you were, this movie will correct it. All the drama and the Jacko the Freak-o bullshit fades away for once, revealing a musician of astonishing skill and professionalism. Not only do you hit every note on your own with your pure, naked voice, you also dance like a 20-year-old at the height of his game. To all those who scoff at my insistence that you were a genius: fuck you in the heart and prance on to hell.

But it wasn’t just your artistry that made me cry in This Is It — it was your extreme, almost over-the-top graciousness as well. I was stunned by the level of gentleness and respect you showed every single member of your crew — from the dancers to the musicians, the lighting guys to the PAs. You surely didn’t have to be so kind. Equally revealing was how your crew responded — unable to contain their awe and ecstatic delight, they were just plain thrilled to work with a compassionate legend like you. To them, you were the embodiment of love, humility, and respect. And if the people who worked so intimately with you before your death knew this, why can’t everybody else?