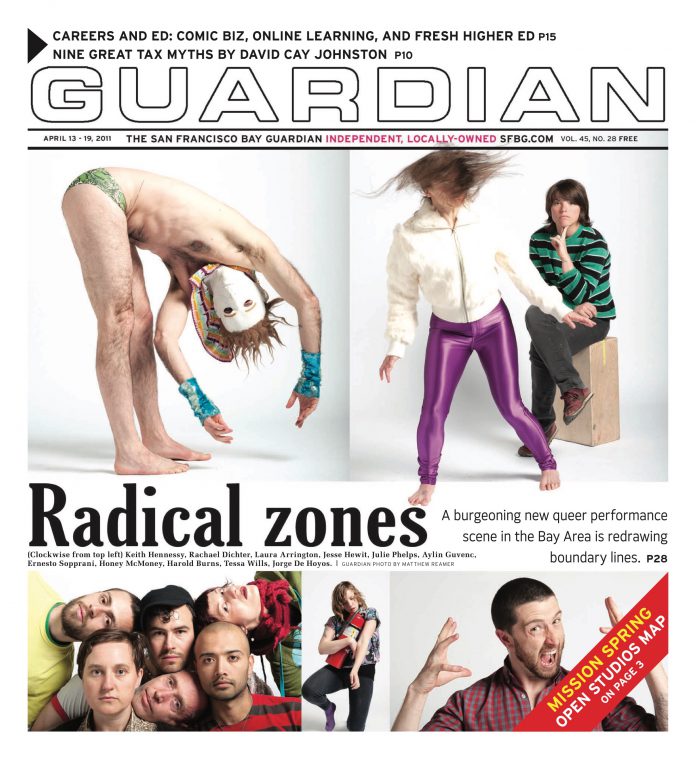 It wasn’t until this February that Arhoolie even scheduled a celebration, the proceeds of which went to fund the Arhoolie Foundation, the 16-year-old nonprofit dedicated to making a digital archive of founder Chris Strachwitz’s vast miscellany of Mexican and Mexican American recordings — the Frontera Collection — widely considered to be the largest of its kind on both sides of the border. Conceived as a research resource and historical documentation of the recordings, the digitized files are stored and accessible at the Chicano Studies Research Center library at UCLA (www.chicano.ucla.edu). The physical collection of approximately 46,000 units, housed in a climate-controlled basement in El Cerrito, stands as a fragile yet monumental testament to the mostly under-recognized talents of literally thousands of music-makers.

Strachwitz himself, a seemingly boundless wellspring of enthusiasm at 79, slowed only by a recalcitrant hip (recently replaced), attributes the label’s longevity in part to his own stubborn “fanaticism” for music, a trait shared by his small yet dedicated staff. From Strachwitz’s well-documented obsession with tracking down Lightnin’ Hopkins to record him in 1959, to his increasingly far-flung forays into the backwoods and swamps of the musically-diverse South, his emphasis has been on excavating the genuine, the raw, and the regionally significant. The diversity of music that Arhoolie publishes and records ranges in style from dirty blues to folk ballads, Cajun zydeco to conjunto. The tie that binds them isn’t genre, but emotional content.

Though it’s been a few years since Arhoolie recorded any new material, there’s a stockpile of one-of-a-kind field recordings patiently awaiting release. A recent addition to the Arhoolie canon is 2010’s Hear Me Howling, a four-CD collection housed in the handsome confines of a hardcover scrapbook. This 72-track compilation of raw material, gleaned from a series of Bay Area recording sessions from 1954-71, captures the essence of the music as well as the musicians in the moment: a humorous reference about Strachwitz’s “new recording machine,” improvised by skiffle group The Skid Band; a soft-spoken call for requests by bluesman Mance Lipscomb; a brief but earnest sermon delivered by the Rev. Louis Overstreet before he launches into an anthem on his electric guitar.

On several of Hear Me Howling‘s tracks, you can hear Strachwitz’s distinctive laugh carrying above the responsive noises of the audience. The intimacy of these mostly home recordings brings the circumstances they were recorded in to life in a way that no studio polish can mimic. Each is an aural document of a precise place and time.

Aural documents are what head Frontera Collection archivist (and trombonist for radical ska-punk ensemble La Plebe) Antonio Cuellar specializes in. His Sisyphean task is to scan and digitize a copy of every album — he’s been working for nine years, focusing primarily on the 78s and 45s that make up the bulk of the collection. After listening to a recording, Cuellar compiles a list of keywords to append to the digital file. Recurring themes and keywords such as “patriotism” (four hits), “praise of beauty” (3,590 hits), “executions” (32), and “trabajo de emigrante” (277) are entered into the digital database, along with a high-quality scan of the physical vinyl, and notes on the artists (Hermanas Segovia, Narciso Martínez, Orquesta La Campaña) and style of music (conjunto, ranchera, bolero, vals bajito, and Latino rock and soul).

“Often the only information left about a recording is on the label,” explains Cuellar, who extracts what he can from each. But besides collecting discards from jukebox joints, radio stations, and major label back-stock, Strachwitz acquired several now-defunct labels lock, stock, and-barrel, including Falcón and Ideal. This has allowed him to expand on the information he archives, noting, for example, what a particular recording artist was paid ($10 and a six-pack) or who was in the backing band. It’s painstaking, “sometimes tedious” work, but Cuellar, who may be the only person besides Strachwitz to have listened to so much of the collection, has a clear sense of its historical importance.

“Probably 99.9 percent of these artists are unknown,” Cuellar points out. “If I do a search for them online, it directs me back to Arhoolie, to the information that we have here … [Whereas] I can go and search for information about the most obscure blues guy, and he’s going to have something written about him.”

“It was Guillermo Hernandez [the late former director of UCLA’s Chicano Studies Research Center] who made me aware that this music was really the literature of the campesinos,” Strachwitz muses. “When he discovered I had all these damn old records, he became totally intrigued. Because nobody at that time seemed to know they had such a long history.” “It definitely influences me,” notes Cuellar, who was born in Mexico. “It’s helped open my eyes to my own history.”