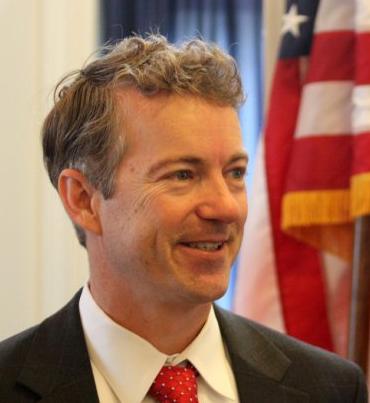 Last week, Rand Paul (R-KY) — man, there’s a double entendre just waiting to happen — went shithouse ballistic (pun intended) over what he sees as one of the most pressing issue in the nation today — low-flush toilets.

At a hearing while grilling a lower level Obama Administration Energy department spokesperson, Paul was in full fury.

“Frankly, the toilets don’t work in my house,” Paul said. “And I blame you, and people like you who want to tell me what I can install in my house, what I can do.”

Be it low flush crappers nouveau, newer and costlier and more energy efficient light bulbs, recycling (the new House leadership got rid of biodegradables in the House caff as a remnant of the despised Pelosi era), the angry and seething Libertarian and his followers are a bizarre variation on the Patrick Henry ethos that could have only sprung from the lunacy of our era–“Give me the liberty to waste the planet’s resources frivolously or give me…well, all of us are draft-dodging chicken-hawks anyway, so death may be extreme, let’s just say we’re gonna whine loudly about it.”

One would think that “conservatism” (Paul claims to be conservative) would include the classical definition, like prudence and caution and recognition that the finite resources of the planet have to be, well, conserved. Instead, he and his ilk rail about “treehuggers” and “environazis” and their mouthpieces mock people accustomed to husbanding their resources as silly.

But this is not conservatism. It is, as any parent whose ever seen a fou- year-old in action, the mindlessly childish defiance of anyone that dares impose anything for one’s own good, even when it makes complete sense to do so–this is not a drug or alcohol law of a prohibitionary stripe, nor a ban on the salacious, nor even an actual imposition–today’s “conservative” gets irate over any restriction, because, how dare you tell me what I can or can’t purchase even if it will make future generations (ie, the “unborn” that they claim to care about so much) miserable.

In other words, baby talk. This is kiddie shit–”I will stand up to those who would see me as a child because I, well, am being childish.” Defiance over not only the trivial, but the desire to make other people miserable by one’s own lack of sense and control. No wonder the American Right uses the expression “nanny state” so much–they are stuck in perpetual infanthood and see even the most modest measures to cut down on resource overuse as a kind of totalitarian, grown-up imposed austerity.

It isn’t a sacrifice to have less water in your john, Rand. It isn’t an imposition to put in them curly lightbulbs or to haul your own bags to the Safeway or to put recyclables in a different colored barrel. It’s called “accepting reality.” Which is probably why Senator Paul wouldn’t recognize it if it bit him on his toupeed ass.

Johnny Angel Wendell is a talk show host in LA at KTLK AM1150 and here on SFBG.com, as well as a musician  and actor