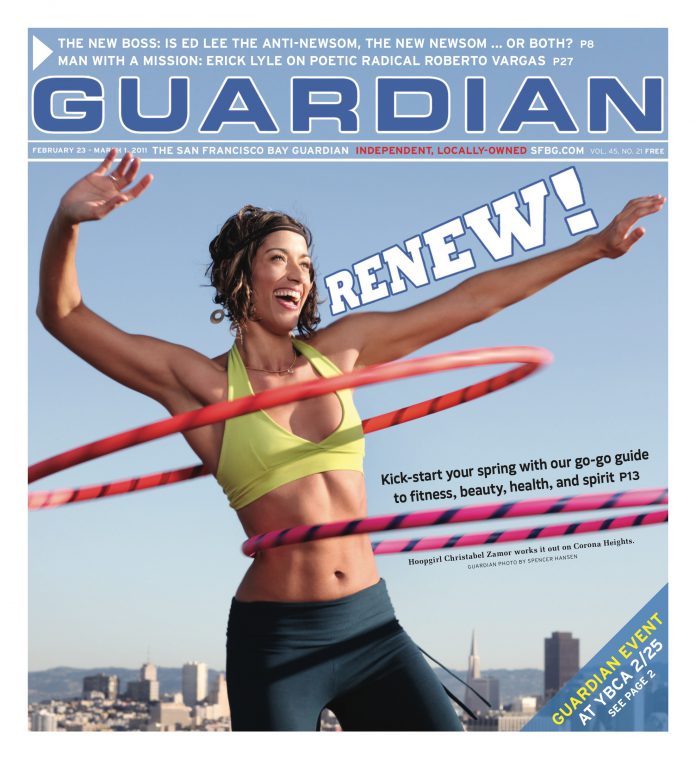 FILM Amid the worshipful bromides that attended the 100th birthday of zombie Ronald Reagan on Feb. 6, gay blogger Joe.My.God. helped bring back to light a transcript of a 1982 press briefing Q&A session between Reagan administration spokesman Larry Speakes and journalist Lester Kinsolving. It’s the first known time that AIDS was brought up at the White House.

Lester Kinsolving: Larry, does the president have any reaction to the announcement — the Centers for Disease Control in Atlanta, that AIDS is now an epidemic and have over 600 cases?

LK: Over a third of them have died. It’s known as “gay plague.” (Laughter.) No, it is. I mean it’s a pretty serious thing that one in every three people that get this have died. And I wondered if the president is aware of it?

SPEAKES: How do you know? (Laughter.)

LK: In other words, the White House looks on this as a great joke?

The answer, as the briefing spiraled into hysterics, was yes. It’s long been a source of bitterness that Reagan didn’t publicly refer to AIDS until 1987, after the disease had officially killed 20,849 Americans, been identified in 113 countries, and started to be “normalized” by the infection of young white children and closeted Hollywood superstars. But it was the laughter as gays lay dying that brought an angry population together, and that still rings in the ears of those who survived.

Reagan isn’t mentioned in David Weissman’s important and moving new documentary about San Francisco’s early response to the AIDS epidemic, We Were Here — although his communications director Pat Buchanan and Moral Majority leader Jerry Falwell get split-second references, as does the heinous Proposition 64, the heroically defeated 1986 California ballot measure that could have led the way to quarantining gays. We Were Here isn’t a political polemic about the lack of governmental support that greeted the onset of the disease. Nor is the film a kind of cinematic And the Band Played On, exhaustively laying out all the historical and medical minutiae of HIV’s dawn. (See PBS Frontline’s engrossing 2006 The Age of AIDS for that.) There’s no mention of crystal meth, the Internet, the HIV denialist movement, protease inhibitors, depression, or survivor guilt. ACT-UP and the AIDS quilt are discussed only briefly. And you’ll find virtually nothing about the infected world outside the United States or the ongoing fight against the disease.

A satisfying 90-minute documentary couldn’t possibly cover all the aspects of AIDS, of course, even the local ones. Instead, Weissman’s film, codirected with Bill Weber and full of often astonishing tidbits, concentrates mostly on AIDS in the 1980s and tells a more personal and, in its way, more controversial story. What happened in San Francisco when gay people started mysteriously wasting away? And how did the epidemic change the people who lived through it?

The first question provides the narrative framework of the film. In the beginning, we’re introduced to five quintessentially San Franciscan characters, identified only by their first names: Ed, Paul, Daniel, Guy, and Eileen. As they tell their stories about how and why they came to San Francisco, and familiar-yet-still-striking archival photos of an unfettered 1970s Castro District fill the screen, you begin to realize Weissman’s impressive canniness in choosing to focus on these wise and almost preternaturally calm people, who turn out to be major players in the horror that slowly engulfs the film. (And We Were Here is indeed structured like a horror flick, with subtle early notes of discord foreshadowing the graphic images to come. The only thing missing is the screaming.)

Guy, for example, is Guy Clark of the legendary Guy’s Flowers in the Castro. He leads the story from the “San Francisco (Be Sure to Wear Flowers in Your Hair)” era through the flower-bedecked funerals of the stricken — touching for a moment on the reaction in SF’s African American community — before bearing witness to a recent miraculous recovery, a man actually rising from a wheelchair to walk again. Other participants tell the stories of SF General Hospital’s groundbreaking AIDS Ward 5B/5A, the Shanti Project, Visual AIDS, and the “San Francisco model” of multifaceted, compassionate care for people with AIDS* before contemporary treatments became available.

The tales are well told and expertly woven together, as in Weissman’s earlier doc The Cockettes. Most of these people necessarily focused on the daily work of trying to help in order to stay sane. But where We Were Here really hits home is in its foregrounding of many unspoken or buried truths about that specific AIDS period that are in danger of being lost (one of which is that people who lived with HIV back then were often scaldingly candid about what was happening to their bodies.)

AIDS was annoying — it just went on and on. Participant Ed talks honestly about how he had to give up caring for patients out of exhaustion. AIDS got gay people where it really hurt: their vanity. The whole thing really fucked with your look. AIDS was bewildering. Suddenly people who had dropped out and run away to the Gay Mecca had to become medical experts, their recreational chemicals replaced with excruciating concoctions of exotic panic treatments. And women actually existed during AIDS. One of the most touching stories is about how the lesbian community rushed to donate blood.

The biggest act of emotional archeology, however, is the acknowledgement that some good came of AIDS. Not just in the well-known sense that it brought a marginalized community together and showed gay people as humans. It also personally transformed the narrators. Most of them found their calling, maybe lifelong satisfaction, during the AIDS crisis. We Were Here will affect viewers on a deep level, perhaps allowing many to weep openly about what happened for the first time. But it’s no mere sobfest. (My dead friends would have hated that.) It’s a testament to the absolute craziness of life, and the strange places it can take you — if you survive it.

*An earlier version of this article used the term “AIDS victims” to refer to those who had passed away from the disease. That term has a long and derogatory history, and still offended some readers, even when not used to refer to persons living with AIDS (PWAs), so we have replaced it above. It’s good evidence of how this film is re-enlivening debates.