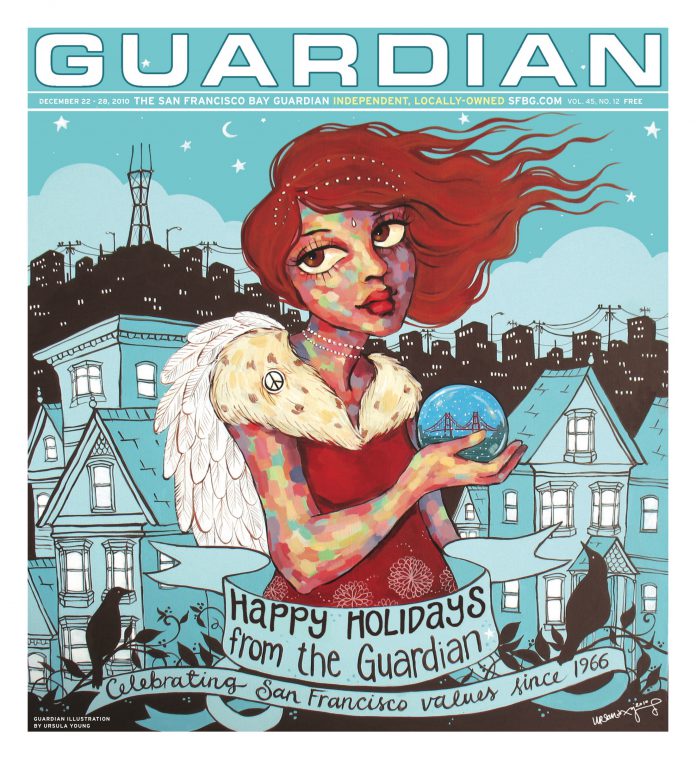 Emotions ran high at meetings held by the San Francisco Planning Commission about a massive overhaul of Parkmerced, a housing complex located next to San Francisco State University that is a neighborhood unto itself.

The plan envisions tearing down 1940s-era garden apartments and townhomes to make way for new low-rises and high-rises that would contain a mix of rental housing and for-sale units. Over the course of a construction project spanning three decades, Parkmerced would expand to 8,900 units — enough to triple the number of residents who can now be accommodated. Final approval for the project is expected in March at the earliest.

Some 150 residents turned out at a Dec. 9 special meeting held near Parkmerced to make it more accessible for seniors and people with limited mobility. Although commissioners had planned to open with a staff presentation, residents protested and demanded to speak first, and their request was granted. After listening to residents comment for hours, commissioners continued the discussion until the Dec. 16 meeting, which drew a smaller turnout.

While some residents were pleased by the plans, the majority who attended the first meeting expressed alarm and anxiety. People aired concerns about the long construction timeline, increased density, traffic congestion, and the impact the plan would have on a well-established, multigenerational community. Many of the speakers had been born at Parkmerced or raised families there. The comments portrayed an economically diverse neighborhood supporting close-knit circles of friends and family.

One question that seemed to have residents rattled most was whether they could trust the developer’s promise that their rent control would be preserved, even after their existing apartments have been torn down.

Among them was octogenarian Robert Pender, a founding member of the Parkmerced Residents’ Organization, who hobbled from his wheelchair to the podium to deliver his statement for the public record. “Parkmerced is my home, and I’m not going to be evicted because some landlord wants to make some more money,” he announced. After making his comments, Pender turned to face the audience, lifted his cane in the air, and issued a rally cry that captured the sentiment of the evening: “fight!”

Under the development plan, 1,500 apartments would be razed to make way for new residential units. The midcentury garden apartments open out to shared courtyards and patios. Many house tenants who’ve lived at Parkmerced for decades. For elderly residents or those who have disabilities, the exceptionally low rent makes it possible for them to stay in San Francisco despite limited income.

From the outset, Parkmerced Investors LLC and Stellar Management have promised existing tenants that they will be relocated to replacement units with roughly the same square footage, where they’ll continue to pay the same monthly rates and keep their rent control. The developer has even promised to keep the existing apartments intact until the new units are available so that none of the residents will have to move twice.

“Our promise to our residents is that we will preserve the rent control,” said P.J. Johnston, a spokesperson for the developer. “Our attorneys believe that the rent-control protections are absolutely ironclad.”

Johnston emphasized the big picture: “For decades, progressive San Francisco has been talking about the need for developing large chunks of affordable housing, for increasing density on the west side, and for creating more housing around transit. Here we finally have the opportunity to do all that while introducing major transit improvements and extending rent control.”

The landlord’s promise of continued rent control is written into a development agreement, a contract between the developer and the city that would be filed along with permits and entitlements for the property. Any subsequent owner would also have to adhere to the terms of the agreement.

Despite those assurances, tenant advocates speaking at the Dec. 9 meeting sounded the alarm that the guarantee could be called into question in court if the developer or a new owner ever sought to challenge it. The Costa-Hawkins Act, passed in 1995, prohibits rent control on newly constructed units, and San Francisco’s rent ordinance guarantees rent control only for units built before 1979.

“It is disingenuous for the Parkmerced landlord and for city staff to assure tenants that they will have rent-controlled replacement units after their units are demolished,” noted Polly Marshall, a tenant commissioner on the San Francisco Rent Board who spoke as an individual before the Planning Commission. “We simply don’t know if this will be the case.”

Marshall said the agreement could be susceptible to a legal challenge, given recent court rulings in Los Angeles and Santa Monica finding that the Ellis Act and the Costa-Hawkins Act preempted any contracts brokered with the municipalities. In each case, signed agreements between a developer and a city were dissolved in California courts.

Preston added that the problem would be intensified if the property is conveyed to a new owner who didn’t make the same commitments, and acknowledged that he didn’t perceive a surefire way to guarantee enforceability. “It’s not the developer’s fault, and it’s not the city’s fault,” Preston added. “Ultimately this needs to be addressed In Sacramento.”

City staff and the developer seemed responsive to the concerns. In comments submitted to commissioners Dec. 9, Marshall said the development agreement should be amended to specify that the developer agreed to waive any rights to challenge the requirements of the agreement. The following week, at the Dec. 16 meeting, planning staff distributed revised copies of the agreement that had been changed to include that language.

During a staff presentation at the Dec. 16 meeting, mayoral development advisor Michael Yarne addressed the rent-control question in a detailed presentation. “The city wants to protect existing tenants,” Yarne told commissioners. “It is not the city’s intent to leave existing tenants vulnerable.”

Under Costa-Hawkins, Yarne said, exceptions to the rent-control prohibition apply in cases where a municipality has made a valuable contribution to a developer for a residential project in exchange for the waiver of rights under Costa-Hawkins.

Yarne ticked off a slew of contributions he believed would pass muster in a court of law as enough to qualify for the exception. Among other perks, maximum density controls for the site would be eliminated; the height and bulk for new buildings would be increased beyond what’s normally allowed; the city would not assess impact fees for the replacement units; the amount of permitted commercial mixed-use development for Parkmerced’s zoning category would be substantially increased; and the development rights would be frozen for 30 years with no required milestones.

“We believe this satisfies the public-assistance exception,” Yarne said. He noted that the document was drafted with feedback from City Attorney Dennis Herrera.

Tenant rights activist Calvin Welch, who had not yet seen the latest draft of the development agreement when the Guardian caught up with him, said “we’re agnostic” on the rent-control provision until having had a chance to carefully vet the final agreement. Yet he said the tenants were “absolutely right to be concerned,” given the recent legal precedent.

Sup. Sean Elsbernd, whose District 7 includes Parkmerced, said he tuned into the hearings though he did not attend. Elsbernd said he would feel comfortable moving forward with the plan as long as he had assurance from the City Attorney’s Office that the agreement was enforceable. “I don’t want to see that project go forward without certainty,” he said.

Christina Olague, vice president of the Planning Commission, acknowledged the strong concerns voiced by residents about the coming changes to the property. “We have to be sensitive to the emotions that we witnessed that day,” Olague said. “We have to balance out a lot of different needs.”

At the Dec. 16 meeting, more residents made comments echoing the furious opposition expressed on Dec. 9. At the same time, a small contingent of residents who favored the plan turned out to urge commissioners to approve it.

“I have witnessed consistent honesty from one source — the owner of Parkmerced, Rob Rosania,” Daniel Phillips, who identified himself as president of the Board of Directors of the Parkmerced Residents’ Organization, noted in written comments submitted to commissioners. “As long as I have known Rob Rosania and Stellar Management, they have made promises and kept them.”

Yet it was clear that many other tenants were not convinced, and on Dec. 9, several lamented the idea that their homes would be knocked down and their longstanding community impacted by the new development.

Residents who oppose the development recently formed a new residents organization called the Parkmerced Action Coalition. Members of that group are opposed to the wholesale demolition of the 1,500 garden apartments and would rather see them retrofitted and preserved.

“We are living in panic,” a woman who had lived in Parkmerced for many years told commissioners. “I am completely opposed to the tear-down of our community.”