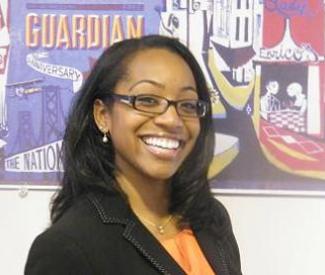 A preliminary run of the ranked-choice ballots in San Francisco Board of Supervisors races shows D10 candidate Malia Cohen and D2 candidate Mark Farrell winning come-from-behind victories in those races while Jane Kim in D6 and Scott Wiener in D8 maintain their current leads to win their races. Yet with about 50,000 ballots citywide remaining to be counted, Election Department head John Arntz warned those results aren’t final.

“It’s going to change. Nothing is permanent, nothing is final. We have to go through every single ballot,” he told the Guardian.

Still, the results are interesting and could predict the final outcomes, which won’t be known for about another week. In the free-for-all that was the D10 race, Tony Kelly maintained his election night lead throughout 18 rounds of redistributing votes, with Kelly at 35.33 percent, Cohen at 33.44 percent, and Lynette Sweet at 31.23 percent. But on the next round, 429 of Sweet’s votes went to Cohen and 139 to Kelly, giving Cohen a 152-vote margin of victory: 51.4 percent to 48.6 percent.

In D2, the elections chart appears to show all four also-rans being eliminated at once (normally, the last place candidate is knocked out round by round) and that redistribution gives Farrell the edge over Reilly by just 97 votes, or having 50.3 percent of the vote. But given that there’s still lots of votes to count in high-turnout D2, that could change.

In D6, where there was a shootout between two progressives, Kim and Debra Walker, the two candidates appeared to hold their five-point margin of difference through nine rounds of elimination, until the downtown-backed candidate Theresa Sparks was eliminated in round 10, with 769 of her votes going to Kim and 572 to Walker, giving Kim a winning percentage of 54 percent to Walker’s 46 percent.

And in D8, the counting of ranked choice ballots shows election night winner Scott Wiener extending his seven-point election night lead to beat Rafael Mandelman with 55.65 percent of the vote.

Arntz said there are about 50,000 ballots remaining, maybe more once provisional ballots are tallied, and the department has been counting them at a rate of 15,000-18,000 per day. So ranked-choice tallies with all the ballot will probably occur by the end of next week, with the final canvassing and certification expected in about 20 days.