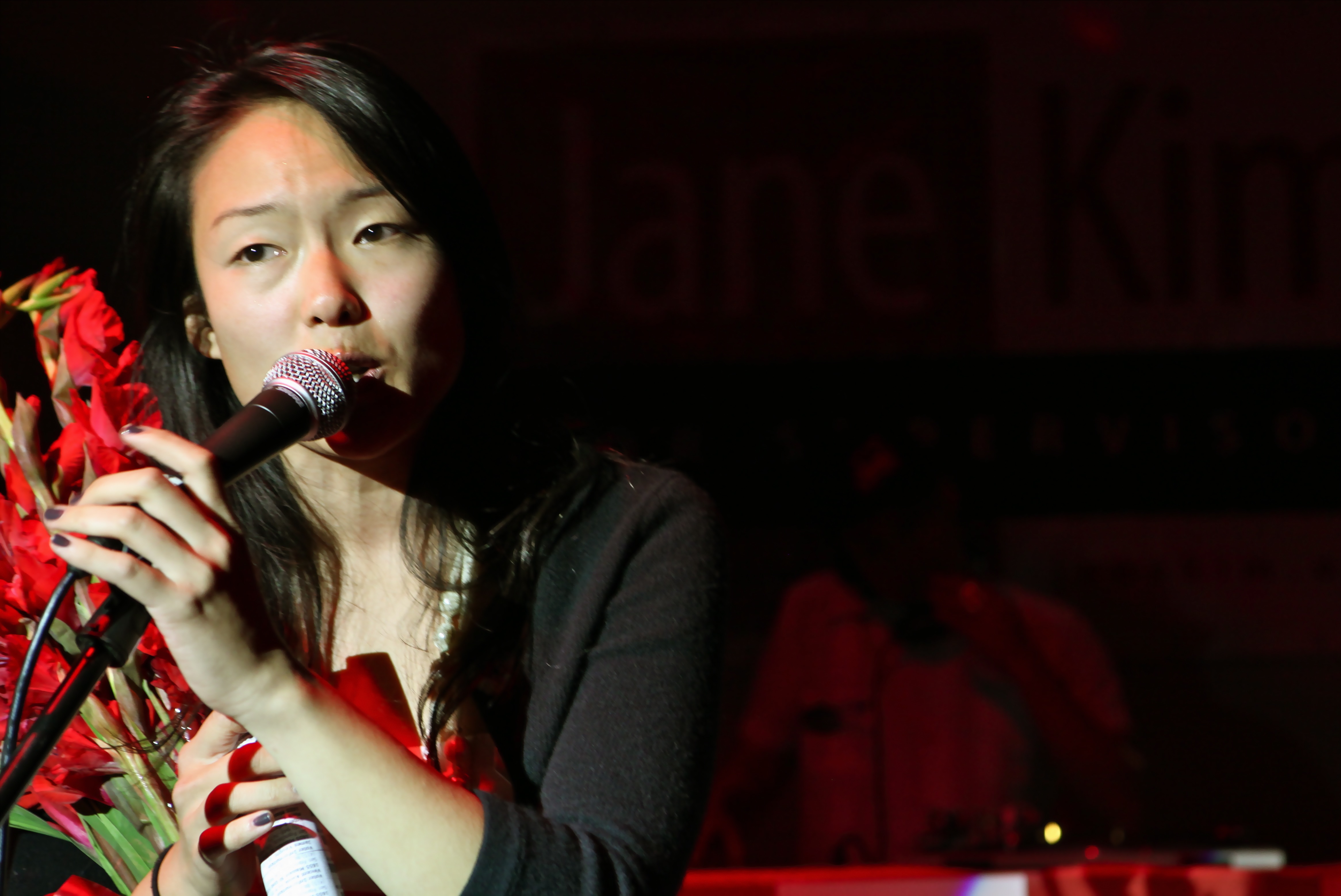 While the outcome of the D6 supervisorial race won’t be known until all the ranked choice ballots get counted, it is clear that the seat will stay with the progressives as Jane Kim and Debra Walker vie to see how many voters liked them second best. And that was good enough news for Board President David Chiu.
“Given where Debra and Jane are, I’m glad that we’re going to keep this a progressive seat,” Chiu, a Kim supporter, told us at their election night party in the new club Public Works, which is right next to Kim’s Mission Street campaign headquarters.
The latest results show Kim with 3,780 votes (31.3 %), Walker with 3,337 votes (27.7%), and downtown-backed Theresa Sparks with 1,985 votes (16.5%), and the rest divided among 11 other candidates.
“I feel good,” Kim told the Guardian, although she seemed a little weary from running a strong campaign, noting that they had 400 volunteers on the street today, most of them wearing the bright red T-shirts that read “See Jane Run” on the back. “What I’m really happy about is we ran a really good campaign.”
Kim supporters on hand included Sup. John Avalos, transit activist Dave Snyder, progressive activists Julian Davis and Sunny Angulo, Chiu board aides Judson True and Cat Rauschuber, and a large group of young Asian-American activists.
“I really want to encourage people to get to get to know each other,” Kim told the crowd. “We live in a big city and a really diverse district.”