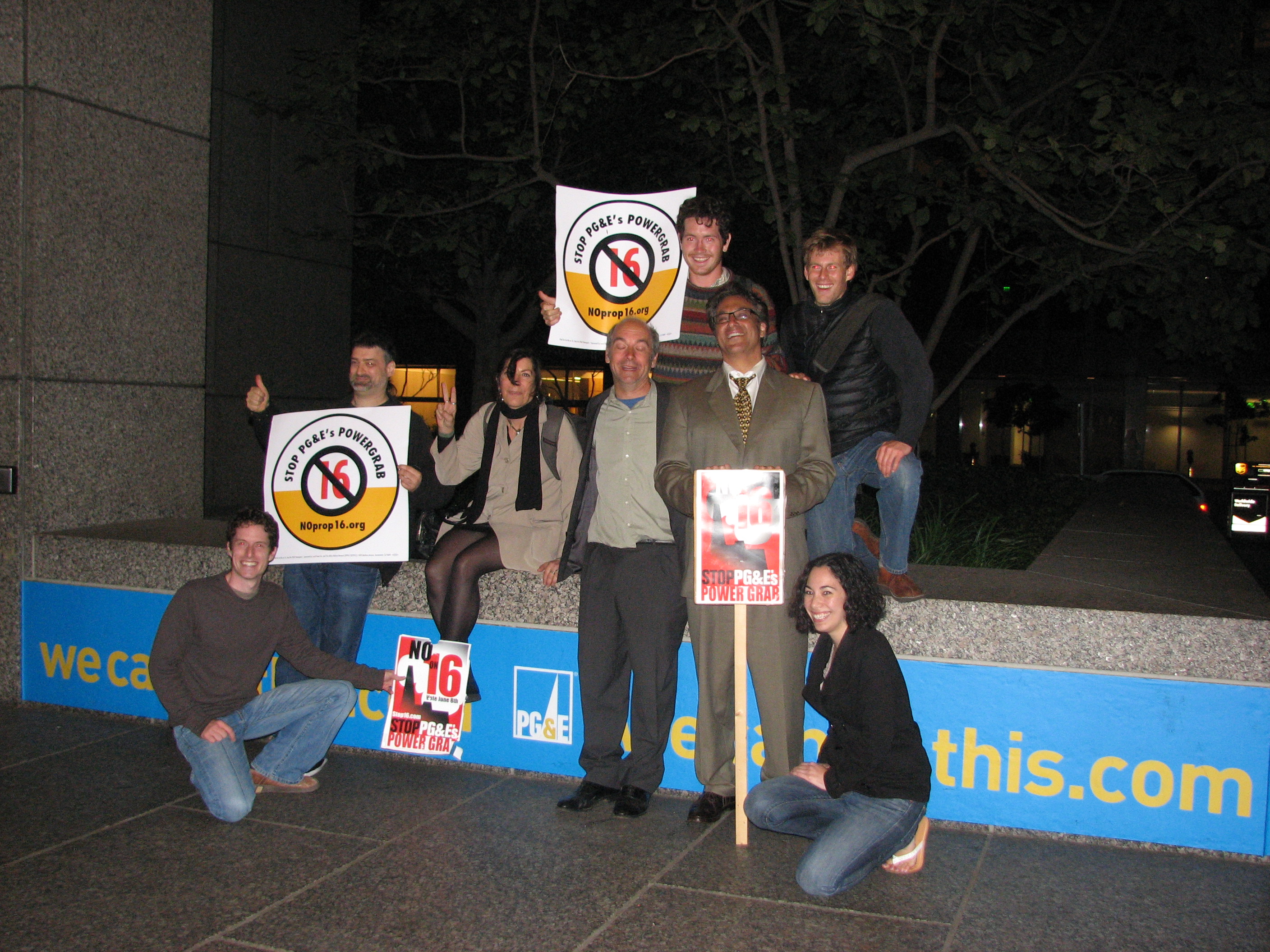 On election night, victory belonged to a small, brainy group of under-funded green-power activists, filmmakers, bloggers, and attorneys who put their hearts and souls into beating PG&E’s measure. The measure was designed to destroy municipal energy programs that offer an opportunity to depart from PG&E with greener power. Sup. Ross Mirkarimi was a vocal opponent of Prop 16, and the chief supporter of San Francisco’s community choice aggregation program.

Not long after Mirkarimi made an entrance at the Otis Lounge in San Francisco, where opponents of Proposition 16 were glued to computer screens watching election results roll in, the green “Yes” box displayed on the voting results website turned to a “No.”

“We’re winning!” Someone shouted. A cheer arose, and hands shot into the air. Mirkarimi’s face broke into a beaming grin. Public power advocates Eric Brooks, Bruce Wolfe, and Paul Fenn stood nearby, along with Dave Room of the Local Clean Energy Alliance and Ben Zolno, a blogger who created YouTube videos against Prop 16.

Matt Freedman, of The Utility Reform Network (TURN), was perched with a computer on his lap for the duration of the night, and his co-workers, including TURN executive director Mark Toney, clustered around and watched, eyes wide and faces lit up, as things started trending in their favor.

“PG&E has one thing, and one thing only on their side, which is money,” Toney said early in the night, when the numbers were close, but still too early to tell. “The fact that we’re so close is amazing, given that they’ve outspent us 500 to 1.”

State Sen. Mark Leno, an outspoken opponent of Prop 16, made an appearance early in the night, then returned later as things swung in the favor of the opponents.

“I think [Prop 16] represents the epidemic of corporate greed that is so challenging in this country right now, whether it’s banking or the oil industry,” Leno said. “I think a victory tonight would really speak to Calfornia voters rebuking the lies and the deceit” spread by PG&E.

As the results grew stronger in their favor, opponents went into celebration mode.

A little after 1 a.m., the exuberant crew took an impromptu stroll to San Francisco’s PG&E headquarters on Beale Street.

Banners adorned PG&E’s fortress-like building. Printed on them was the slogan, “We can do this.”

Note: This post has been updated from an original version.