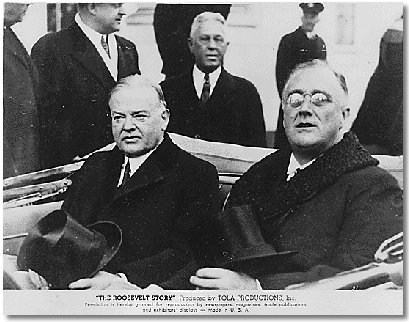 City economist Ted Egan yesterday released his analysis of the payroll tax exemption for new hires that Mayor Gavin Newsom has proposed, one of several business tax cut proposals that we discuss in this week’s Guardian. Egan estimates that the net revenue loss (which takes into account taxes paid by the new hires) to the city would be $72 million over the next two years.

“The proposed policy will have a strong positive effect on local hiring, albeit at a steep costs the City’s General Fund,” Egan wrote, later adding, “The policy would also make the City’s serious current budget deficit worse, and likely lead to significant employment reductions in the City’s workforce.”

While the tax breaks amount to only about 1 percent of businesses’ payroll costs, Egan’s models predict they would spur the creation of 4,330 jobs, or about 5 percent of the jobs lost since 2007. Yet he also notes that the unemployment rate in San Francisco has been dropping in recent months and the economy is predicted to add about 20,000 jobs in the next two years even without this subsidy by taxpayers.

Both Newsom and Egan have tried to cast these tax breaks as similar to the approach being taken by President Obama. Egan writes, “The policy is a targeted tax cut that mirrors the President’s New Jobs Tax Credit, which is supported by a wide range of economists.”

But the big difference is that the federal government can deficit-spend and doesn’t have to reduce its own spending, which would have a negative impact on economy, as Egan’s report acknowledged a few pages later: “Because the City cannot run a fiscal deficit from one year to the next, the lost revenue would necessitate reductions in City staffing and services, like any revenue shortfall.”

The report specifically doesn’t analyze the impact of that reduced government spending on the local economy, with Egan writing that, “is not considered, because the City could adjust to that impact in many ways.” New taxes, for example, which Newsom has avoided proposing as a partial solution to the city’s gargantuan $520 million projected budget deficit.

In an interview with the Guardian this morning, Egan also affirmed what he has told us before, that the consensus among economists is that direct government spending stimulates the economy more than tax cuts, even though these tax cuts tied to new hiring are better than general tax cuts.

For example, Egan said that another current Newsom tax cut proposal – a $2,000 tax break for businesses that provide health care to employees – “would have a negative effect on the economy” because it doesn’t encourage hiring.

While the report is generally favorable to the notion of these targeted tax cuts, it doesn’t make a recommendation. And it does take away a key argument that Newsom and other believers in trickle down economics generally make, that the tax cuts will ultimately be paid for by increased economic activity. Instead, the report shows the cuts will cost $85 million of two years and the new hires will generate $12 million in increased sales, hotel, and other taxes. Even stretching that analysis out over 10 years, assuming the new hires remain employed after the tax exemption ends, the reports says the policy will still cost the city $42 million.

Sup. John Avalos, the chair of the Board of Supervisors Budget and Finance Committee who has been skeptical of Newsom’s tax cut proposals, has set a Feb. 24 hearing on the proposal.

Basically, this is a policy decision rooted in ideological beliefs: Should the city subsidize private companies at great cost to the public treasury, payroll, and services? Does the public sector exist solely to serve private corporations? Economic conservatives who are hostile to government generally think so, but progressives think it’s crazy to make deep cuts to government spending and services just to subsidize private sector economic growth, most of which is going to occur naturally anyway.