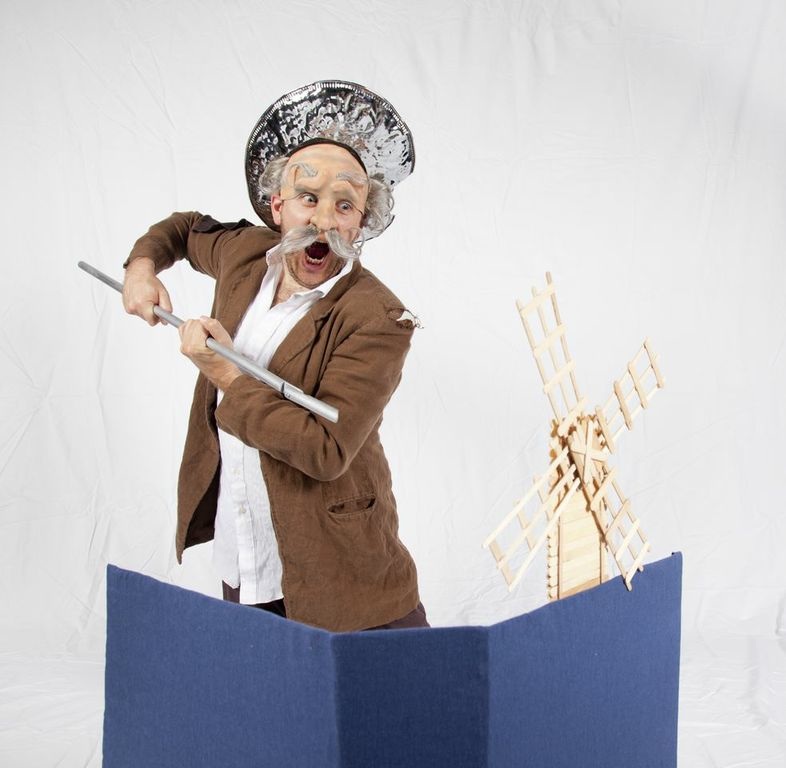 Theater artists reflect on life on the road in this final dispatch from the 2013 fringe festival circuit.

One of the most interesting aspects of the North American fringe festival circuit is the way it makes touring with a piece of theater an accessible proposition to even typically penniless performers. It hearkens back to an era when dozens of theater companies sent themselves on cross-country tours in much the same manner as punk bands or circuses (the San Francisco Mime Troupe and the Independent Eye among them), a rite of literal passage that seems quite out of reach for most theater-makers today. This means that despite its traditional, lottery-based programming, a penchant for kingmaking still pervades the Fringe, and certain prolific artists can become as rock stars, circumventing the lottery odds by booking themselves into unofficial venues as in Edinburgh, capturing oddience attention from year to year.

One of the biggest “rock stars” of the Fringe is Canadian solo artist TJ Dawe, whose shows are both personal and cerebral, exploring themes such as bodily functions, the war of the genders, figures of influence, and more recently, the spiritual and medicinal implications of ayahuasca. He also directs and dramaturges for other artists, most notably perhaps for Charles Ross in his highly physical, fanboy homages One Man Star Wars Trilogy and the One Man Lord of the Rings Trilogy.

For a draw like Dawe, touring the circuit has its clear benefits. “I quit my day job in May 2001,” he explains in a recent email exchange. Still, success doesn’t come without hard work. Dawe estimates that he’s performed over 700 shows throughout the years, and due to his many collaborations with other Fringe artists, is often attached to multiple shows in one season, including a record six in 2008. But even with a modicum of off-season success (including a recent movie made of a play he co-wrote in 2003: The “F” Word), Dawe admits that Fringe stardom rarely translates to mainstream success.

“Life after the Fringe more often consists of people hanging up their Fringe capes and playing the game as actors, writers, and directors generally do: audition, submit scripts, network in the theater community, apply for grants, hope for the best.”

Artistically speaking, the circuit offers an attractive alternative. “Instead of waiting to get cast, you cast yourself. Instead of waiting to be programmed into a theater’s season, you program yourself into a tour. The tour kicks you into shape in terms of getting you coming back with something new. Pretty soon you’ve built up a body of work and developed your own voice as a writer and performer.”

For less-established artists, a way to maximize opportunity is to apply for a long-shot spot in the official CAFF touring lottery, the winners of which can build their tours around the host cities of their choice. Two of this year’s winners had San Francisco connections: clown conservatory alumnus, juggler Aji Slater and puppeteer Zeb L. West, a graduate of SF State. Both have generally positive things to say about the experience, though neither walked away with much in the way of profit (“We merely didn’t lose as much money as we could’ve,” quips Slater). But it was the artistic rewards of the Fringe that each prefers to speak to.

“One of the best things about the Fringe is being around so many creative, incredibly talented people,” Slater asserts. “I dare anyone in the arts to do a Fringe tour and not come back energized to create. Even if zero people had come to see our show, it would be incredibly successful for this jolt of excitement and passion for our craft.”

Via email, West succinctly echoes both Dawe’s passion for the independence afforded the Fringe artist as well as Slater’s enthusiasm for the energizing effects of the more communal aspects of the circuit.

“The Fringe is a great way to get your own weird and wonderful original work out to a broad audience,” he writes. “And if you have a good show, you can fund a tour doing your own stuff. That’s a unique thing at the do-it-yourself scale. The most rewarding part is easily the camaraderie that forms with other touring artists. It makes what might be a lonely job feel like a community of gypsy dream-chasing theater people!”