Home ACCJC dismissal rebuffed, City College goes to trial for its life in... 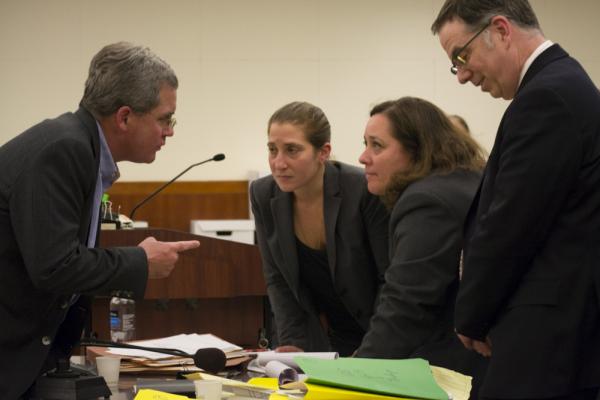 The courtroom saga between City College of San Francisco and its accreditors reached a new milestone yesterday, as Superior Court Judge Curtis Karnow rejected the accreditors’ motion to dimiss the City Attorney’s Office’s case against the decision to close the college, yet again.

Like Charlie Brown’s decades-long effort to kick the football from Lucy’s hands, the accreditors keep trying to get the case dismissed and they keep failing.

“This is the fourth time they’ve tried to say they’re immune (from a lawsuit),” Sara Eisenberg, lead prosecutor from the City Attorney’s Office told us. “It’s a running theme.”

The City Attorney’s Office is representing the People of the State of California (not the college directly), suing the ACCJC for what they say was an unfair accreditation evaluation. Accreditation is vital for degrees from colleges to be worth the paper they’re printed on, a process many schools go through. When the ACCJC evaluated City College and decided to rescind its accreditation, the City Attorney’s Office alleges, the ACCJC was “embroiled in a political dispute with the college,” and the team that evaluated the school were “individuals affiliated with districts and organizations” that shared the ACCJC’s political leanings.

In plain English, the accreditors stacked the deck with evaluators inclined to disagree with many of the funding choices, teaching choices, and other decisions City College administrators and trustees had made. There are other complaints related to the way the ACCJC conducted its evaluation, but suffice to say the case is multi-layered.

In seeking to have the case dismissed, the ACCJC’s attorneys alleged communicating with the government was “petitioning activity,” that the only court legally able to discuss the case was at the federal level, and that the true liability for their decision to close the college lay with the state. Those were some mixed messages, and Judge Karnow rejected all of those motions yesterday.

We walked side-by-side with Dr. Barbara Beno, the head of the ACCJC, as she left the hearing. All she had for us was a terse, “no comment.”

“In this case,” he said, sternly, “you’re going to have to prove some harm. It cannot just be a technical violation.”

Eisenberg and her team at the City Attorney’s Office have a challenge. They must not only prove that the ACCJC violated its own rules and federal law, but that the People of the State of California suffered a specific and identifiable harm through the process of an unfair evaluation.

We asked Eisenberg how she would prove this. “I’m a little loathe to get into our strategy in advance of the trial,” she told the Guardian. “But when you don’t get a fair review of an institution, particularly a public community college, that in itself is a harm. These flaws in the process led to a potentially different outcome than they would have received (otherwise).”

“We don’t know for sure what the outcome would be if a fair process was followed,” she said. “We have a right to know that.”

Come Oct. 27, we’ll see exactly what her strategy is. And, in another treat, the once private documents governing the ACCJC’s secret processes and secret decisions around City College will be revealed as the City Attorney’s office demands discovery.