Home Why and how we endorsed what we did 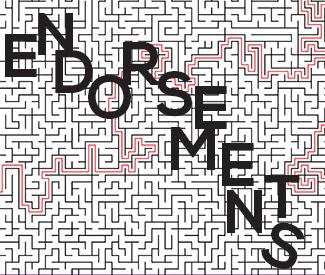 As I sort through the barrage of positive and negative feedback to the election endorsements that we published today — which included some tough calls that have surprised some of our progressive allies — I’d like to take a moment to explain how we at the Guardian approach our political endorsements and what they represent.

First of all, let me state clearly and categorically that our corporate owners had nothing to do with our decisions, which were made entirely by the Guardian’s editorial board, which includes me, News Editor Rebecca Bowe, and Staff Writer Joe Fitzgerald Rodriguez. And the three of us found consensus on all of our choices, sometimes after long discussions, even when we had differing initial views on a particular race or measure.

The other important point to make is that it’s long been the Guardian’s philosophy to avoid choosing “no endorsement” whenever possible. If voters have to make a tough decisions among bad or equally attractive options, then we shouldn’t shrink from making that decision as well, even if that risks the scorn of a segment of our readership. This was the approach that I learned from former Guardian editors Bruce Brugmann and Tim Redmond, and it’s an approach that I’ve encouraged us to continue as editor.

Finally, there’s the philosophical question of what it means to endorse a candidate, a question that we’ve spent a lot of time pondering and discussing during this election cycle. There’s not a clear and simple answer to the question, so I’ll just discuss what I think it means.

At its most basic, our endorsement means that we think our readers should vote for this person or position in this election. That’s all. It isn’t a validation of everything a politician does or stands for, and our endorsements are often driven by a weak field of challengers more than the strength of an incumbent. Frankly, there’s only one challenger in the five supervisorial races this fall who is well-qualified for the board and running a strong campaign, Tony Kelly in District 10, and we endorsed him.

The endorsement that we’re catching the most shit for right now is Scott Wiener in District 8, which was a tough call that we spent a lot of time discussing. To many progressives, Wiener is the devil, someone who has taken strong and inflexible positions on housing and regulatory issues that have angered many on the left.

But I don’t think Wiener is the devil, even though I’ve helped blast him for his bad positions as strongly as anyone in town. I think he’s a complicated person and politician who, in addition to his bad stands, has shown important political leadership and integrity on issues we do support, including transportation, nightlife, and public health. I’ve also found him to be more honest and accessible than his more progressive colleague, Sup. Jane Kim, who we also endorsed with some reservations. If you want to understand why we endorsed them, read our endorsements, it’s all in there.

Personally, for me, the hardest endorsement in our package was going no on Prop. H, and I’m still not sure whether we made the right call — or how I’m going to vote on this measure. I’ve sympathetically covered the political battles over artificial turf and this Beach Chalet project for years, and I viscerally don’t like this project, feeling like it just doesn’t belong right there on the coast.

But I understand the need for more playing time on the city’s fields, we’ve visited the site and seen how tucked away from the surrounding area it really is, and I was persuaded that it’s time to let this project proceed after six-year-long fight. Our strong rejection of the companion measure Prop. I also gives me confidence that we’re not opening the door to a rapid conversion of city playing fields to artificial turf.

Did we get it right? That’s for readers and voters to decide based on their political perspectives, but I can tell you that we made a good faith effort and spent many hours trying. And if you have doubts about the calls we made, please listen to the audio recordings of our endorsement interviews and form your own opinions. Democracy is messy business, imperfect by design, and sometimes “least bad” is the best choice.

In the end, I’m proud of our endorsements, which provide a valuable public service in helping voters sort through a long and complicated ballot, offering a more neutral and public-spirited perspective than that of the paid advocacy that is filling up voters’ mailboxes and billboards around town right now.

Good luck this election season, and don’t forget to vote by Nov. 4.