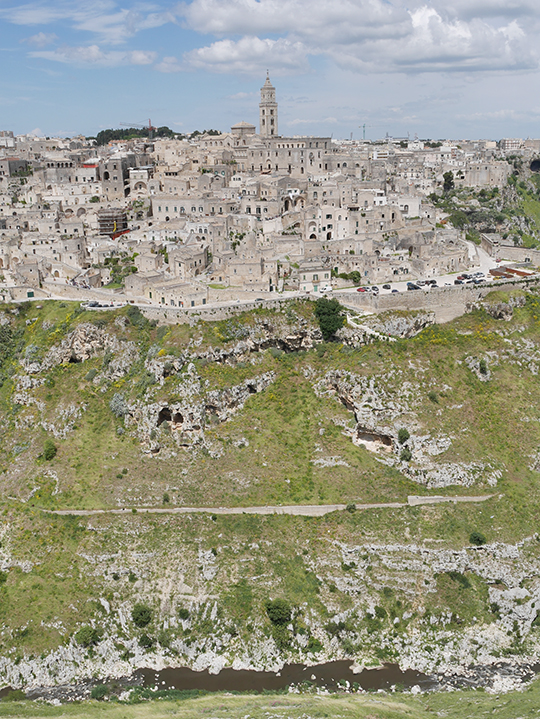 FEAST: ITALY There are 22 Caravaggio paintings in southern mainland Italy, and we were determined to feast our eyes on every last one of them this past May. (We got up all the way up to 21: one was on loan to the Dallas Museum of Art.) As important: We would eat and drink a wide path to each painting, leaving no plate unlicked in that famously delicious part of the world. Here are some highlights.

While you’re basically tripping over ancient ruins and gorgeous people everywhere you turn, Rome’s chic bistro and cute street food scene will have your head in the culinary clouds. Several experiences really stood out: relaxing in the super old-school family feel of Trattoria di Carmine (squid casserole, insanely layered eggplant parmagiana, gorgeous citrusy anchovies); wandering through the Jewish ghetto devouring as many traditional fried artichokes as we could; scooping up all the gelato at Giolitti; dropping into the trendy spots of the Pigneto neighborhood (kind of like the Mission, gentrification woes and all); drinking and dancing all night at one of the best clubs I’ve been to, Frutta e Verdura.

But there are three I keep coming back to. One is the fantastic, kind-of-hidden lunch treasure Coso near the Spanish Steps, with its lovely takes on classics like hefty but somehow delicate polpette (meatballs) and cacio e vaniglia (a sweet twist on Rome’s eternal pasta dish, spaghetti with cheese and ground pepper). Another was the almost too-hip, yet still laid-back, scene at Barzilai — how those fashionable scruffy models could eat all that rich, irresistible sfumato de artichoke and asparagus flan, we couldn’t figure. But the top of it all was a trip out to the suburbs to visit the fabled Betto e Mary, which serves pretty much what the gladiators ate, but in a family atmosphere, its walls lined with socialist memorabilia. Here we had a vast assortment of interestingly prepared sweetbreads (thymus in lemon, fried pancreas), pasta sauce with more unfamiliar animal parts, and calf’s brain in a zingy orange tomato sauce. Those gladiators sure loved their organs!

Probably my favorite city in the world right now — brimming with chaotic energy, street art, and strange corners and ancient alleyways, which often overflow with music and partying until 4am. The city was bombed heavily in World War II, and it looks like instead of rebuilding all those Renaissance-era monastic buildings and 17th century armories, they just graffitied them with abandon. Pizza, pizza, pizza is what you’ll get here — who’s complaining? — and a lot of bold, full-bodied wines from the surrounding Campagnia region: Taurasi red and Fiano di Avellino and Greco di Tufo whites. Fried balls of dough and zucchini make excellent street bites. Pasta with beans and pan-fried rabbit break up the pizza routine. But perfectly blistered thin-crust pies will make you weep with joy (especially if you’ve spent all day exploring the vast ruins of Pompeii. Hopping, affordable, late-night Pizzeria I Decumani is definitely a top choice.

The thin, winding cliff roads of this region are terrifying — but you’ll gladly risk death (preferably on a motorbike) for stunning views of pastel-colored towns sprawling up mountains, imposing 1,000-year-old Saracen towers left over from the coast’s Arab occupiers, and fantastic seafood galore. Every town boasts quaint delights, but my husband and I were really taken with tiny Atrani, with its staircase streets, large clock tower, and main plaza lined with good restaurants. Here we dived into octopus, sardines, squid, every kind of fish imaginable, and bright chartreuse glasses of limoncello liquor alongside the sparkling Mediterranean.

The sprawling, ancient cave city of Matera, in the central south, is a home base for cucina povera, peasant cooking that serves as some of the best comfort food in the world. Among the moonlit, picturesque stone buildings jutting from their original cave bases, warm dining spots serve orecchiette (ear-shaped pasta) or cavatelli (rolled up orecchiette) cooked with the region’s leafy species of broccoli rabe and sprinkled with lard-fried breadcrumbs. Sometimes they drown the whole plate in melted mozzarella. Paired with a local primitivo wine — the Basilicata region has been producing grapes since 1300 BC — it’s pure hog heaven. “You will never have orecchiette as good as this,” said our waiter at incredible neighborhood favorite Trattoria Due Sassi as he dropped off a giant bowl to share. Why? “Because my mother makes it.”

Trani is a seaside resort town on the east coast with some serious maritime history, and a cathedral — Cattedrale di San Nicola Pellegrino — that dates back to the fourth century. When we were there, it was windy and cold. No beach weekend for us, but we took necessary solace in a magical little wine shop called Enoteca de Toma Mauro. Octogenarian owner Francesco was a perfect guide to the wines of Lucania, Salento, and Puglia (the heel of Italy’s boot) in general. He also carried some killer Amaro, the favored digestif of the region — herbal and bittersweet, but with an exceptionally smooth finish, I couldn’t get enough of it. *