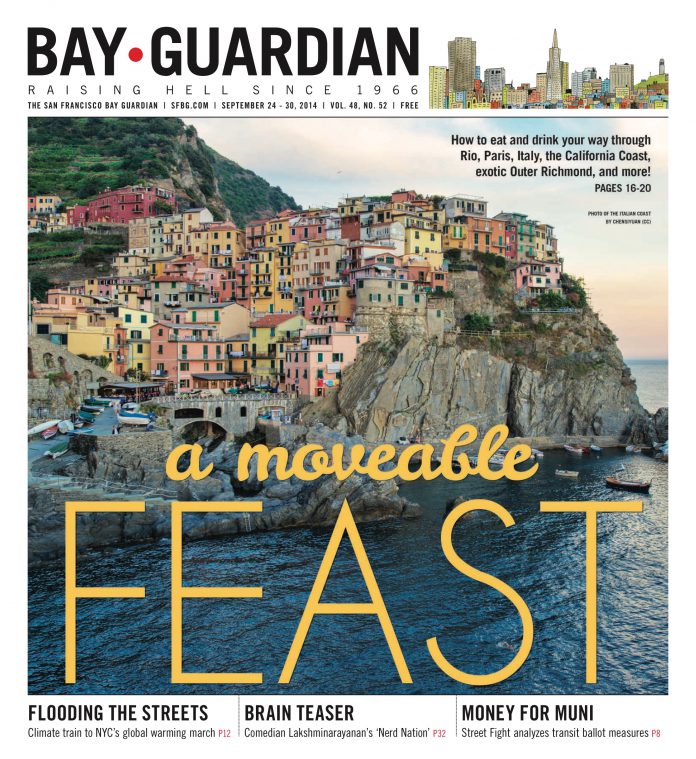 EDITORIAL As hundreds of thousands of people filled the streets of New York City and other cities around the world for a Global Climate Convergence on Sept. 21, demanding that our political and business leaders finally get serious about global warming (see “Flooding the streets“), there was no such gathering in San Francisco.

Sure, there were a few thousand Bay Area activists who gathered for the climate change event along Lake Merritt in Oakland, which included many groups and individuals from San Francisco. But we found it telling symbolism that San Francisco, as a city, was absent from this important political moment.

A city that was once a trailblazing leader on environmental issues such as solid waste reduction, transit-first policies, and adopting the precautionary principle — which calls on city officials to avoid policies and purchases that have the potential to cause environmental harm — has instead become a city guided by the logic and imperatives of capitalism, eager to grow and consume at any cost.

Speaker after speaker in New York City, Oakland, and other cities called for humanity to wake up to the realities of global climate change, slow down the wasteful economic churn and rapid depletion of important natural resources, and pursue fundamental changes to the system.

But in San Francisco, we appear to be headed in the opposite direction. The Mayor’s Office unceremoniously killed CleanPowerSF, the city’s only plan for offering more renewable energy to city residents. And it has pandered to motorists in ways that have taken millions of dollars away from public transit (see “Money for Muni“), encouraging more driving in the process even though we know that adds to global warming.

It isn’t just the neoliberals in City Hall, but the entire institutional structure of the city. Even SEIU Local 1021, long a stalwart supporter of progressive causes, has strangely endorsed the pro-automobile Prop. L and is aggressively supporting BART Board member James Fang, a Republican who supports costly extensions of the system rather than projects that promote more intensive transit uses in the urban core.

Finally, there’s this city’s monomaniacal promotion of the energy-intensive technology industry. Americans emit more greenhouse gases per capita than anyone, and recent reports show that reality is compounded by massive increases in China’s greenhouse gas emissions — which is partly because Bay Area companies produce their tech gadgets and other toys in China, which we then consume here.

San Franciscans need to stop being such voracious consumers and strive to be true innovators who accept our responsibilities and work to disrupt the rapid descent into a dangerously warming world.