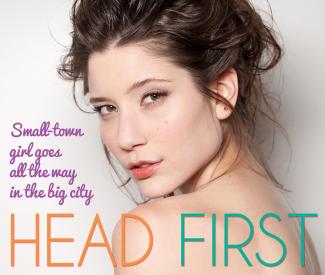 So in a small huddle of party goers, I voiced my desperation for someone who knew how to touch an asshole. I needed an expert. A hero.

“You know I wrote a book on that, right?” Glickman chimed in, holding his paper plate of vegetable kabobs out in front of him. He had a confident grin. So a few weeks later, I gave him the chance to back it up.

I didn’t know there were such things as sexological bodyworkers. But apparently, there are people certified by the state of California to stick their fingers inside of you and figure out why you can’t come as hard as you’d like. Glickman is one of those people. Don’t get it twisted, though: body workers are like private tutors for people who want to have better sex and experience more pleasure in their bodies. Their aim is to teach. They’re not prostitutes.

He took my hand. It was time to practice consent.

“Tell me to take my hands off you,” Glickman said.

So I did. Then I told him to put them back. This was his way of showing me I had control over what happened in the session. I wasn’t worried.

He instructed me to sit on the massage table and told me he was going to teach me to breathe through my ass, which meant pushing out with my butt hole.

“I want you to try to kiss the table with your anus when you inhale,” Glickman said. He breathed in and out with me as my asshole made out with the table’s surface. My body relaxed with each breath of my badonk.

I took off my clothes and lied face down on the massage table, wondering if he saw the pimple next to my nipple. I shrugged. This guy probably gets poop on his gloves. My zit is the least of his worries.

If you think it’s strange that I’d put myself in such a compromising position after having so many bad experiences in the past, I don’t blame you. It’s not like I forgot the burning sensation of many a helmet head diving into my foxhole. So why risk putting myself through more misery?

Though some may see my tenacious try-try again attitude as ignorant, I’d like to see my curiosity not as something to kill the cat, but something to nurture the sex kitten within. If all the women who had endured some kind of sexual abuse just closed their legs and asses up for good, the human race would probably be doomed. The world needs brave ladies.

Plus, I came to San Francisco to try the things that small Maryland towns can’t offer. I came here to do the things other women don’t have the courage to try. I came here to be the ray of sexual hope in the dark hole that is this universe.

So there I was, ass out on the table, ready to take one for humanity.

Glickman rubbed me down with some coconut oil and massaged me a bit before putting on a pair of purple, non-latex gloves. He asked me if it was okay if he touched my ass. I gave him an “Mhm.”

Glickman ran his finger around the outside of my asshole for awhile to get my ass to relax, explaining that the external sphincter muscles were the ones I could control. After asking if I was ready, he started to rub the inside, telling me that he was touching the internal sphincter muscles, which I had no control over.

“Is that why this feels like I’m taking a shit?” I asked.

“It can mimic that sensation,” he replied.

The littlest movement of his finger created huge waves of feeling in my butt. Sometimes, without warning, my ass would clamp down defensively on his finger like a bear trap. The idea that dudes just wanted to immediately cram their dicks into that tiny hole became even more unbelievable as Glickman moved his finger inside of me. I wanted to smack all those dumb 20-somethings upside their heads. Like, what the fuck, guys?

He handed me a mirror and I held it between my legs so he could show me what he was doing. He did things that no man or woman had ever done to me, and he taught me to do them to myself. (By the way, there’s this particular way of rubbing the insides of the outer labia that makes your crotch freak out in a good way. FREAK…OUT!)

When the session was over, he left me to bask in the aftermath of coming a lot. I slowly sat up and stared through the back window at a few construction dudes throwing lumber into a truck in the parking lot below. I felt completely relaxed and grounded in my body. My hands and feet tingled. I got up to take a piss.

So now I know that I can have an orgasm with something in my ass, but only when someone is stimulating my cooch. (The clitoris will always be the MVP.) Ass play isn’t a hopeless venture, but any guys who try to rip me a new one certainly are.

As I slinked out of the bathroom and curled up on the couch, Glickman said I looked like a cat who’d eaten something delicious. I nodded and smiled, and he had a look of pride, like he’d saved a stray in need. He proved that fingers in the ass ain’t bad — I took two for humanity.

You can read Krissy Eliot’s Head First column every Thursday on the Guardian’s Sex SF blog (www.sfbg.com/sexsf) and read her past work at www.krissyeliot.com.