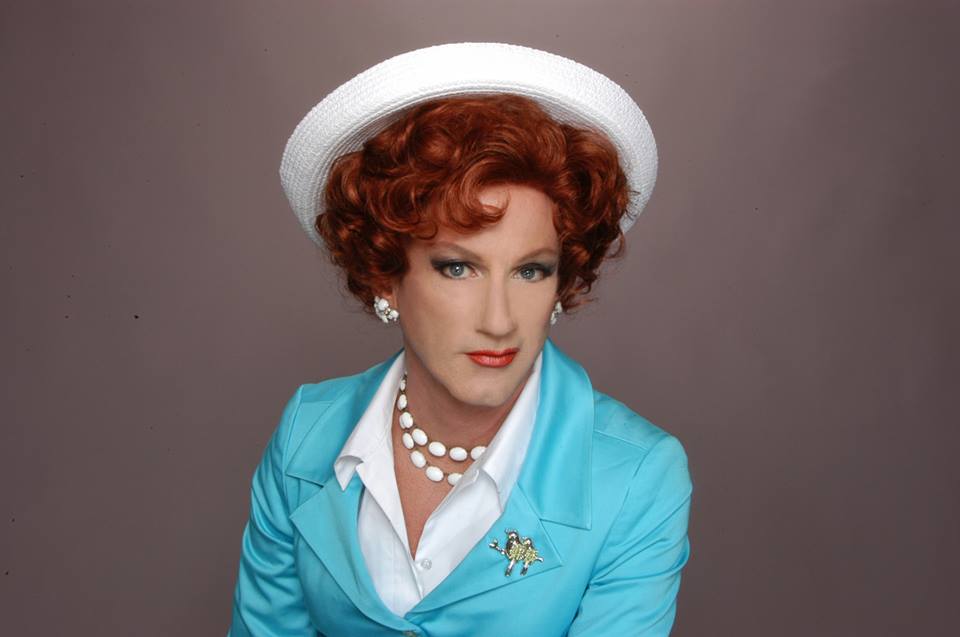 To call seminal SF perfomer and alpha theater aficionado Arturo Galster merely a “drag queen” is to do his range — from the legendary Vegas in Space movie and pitch-perfect live-sung Pasty Cline interpretations to his recent technicolor turns with the Thrillpeddlers — a disservice. But his name will always call to mind that moment in the late ’80s and early ’90s when SF’s drag scene unmoored itself from polite old school diva kabuki into a squall of gloriously punky, ironic camp.

Arturo was always the epitome of grace and professional onstage focus, of course, whether hilariously and touchingly channeling broken stars in Dirty Little  Showtunes and Hedwig or playing little Rhoda’s beleaguered mom in a hysterical take-off of The Bad Seed. Many well-known drag queens and entertainers recall first being inspired to take to the stage after seeing Arturo’s performances.

His death was announced by his close friend Helen Shumaker on her Facebook page. According to IMDB, Arturo was born in 1972 (that may be debatable, but he always looked fabulous!)

The cirumstances of his death are unknown. Other comments seem to indicate there was an altercation in Dolores Park after Saturday’s “Showgirls: Night of a Thousand Lapdances” at Castro Theatre, and that Arturo sustained a head wound, but refused medical attention. As of this writing, no charges have been filed and further medical information was unavailable.

On hearing the news, SF’s underground queer arts community took to Facebook to express their condolences and share stories.

It’s a sad, sad night in the Bay Area as we mourn the loss of a brilliant entertainer, artist, and friend. R.I.P. Arturo Galster

Arturo Galster, you were one of the first people to make a huge impact on me when I first moved to SF, when I first saw you perform at the Castro St. Fair in 1991. You had just come back from Japan, and to me you were a superstar. Thanks for always being so brilliant, I can’t believe you’re not here any more….

RIP Arturo Galster- I’m in a state of shock, and please tell me it’s not true, but just heard Arturo has died. He was THE MOST brilliant performer and loyal to a core. So fun loving it was scary. In so many of my shows since the 80’s I feel a bit of San Francisco Theatre history has been ripped from my heart. We MUST properly memorialize him….Arturo – or Smartie as I called him- sang the first song in the first show I did at the Castro almost 20 years ago- and then went on singing, and acting, and clowning. He was simply the best. He was also THE GREATEST audience member, when he was not onstage cheering on his fellow artist. That is a rare quality.He was generous kind, sassy without being mean-spirited. He was also a good neighbor and old friend.

I still remember staring at a Patsy Cline and the Memphis G-Spots poster on my friend Jessica’s wall when I was 16. I was in awe. And years later, I remember the first day I met him, when he came into the New Government on Haight Street, just having returned from Japan. I was still in awe. I could never shake that feeling – working with him – playing with him – I couldn’t help feel that I was in the presence of a celebrity. He was hilarious. He was ridiculous. He was a genius. And you could never tame him. A true original. A humble diva. I salute you Arturo Galster.

One of the funniest things I ever heard him say was as Patsy Cline years ago after singing “Walkin’After Midnight;” he told then Mayor Willie Brown: “The reason I was out walking after midnight was because the damn MUNI never came.” Arturo loved showing his Airbnb guests around. Since we lived around the corner from each other, I often ran into them on the street as they were off to dinner or just coming back. Not only did Arturo warm his way into all of his friends’ hearts but these 103 strangers’ as well

So sad to hear about the loss of Arturo Galster. Arturo was what I wanted to be when I became an old theater queen. I loved him so. He loved me. He was a wonderful talent. I will never forget every night in Pearls Over Shanghai watching him from behind, slumped down as Red Dragon, deliver the best monologue in the show. As my mother in The Bad Seed, making hundreds and hundreds laugh and upstaging everyone. As Hedwig Number 1 … killing it every time. Signing country tunes with you. Telling me you are the Set Fishell of the future. I should be so lucky. I’m shocked. Saddened. I love you Arturo. I always will.

I’m so shocked and saddened to hear of Arturo Galster’s passing. I remember the first time I met him. He was singing as Patsy Cline and I was so moved by his beautiful performance. I told him so and he responded with such grace and humility. It was always such a delight to crossed paths with him after that first meeting and I longed to one day work with him. He was a generous, welcoming man with exquisite talent and a glorious laugh. Hearing him guffaw in the audience at a performance of mine always lifted my spirits so. And being in his enormous presence was a gift. I will miss him.

There’s a party in the VIP lounge. Host, Diet Popstitute and Hostess Miss Kitty Litter Green. The guest of honor is Arturo Galster, and it is the party to end all parties… Please save me a mock tail. I’ll meet you there, because I am not done loving on Y’all yet!!! I love you…..

You can see more tributes and fabulous pics on Arturo’s Facebook page. I, too, recall being wowed out of my skin at Arturo’s Patsy Cline and always getting a warm, excited nod when I ran into him at performances. Thank you for all the laughs (and tears!) RIP.