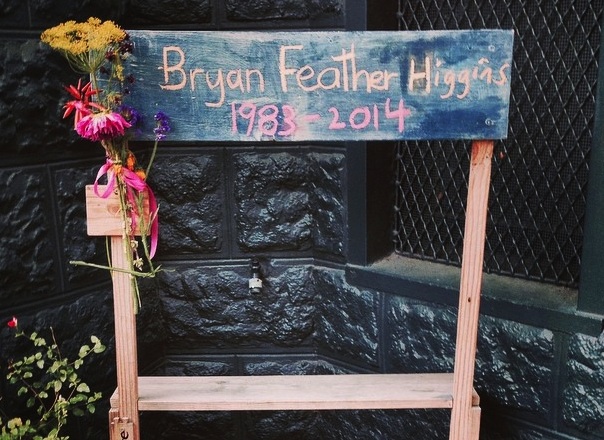 There have been no new developments in the case of Feather, aka Bryan Higgins, the Radical Faerie who was found beaten near Duboce Park, and who later died at SF General.

Feather was found around 7:30am on Sunday, Aug. 10 near Church and Duboce streets. Police are still looking for a white man in his 20s or 30s wearing a grey hoodie at the time of the attack. Police are reviewing camera footage which supposedly contains images of the attack, but have yet to release the footage to the public.

Meanwhile, a memorial fund has been set up for medical, funeral, and other expenses incurred by Feather’s death. An emotional farewell gathering at Duboce Park and memorial at St. Francis Lutheran Church in the Castro brought the community together to mourn and celebrate Feather’s life.

The volunteer Castro Community Patrol  put out the following flier:

At the Duboce Park farewell, Supervisor Scott Wiener talked to me about how he feels the area around Castro and Duboce has become more dangerous, and how he has been working towards increased police presence, which he says has dramatically decreased due to city budget reprioritization. Other attendees suggested alternative ways to increase security in the area, like redesigning the “dead corner” behind the Safeway to include more visibility, housing, businesses, or community activities.

Brian Hagerty, Feather’s husband, told me that most of Feather’s organs had been donated. “It was his decision. He was 31, a vegan for 10 years, did yoga daily: they were basically begging for his body, because he was in perfect condition and was so young.

“My sister has typed up a really nice message to let people know that Bryan was a giver, and continued to give his heart, literally, even after his passing. He was a kind soul who is helping others to not die.“