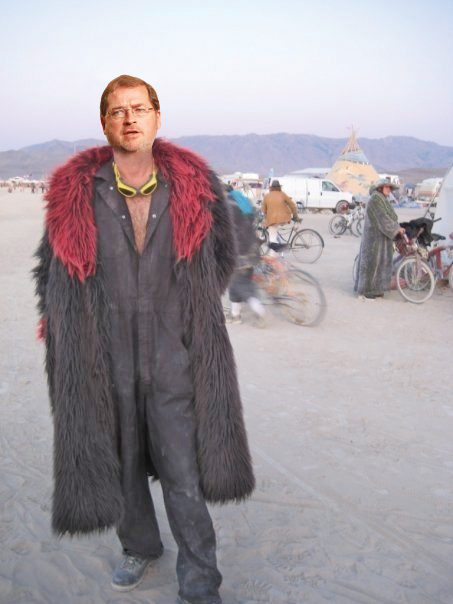 The man who has sometimes been called “the most powerful man in Washington,” anti-tax crusader Grover Norquist, is headed to Burning Man.

“It’s official. Samah and I are off to ‘Burning Man’ this year. Scratch one from the Bucket List,” Norquist tweeted.

Its official. Samah and I are off to “Burning Man” this year. Scratch one from the Bucket List.

Let’s make bets now: Will some Burner hand Norquist a hallucinogen and post the ensuing madness to YouTube?

Here are some responses to Norquist’s announcement, from Twitter

Shark jumped. RT @GroverNorquist Its official. Samah and I are off to “Burning Man” this year. Scratch one from the Bucket List.

@GroverNorquist Grover at Burning Man… Hipsters scatter like roaches – lol – BTW, thanks for mentioning us in your last book!

@GroverNorquist I hope you kick it soon.

Hey hipsters, say hello to anti-taxxer Grover Norquist at Burning Man this year. He will be gifting tax cuts. What revelry!

Who out there thinks Grover Norquist is gonna get TWISTED on something when he goes to BURNING MAN? LOL.