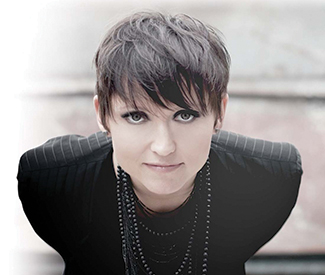 SUPER EGO Tired of dead kids in your news feed? Totally over arguing about who has the right to bomb whom? Sick of Ebola outbreaks, aching over the latest insurgency, exhausted from endless eco-snafus?

Ready to throw your hand up over this whole stupid humanity thing in general?

There is a place where you can, in fact, throw up your hands! It is called the dance floor, duh. And if you’re feeling so depressed you can hardly leave the house, I tell you this: Force yourself to go dancing somewhere, anywhere. You won’t regret it. That was basically me last weekend (even little fairies get the blues) and, seriously, the healing power of nightlife — and daylife, for there’s much canoodling to be had in the bright sun — really rebooted my outlook. No longer was I terrified of life itself, or even the Internet.

Bonus: People tend to shut up on the dance floor, too, unless they’re singing along. Sweet, sweet consensus at last.

Known here mostly for his wonderfully freaky work as Bushwacka, Matthew B’s Just Be guise digs a little deeper into global electronic textures — while still retaining all the funky joy we love. He’s heading up the weekly Base party, now moved to Monarch.

Detroit homegirl (and Berlin superstar) Magda is a true artist on the decks, expanding everyone’s musical ear — techno is treated like a canvas, with rave-y effects, goofy soundtrack excerpts, and classic house surprises spattered across it with a jazz-like improvisatory aesthetic. Great, fun stuff.

If you’ve ever dreamed of hearing deepest disco tracks played on a hypermodern sound system by some real-deal players, pack up your sequined clutch and twirl down to Mighty to hear DJs Bus Station John, Anthony Mansfield, and Steve Fabus. Open bar 9pm-10pm!

Oakland’s Mr. Jackson isn’t afraid to pull the house rug out from under you and send you on a trip up the stars. Gorgeous grooves delivered with an up-to-the-minute sensibility, at the ever-awesome Push The Feeling monthly.

Disco-mania! One of the sweetest crate-diggers on the scene, Kenneth L. Kemp, joins Eddie House and Go Bang residents Sergio and Steve Fabus for this spangly monthly get-down full of fabulous peeps and “atomic action.”

Those crazy kids of the Lights Down Low party are at it again with this essential Bristol, UK musicmaker, who helped redefine “deep house” in a tech-pop sense. As a DJ, Bashmore knows his real deep stuff, and this will be a party. Local lover Nick Monaco opens.

A cosmic garage-bass-techno colony roots itself in Lower Haight one Sunday every month: August sees Dr. Sleep at the controls, with DJs CZ, Nackt, and CM-4 backing up on the bridge.