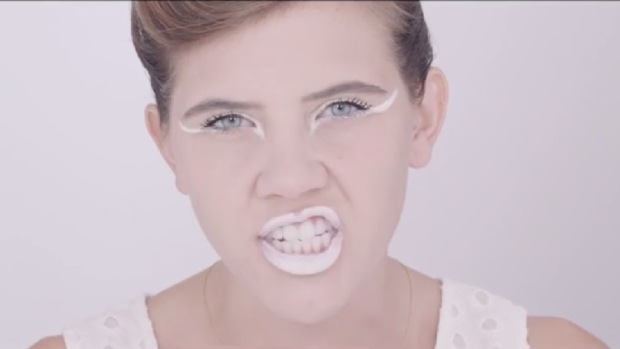 Just in case you’ve been living under a rock slightly behind on your local music coverage for the past couple weeks, allow us to remind you of a crazy little 48-hour contest called the Music Video Race, which saw yours truly judging some rather impressive entries from 16 different local band/filmmaker posses, and which culminated with a premiere party at The Independent on July 20.

In honor of the teams’ hasty, ambitious efforts — and in honor of this amazing time-suck/curated exercise in pop culture history — we’ve decided to spend the rest of the day watching music videos. It’ll be kind of like coming home from school and zoning out in front of TRL, only you don’t have to look at Carson Daly. Join us, won’t you?

First, here are a few of the winning videos from the competition:

The Tropics‘ “Sons and Daughters” took home Best Video, with this otherwordly feast for the eyes that looks like it took way longer than 48 hours:

…while the ever-ingenious/usually pretty insane Bill Baird was the runner-up with “Soggy Soul,” featuring this kaleidascopic naked-cartwheel-on-the-beach party.

Still with us? Good. Here are a few new videos from local bands (not part of the MVR) that did take longer than 24 hours, that are still very worth your eyes and ears:

There’s this trippy orange business for “Always,” by SF’s Melted Toys, off their new release:

Then there’s this dreamy, unabashed love letter to our home state in “I Love California,” from Be Calm Honcho:

And this hypnotic offering for “No Werewolf,” by LA hooligans the Allah-Las, off their upcoming full-length:

Finally, there’s this adrenaline-fueled sprint for “Story 2” from clipping., a three-man rap crew also based in LA, but we have it on good authority that two out of three of ’em grew up in the East Bay.