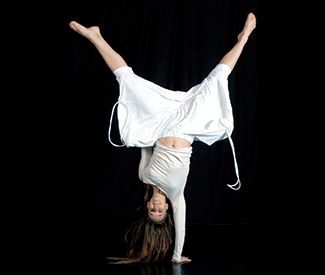 DANCE What the future holds for the most recent crop of dancer-choreographers to graduate from SAFEhouse for the Performing Arts’ Resident Artist Workshop remains to be seen. They may return to the comfort of the studio space at the Garage on Bryant Street for another session of work, work, work. Others might strike out on their own locally, while a few may take off for places like Amsterdam and Lisbon, as other RAW grads have done.

On the basis of five of the possible 10 programs seen last weekend during seventh annual Summer Performance Festival, or SPF7, at ODC Theater, SAFEhouse is doing more than saving the arts from extinction; it is nourishing an extraordinarily broad spectrum of choreographic voices.

Still, SPF’s currently established presentation format needs some rethinking. Scheduling three programs per night, each with a different time slot in two different venues, appears to disadvantage those performing later. Audiences dropped off noticeably during the evening. Since not everyone was able to show a 45-minute work as planned, returning to the more traditional grouping in one venue appears worth considering.

To watch expressions of untamed abandon and fierce control, first in Cali & Co’s Suspect and You Are Here, and then in similar yet so differently realized impulses in Miriam Wolodarski’s Fall Work, was enough to get one’s head spinning. Cali’s excellent Suspect is a tight, highly athletic sextet in which pedestrian moves — a lot of walking and running — build a sense of suspense that becomes increasingly ominous when glances become stares, and accidental bumps turn into shoves. Choreographed in short, intense phrases that get cut off or melt into duets and trios, Suspect is seamless. You, a work in progress, fascinated by the individuality of its sections: a woman systematically folding and unfolding her body; dancers trying to get a foot over their head; versions of boxing thrusts. Hopefully, we’ll see a completed version soon.

Because of the oddities of the programming, I saw Wolodarski’s chaotic Fall Work twice. She is a wild woman whose anarchy is meticulously timed as she works her way toward a gradual revealing of herself as a mount of raw flesh. It’s a piece that embraces physicality to the point of insanity. At first Wolodarski disappears into the shakes and twitches that emanate from her raincoat; at the end, half naked, she collapses after having flung herself into the air again and again. Fall sports some tenderness in a tortuous coupling, and a sense of humor with which the choreographer tries to keep us at arm’s length.

Closing that evening was Ronja Ver’s solo, Dear America, a piece she describes as a “complex declaration of love to the post economic collapse United States of America.” Quite a topic. Ver is a strong, at times mesmerizing performer, more interesting to watch than her choreography. Dear has some well defined theatrical impulses, as when an outstretched hand acquires ambiguous power, or a trembling motion evolves into different characters, or her take on kissing the ground of one’s country. But the piece needs to be better defined.

SPF7 opened with Jaara Dance Project, a young company that works on the intersection of experimental and traditional African dance. To see these strong, so very individual women express themselves with a contemporary sensibility rooted in African dance values made you want to see more of what they do.

The programming, however, was a little problematic. Musically speaking, having the two parts of Red Clay divided by Other Halves, a duet set to Arvo Part’s “Spiegel,” was jarring. Considering the score, Martha L. Zepeda and Kao Vey Saephanh also took a rather stiff, awkward approach to their duet.

In the opening Red Clay: Not One, choreographer Baindu Conté-Coomber introduced lacy hand gestures for a trio of women on folding chairs that they later carried on their heads like water jugs. The solos showcased Zepeda in an angular dramatic vein, while Jaade Green, gifted with a strong liquid back, performed with exuberant lyricism.

In Red Clay: Not Two, Conté-Coomber took over the stage in a fleet and finely detailed solo that celebrated her identity with its recurring refrain of “I am not afraid of my life…” Fragmentary pieces of text read by volunteers created a bond between the audience and the dancer.

In another time slot, Anata Project was co-billed with Unum Dance. Both companies deserve to be seen again. Claudia Anata Hubiak’s quietly circular and well-shaped HomeBody seemed pushed along an inexorable trajectory toward individuation that got re-absorbed into a communal identity. Ashille Kirby was the soloist who soared for but a moment. Unum’s short Working Title showcased Diana Broker, a fine expressive dancer, and a hooded Michael Michalski as … her memory? Her shadow? Her inspiration? Take your pick. 2