Home Future, the Auto-Tune rapper du jour, had a very lazy night at... 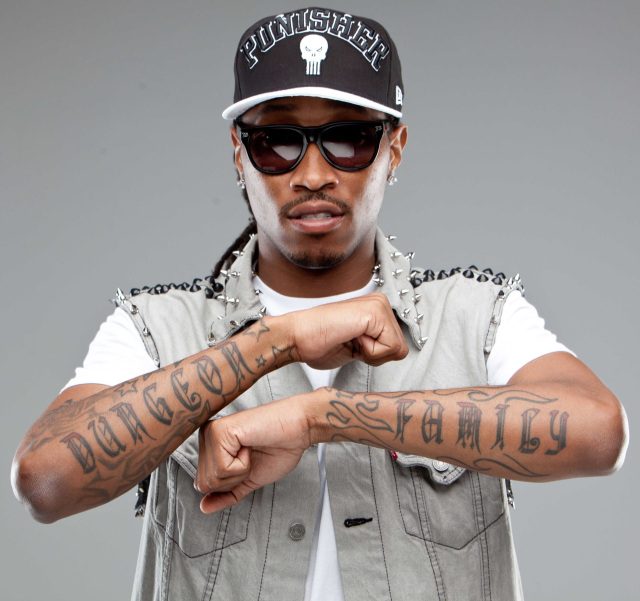 Future, America’s Auto-Tune rapper du jour, is in a cushy position. His recent album Honest is one of the year’s most critically acclaimed rap albums so far, and it’s moved enough units to establish him as a major presence on 2014’s hip-hop scene. Hip-hop fans know who he is, as do a lot of indie kids who’ve stumbled across fawning reviews of his work online. But he’s not yet a star.

As such, he doesn’t get a lot of high-profile hate. His most notable detractor is his direct stylistic predecessor, T-Pain, who’s expressed resentment towards the acclaim Future’s garnered through his use of the same software T-Pain was so often mocked for during his own career heyday. Auto-Tune was — and still is — viewed by musical conservatives as a crutch, a fancy tool for artists who couldn’t sing and were thus “talentless.” Along with laptop DJing and lip-synching, it is one of the most likely factors anyone will cite in arguing music has gotten worse.

All three of these factors were part of Future’s Regency Ballroom set on June 30. And as highly as I hold my own musical non-conservatism as a value, I must admit I have a much better conception of why the rockists, live-music defenders, and Tupac worshippers of the T-Pain era were so incensed. I still believe laptops, lip-synching, and Auto-Tune are not mutually exclusive to a great performance. But I also see how people can use them to cut corners.

Future didn’t even try to put on a show. He made no attempt to hide the fact that he was rapping over a pre-recorded vocal track, frequently staring off into space and taking brief but obvious pauses to catch his breath. His stage banter was incomprehensible. He moved around a lot, but not with any particular charisma — his stiff, awkward bounces made him look like a figurine being held by the head and “walked” by an invisible child. His job was not to perform or to rap — his job was to be Future, to stand there and be important while the DJ absent-mindedly cued up his own songs.

The most glaring aspect of his performance was the lack of his trademark vocal processing. Without it, the weakness of his flow and rhymes stuck out like a sore thumb — especially given how good he sounded on the pre-recorded track, all effects intact. At the risk of sounding like one of the rockists who unfairly accused T-Pain, Lil Wayne, and Kanye West of using Auto-Tune as a crutch, I am prepared to lobby the same accusation at Future. He simply doesn’t seem able to do anything well without it.

The opening acts easily showed him up. The show kicked off with mini-sets by members of Future’s Freebandz crew, at least two of whom were both better performers and rappers than Future but who engaged in some heinous misogyny and uncomfortable crowd interactions (hearing a rapper spend 12 acapella bars describing an audience member’s vagina isn’t really fun for anyone except the rapper). Rico Love’s set was worth watching if only because his trio of DJs made their own beats live; Love himself was buffoonish, one of those alpha-male lovermen who seem more obnoxious and dated as each of their peers falls from grace (Chris Brown, Robin Thicke, Justin Timberlake).

This might sound like a nightmare to sit through. For the uninitiated, perhaps. But the artists increased in popularity as they decreased in showmanship, meaning that a Future fan could be thrilled by the openers, even more thrilled when Future drops one of his trademark tracks, and come out of the show having had a great time. Future’s set was essentially a bunch of Future recordings being played over a massive sound system, with the man himself MCing. If you’ve heard and come to love “Move That Dope” and “Turn On The Lights,” hearing them on such a scale must be a treat.

And for the audience, that seemed to be the case. The entire floor shook during “Move That Dope,” with all the diverse audience demographics — hip-hop fans, bros, middle-aged staff, the occasional Hitler Youth hairdo who could only have been there because of Honest‘s 8.1 on Pitchfork — jumping up and down in a massive communal wave. Blunts were lit every six feet, couples did the grind, hands were thrown in the air. Everyone seemed to be enjoying themselves.

Which brings me back to my criticism of Future’s set, and my own insecurities over my willingness to play along with the natural and unstoppable (d)evolution of live music. How can I criticize Future for not putting any effort into his show when nobody really seemed to care? Is it fair to judge his set as an outsider, when those who know all the Honest songs by heart can revel in singing along to them? If people are willing to shell out 30 bucks to watch their favorite artist not give a shit, so be it.  As for me, I’ll be at home, illegally downloading his albums.