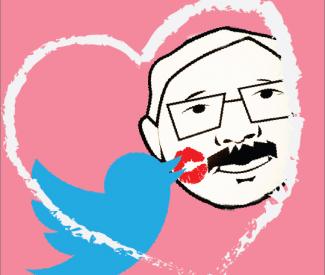 Employers in San Francisco received nearly $17 million in special business tax breaks from the city last year, with the biggest ticket corporate welfare categories being the Central Market Street and Tenderloin Area Exclusion — commonly known as the Twitter tax break after its catalyst and biggest beneficiary — and a tax break given to small businesses.

On Friday, the San Francisco Treasurer and Tax Collectors’ Office delivered to the Board of Supervisors the required annual reports for seven separate programs that reduce the payroll tax burden on local businesses, most of them approved since Mayor Ed Lee took office. This year’s corporate welfare total of nearly $16.8 million is up about $2.5 million from last year’s total.

The Net New Payroll Exclusion, a small business tax break for businesses with an annual payroll of less than $500,000 created in 2012 by legislation authored by Sups. David Campos and Mark Farrell, last year allowed 2,488 businesses to reduce their city tax burden by $5,258,572.

By contrast, just 11 businesses in the mid-Market market reaped $4,243,997 in payroll tax breaks last year, the biggest being Twitter. Taxpayer privacy laws prevent the city from naming the businesses involved in these tax breaks, but Twitter was also likely the sole company that reportedly benefitted from the exclusion of $37,922,531 in stock options from its tax obligation, saving another $568,837 there.

Despite a booming local economy and record low unemployment, the city itself is still wrestling with annual budget deficits that are projected to continue growing for each of the next five years, from $66 million in the coming fiscal year to $339.4 million in 2017-18, according to estimates from the San Francisco Controller’s Office.

Even so, the city recently cut $500 tax rebate checks to 7,120 local business, for a total of $3,560,000, as part of the Surplus Business Tax Revenue program approved during the 1990s, which triggers a tax rebate when business tax revenues grown more than 5 percent in a year.