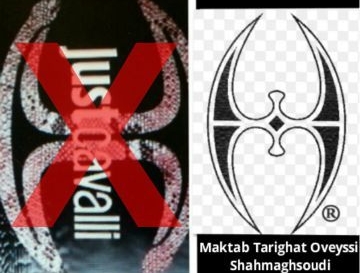 Tomorrow a gathering of Sufi students will protest the Just Cavalli line at Union Square, alleging the famous fashion designer used a sacred religious symbol in his clothing and perfume product lines.

The action is part of a global series of protests in London, New York, Houston, Los Angeles, Dusseldorf and other cities. In numerous YouTube videos, tweets, and blog posts, the Sufi students expressed outrage at seeing their symbol, which they also say is trademarked by their religious school for 27 years, used as a product for sale. The school’s religious traditions have been retold from teacher to teacher for over 1,400 years, students of the school told us.

“The symbol spells out ‘Allah,’ which means god for us, and also spells out words from the holy Quran,” protest organizer and student Nasim Bahadorani told us. “Mr. Cavalli used the symbol on the top of a perfume bottle. He also took the symbol that means god to us and rebranded it as a snake bite in some contexts. For us that represents carnality.”

“It is,” she said, “outrageously insulting.”

The Sufi’s protest group, called the “Take Off the Just Cavalli Logo,” started a Change.org petition (with nearly 3,000 signatures):

The religious emblem belongs to MTO Shahmaghsoudi, it represents peace, purity and the name of God. Students of this school feel very strongly about the illegitimate use of this emblem as the JustCavalli logo. The logo has been tattooed onto models to represent snake bites and draws connotational indication of the deadly sins. This is completely opposing the original definition of the sacred emblem.

Not only is its use disrespectful but it’s also offensive and degrading.

The use of the sacred emblem as a fashion logo has also caused confusion amongst the family and friends of Sufi students. As well as having to witness the exploitation of their beloved sacred emblem, they also have to explain to their family and friends that they have no affiliation with the JustCavalli range due to the exploitation by Mr Cavalli.

He is making a habit of disregarding people’s beliefs and belief systems, support this cause and make him aware of his insistent disregard of sacred emblems.

The outrage may stem not only from the alleged misuse of their religious symbol, but because commerce itself is spurned in Sufi teachings.

A BBC explainer on the Sufi community :

Non-Muslims often mistake Sufism as a sect of Islam. Sufism is more accurately described as an aspect or dimension of Islam. Sufi orders (Tariqas) can be found in Sunni, Shia and other Islamic groups. Ibn Khaldun, the 14th century Arab historian, described Sufism as “dedication to worship, total dedication to Allah most High, disregard for the finery and ornament of the world, abstinence from the pleasure, wealth, and prestige sought by most men, and retiring from others to worship alone.”

Now this journalist is at a distinct disadvantage covering Roberto Cavalli, having been born in 1986 and having zero fashion sense (no need to cite sources, it’s well known). But the quite fashionable Bay Guardian Publisher Marke B. had this to say about Cavalli’s high waisted pleated pants: “His was the stuff you’d run away from in the eighties.” Then he shuddered. 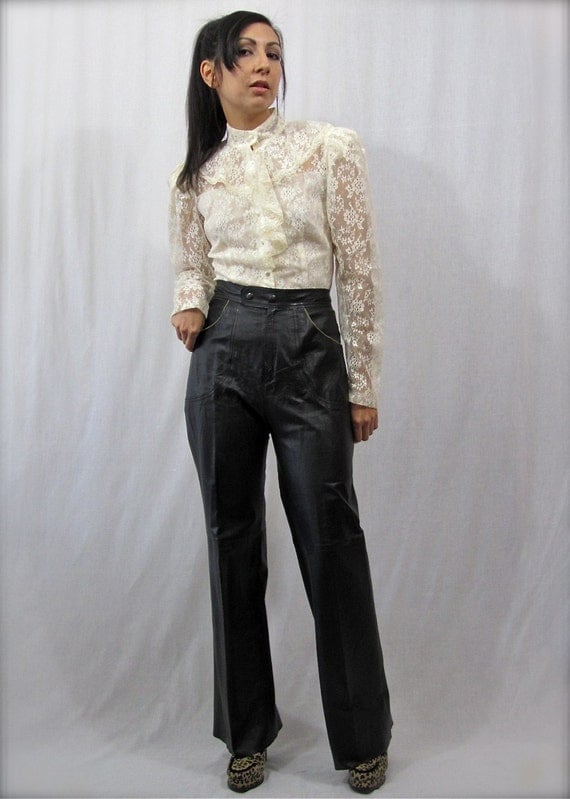 The Cavalli company maintains any similarity is just a coincidence. In a written statement to the Guardian UK, it said “The logos are clearly very different and in no way can be deemed similar, and this has been recognised by the Office for Harmonization in the Internal Market (OHIM). When the company examined, conceptualised and registered the Just Cavalli logo, it received complete assurance by a primary trademark office that there would be no issues related to the juxtaposition of the logo, and in fact there have been none.”

In one of their many YouTube videos, the Sufi student group contends the use of their religious symbol is a “sign of hatred.” Clothing sporting the symbol can be found in San Francisco at H&M, Macy’s, and Nordstroms.

The Sufi students plan to protest at Union Square on Saturday, June 21, at 1pm. “All we want is for the company to remove the logo,” Bahadorani told us.

As a side note, the Sufi group has bombarded the Bay Guardian and other San Francisco outlets with about a bajillion tweets (that’s a wholly accurate number) over the past few days. Suffice to say, they’ve gotten their message across.