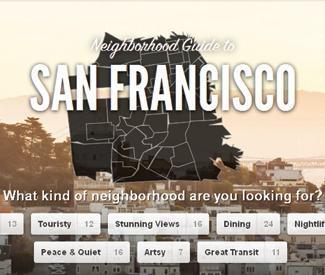 More information has been coming out about how Airbnb is used to convert San Francisco apartments into tourist rentals — including an interesting study reported by the San Francisco Chronicle last weekend — in advance of next month’s hearings on legislation to legalize and regulate short-term rentals.

But questions remain about why the city agencies in charge of regulating such “tourist conversions,” which have long been illegal under city law, have done so little to crack down on the growing practice. For more than two years, we at the Guardian have been publicly highlighting such violations, which have finally caught fire with the public in the last six months.

Even Mayor Ed Lee — who has helped shield Airbnb from scrutiny over its tax dodging and other violations, at least partially because they share an investor in venture capitalist Ron Conway — has finally said the city should pass legislation to regulate the company, as Sup. David Chiu is trying to do.

But attorney Joseph Tobener, who has represented clients evicted to facilitate Airbnb rentals and has brought a number of such lawsuits on behalf of San Francisco Tenants Union, still can’t get city departments to issue notices of violation even for the most egregious offenders that he’s suing, an administrative prerequisite to filing a lawsuit.

“The Department of Building Inspection and the Department of Planning need to start shutting these violators down by enforcing the existing laws, or we need stricter laws that allow us to pursue our claims without City approval.  Two months ago, we sent our requests to pursue landlords on behalf of the SFTU.  Then, radio silence.  Two months of utter inaction. Someone in charge does not want to see us close the loophole that is allowing landlords to take units out of our housing stock,” Tobener said.

The Chronicle investigation found that in San Francisco, 1,278 Airbnb hosts in San Francisco were managing multiple properties (Chiu’s legislation would limit hosts to their primary residence for just 90 rental nights per year), including 160 entire homes that tourists appear to be renting out full-time. Overall, the paper counted 4,798 properties for rent in San Francisco through Airbnb, 2,984 of which were entire homes, belying the “shared housing” label favored by the company and its supporters.

And even though groups like the San Francisco Apartment Association and SFTU say they have been actively trying to get the city departments to crack down on such illegal uses over the last year, representatives for DBI and the Planning Department say they’ve received few complaints and therefore issued few violations, while also saying they need more resources to regulate the problem, something Chiu’s legislation would begin to help address.

“Our enforcement process is complaint based and we investigate each complaint that is received by our Department (more than 700 per year).  Complaints regarding short term rentals that result in the loss of housing are prioritized for enforcement,” Planning Department spokesperson Gina Simi told the Guardian.

She said that property owners are given the opportunity to correct a violation before being cited, something that she said happens in about 80 percent of cases.

“A case is opened for every complaint received. Since March 2012, we have had approximately 120 enforcement cases for Short Term Rentals.  In each case, notices were sent to the property owner and approximately half (54) have been abated and half (66) are active cases.  Many of these (approximately 30) were received since the beginning of April 2014,” she told us when we inquired about the issue last month.

As for Tobener’s charge that city agencies are dragging their feet and making it difficult for his clients to pursue relief from the courts, she said, “The ability for interested parties to pursue the matter through civil action (for injunctive or monetary relief) following the filing of a complaint and determination of a violation is a process outlined in Chapter 41A, which is enforced by the Department of Building Inspection.  Enforcement under the Planning Code does not allow for interested parties to seek civil action.”

But DBI spokesperson William Strawn said his department hasn’t received many complaints, claiming to have gotten just three total through the end of last year.

“A few weeks ago, per Mr. Tobener, we did receive seven complaints, with documentation, that the Housing Division is still reviewing; and, per [DBI Chief Housing Director Rosemary] Bosque, we also recently received an additional seven complaints – for a current total of 14 – that also are under review and being scheduled for administrative review hearings, as required by Chapter 41A,” Strawn told the Guardian.

But he also pointed his finger back at the Planning Department as the agency that should be handling problems related to the short-term stays facilitated by Airbnb.

“Given that these ‘duration of stay’ issues are Planning Code matters – a point we have made to Supervisor Chiu, and which I know you discussed with the Planning Director {John Rahaim] during Supervisor Chiu’s media availability on this issue a few weeks ago – the role of the Building Department in the enforcement of these types of complaints in our relatively new Internet Age will require guidance from the City Attorney,” Strawn told us.

Indeed, in response to a Guardian question about why the Planning Department seems to have ignored violations facilitated by Airbnb, Rahaim said that his department hasn’t had the resources, tools, and authority to address the problem, even though, “This is an important issue we’ve been hearing about for quite some time.”