Home If you even have time to make it to the movies between...
WriterCheryl EddyWriterGuardian Staff Writers
SectionPixel Vision 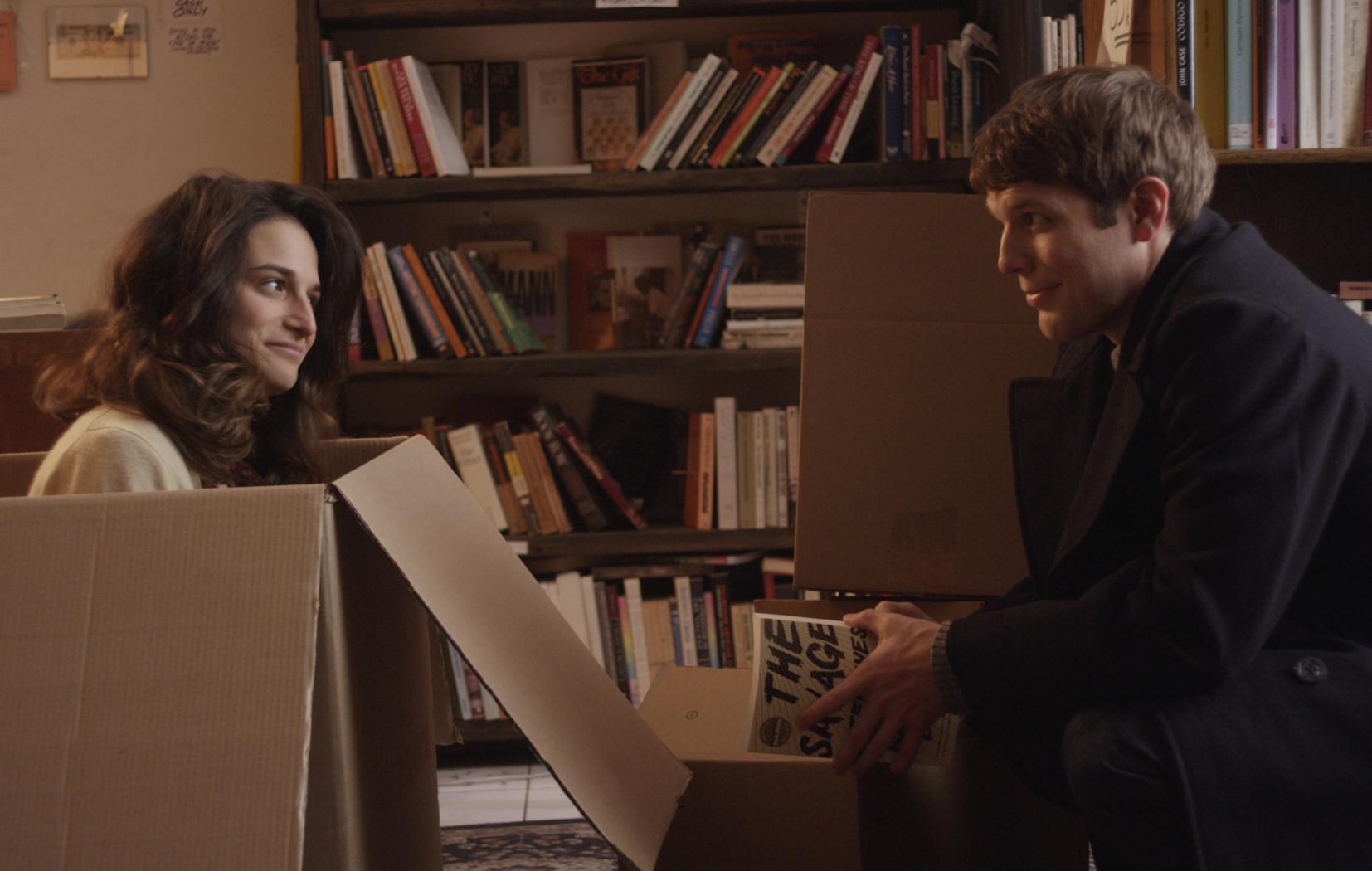 …read on for our takes on the new flicks of the week. Pssst: lots of good stuff still to come at DocFest, too!

Alone Yet Not Alone Remember that Christian historical drama that was Oscar-nominated for Best Song but then got kicked out of the running because of the songwriter’s sketchy campaign tactics? No? Well, here ’tis. (1:43)

Gore Vidal: The United States of Amnesia Nicholas Wrathall’s highly entertaining documentary pays tribute to one of the 20th century’s most brilliant, original, and cranky thinkers, with extensive input from the man himself before his death in 2012 at age 86. The emphasis here is less on Vidal’s life as a literary lion and often glittering celebrity social life than on his parallel career as a harsh scold of US social injustices and political corruption. (Needless to say, recent history only sharpened his tongue in that department, with George W. Bush dismissed as “a goddam fool,” and earlier statements such as “This is a country of the rich, for the rich and by the rich” seeming more apt than ever.) He’s a wellspring of wisdoms both blunt and witty, sometimes surprising, as in his hindsight doubts about the virtues of JFK (a personal friend) as a president. We get plenty of colorful archival clips in which he’s seen verbally jousting with such famous foes as William F. Buckley and Norman Mailer, invariablyreducing them to stammering fury while remaining exasperatingly unruffled. His “out” homosexuality and outré views on sexuality in general (at odds with an increasingly assimilationist gay community) kept him controversial even among many liberals, while conservatives were further irked by his rock-solid family connections to the ruling elite. In our era of scripted political rhetoric and pandering anti-intellectualism, it’s a joy merely to spend an hour and half in the company of someone so brilliantly articulate on seemingly any topic — but particularly on the perpetually self-mythologizing, money-worshipping state of our Union. (1:29) (Dennis Harvey)

How to Train Your Dragon 2 Sequel to the 2010 animated hit about Vikings and their dragon buddies, with voices by Jay Baruchel, Cate Blanchett, Gerard Butler, Djimon Honsou, America Ferrera, Kit Harington, Jonah Hill, and others. (1:42)

Obvious Child We first encounter the protagonist of writer-director Gillian Robespierre’s funny, original film — a Brooklyn-dwelling twentysomething named Donna (Jenny Slate), who works at a lefty secondhand bookstore and makes regular (if unpaid) appearances at a local comedy night — onstage mining such underdiscussed topics as the effects of vaginal discharge on your garden-variety pair of underwear. This proves a natural segue to other hefty nuggets of embarrassment gold concerning her love life, to the dismay of boyfriend Ryan (Paul Briganti), auditing from the back of the club. He pretty much deserves it, however, for what he’s about to do, which is break up with her in a nasty, well-populated unisex bathroom, taking time to repeatedly glance at the texts coming through on his phone from Donna’s good friend, with whom he’s sleeping. So when Donna, mid-drowning of sorrows, meets a nice-looking fellow named Max (Jake Lacy) at the bar, his post-fraternity-presidency aesthetic seems unlikely to deter her from a one-night stand. The ensuing trashed make-out dance-off in Max’s apartment to the Paul Simon song of the title is both comic and adorable. The fractured recap of the evening’s condom-free horizontal events that occurs inside Donna’s brain three weeks later, as she hunkers down with her best friend, Nellie (Gaby Hoffmann), in the bookstore’s bathroom after peeing on a stick, is equally hilarious — and unwanted-pregnancy jokes aren’t that easy to pull off. Robespierre’s treatment of this extended windup and of Donna’s decision to have an abortion is a witty, warmhearted retort to 2007’s Knocked Up, a couple generations’ worth of Hollywood rom-com writers, and an entertainment industry that continues to perform its sweaty contortions of storytelling in the gutless cause of avoiding the A-word. (1:15) (Lynn Rapoport)

The Signal Sharing its title with a 2007 film — also a thriller about a mysterious transmission that wreaks havoc in the lives of its protagonists — this offbeat feature from co-writer and director William Eubank belies its creator’s deep affection for, and knowledge of, the sci-fi genre. Number one thing The Signal is not is predictable, but its twists feel organic even as the story takes one hairpin turn after another. MIT buddies Nic (Brenton Thwaites) and Jonah (Beau Knapp) are driving Nic’s girlfriend, Haley (Olivia Cooke), cross-country to California. Complicating the drama of the young couple’s imminent separation is Nic’s deteriorating physical condition (it’s never explained, but the former runner apparently has MS or some other neurological disease). The road trip turns dark when the trio (who also happen to be hackers) realize an Internet troll they’ve tangled with in the past is stalking them. After a brief detour into found-footage horror — fooled ya, Eubank seems to be saying; this ain’t that kind of movie at all! — the kids find themselves embroiled in ever-more-terrifying realities. To give away more would ruin the fun of being shocked for yourself, but think Twilight Zone meets Area 51 meets a certain futuristic trilogy starring Laurence Fishburne, who turns up here to play a very important role in Nic and company’s waking nightmare. (1:37) (Cheryl Eddy)

22 Jump Street In this TV-inspired sequel, “Previously on 21 Jump Street…” is all the backstory we get. 22 wastes no time sending Officers Schmidt (Jonah Hill) and Jenko (Channing Tatum) back to school to solve another case. A few details have changed (they’re in college now, where the drug of choice is “Why Phy”), but the situation is self-consciously boilerplate, which lets the filmmakers cast (ironic) judgment on sequels — and imply the TV show was redundant. College proves hilarious, from the rundown of dorm room essentials to Schmidt’s walk of shame, and the touchstones are sharp and embarrassing. An extended fight between Schmidt and a girl (Jillian Bell, fabulous) twists gender issues and sexual assault into gloriously absurd politics. Best of all is a fairly understated joke in front of the Benjamin Hill School of Film Studies. I laughed as much at 22 as I did at 21, but 22 spends so much time calling out its number-two status that it almost becomes performance art. (1:45) (Sara Maria Vizcarrondo)