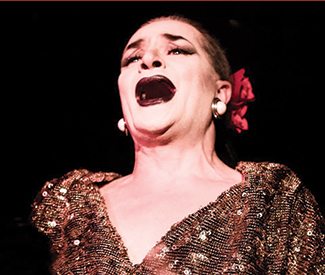 SUPER EGO A few weeks ago, Heklina, lippy doyenne of uproariously venerable, 20-year-old drag hole Trannyshack, contacted me. She had an idea about writing an op-ed for the Guardian about why she was changing the name of Trannyshack — “possibly to T-Shack, in response to the growing controversy over the word ‘tranny.'”

“What a great move,” I thought at the time. “Tranny” in San Francisco has almost always meant “over-the-top drag queen” — mostly due to Heklina’s party. Yet as trans issues begin to get more attention in the mainstream (and Heklina’s party continues to grow as a global brand), a lot of people’s first encounter with the word outside the Bay Area is as an insult to transgender people, a word slung hatefully by right-wing press and pundits, calling up images of hypersexualized monstrosities. By “rebranding,” Heklina was respecting trans people’s real-world experience, while also — brilliant marketing move here — throwing open her barn doors to a new generation of clubgoers whom the T word makes queasy.

“That’s one canny tranny,” I thought.

Well, we never figured out the timing of the op-ed, so it didn’t happen. But the minute Heklina posted the change last week, the Internet exploded. Or rather, the gay, white, somewhat well-to-do male Internet exploded. (“How dare people less powerful than we are make us change one word of our vocabulary out of respect!” they typed, all-caps. How quickly we forget.) And then the trans Internet exploded back, revealing a dazzling diversity of opinion on the topic, but generally agreeing that gay, white, somewhat well-to-do men don’t really have a horse in the race, so kindly join the fight for tolerance or STFU.

I’m just fine with dropping “tranny” to make people feel a little safer. Yes, I enjoy deliciously offensive things as much as the next whatever-I-am. But I don’t believe there’s any such thing as “the word police” (though I can imagine the fabulous uniform) — and if someone asks me to stop saying something because they’re scared, then OK. Anyone who knows how language works knows “tranny” will reappear ironically in a couple years, hopefully when this country has made incredibly necessary advances in its consideration of gender identity.

And the controversy over “tranny,” which was stoked by various insensitivities on RuPaul’s Drag Race and the disappointing attitudes of gay men who seem to be using their newfound powers of assimilation to try to silence their sisters, brothers, and others has hit a peak. Heklina and T-Shack are all over the news. That T really was canny! Anyway, for the record, T-Shack already officially rebranded long ago, when it started throwing Lady Gaga tribute nights, imo. Can we all shut up and dance now?

The fantastically deep (yet somehow bubbly) UK bass kid and Hemlock label honcho is sure to pack them into the tiny new Mercer with his new live A/V show.

Following a fine format of indie bands who DJ on the side (why not, it’s cheaper than making a new record), the Beach Boys of our age bring “sonic free form electronic horror gospel hip hop soul pop madness” to 1015. I’m down.

One of SF’s raddest roving crews touches down at F8 for some banging techno bliss. Berlin’s Mike Dehnert debuts his raw and dirty sound, backed up by SF all-stars Jason Kendig, David Javate, Bells and Whistles, and more.

Nostalgia for the ’90s is for old people. The great Last Nite parties have already upped the party ante by retro-izing 2000s indie, now they’re going for 2000s hip-hop. Strap on your Neptunes and get ready to ghost ride that whip.

The prolific Iranian American’s career is a master class in how to achieve popular success while remaining true to your underground roots (a lesson that bears a lot of repeating lately). Slightly trance-y techno that often drops into deep house bliss is on the menu.

One of our most revered drag queens is insane. Or is she? (She is.) Join her and the wildest crew of SF characters you’ve seen since last week, as she turns the Powerhouse into her personal playpen. Her fellow nuts will be falling out all over the place. With DJs John F*cking Cartwright and Hoku Mama Swamp