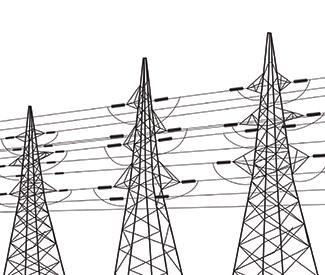 The Board of Supervisors Budget and Finance Committee today voted to reject the San Francisco Public Utilities Commission budget, an effort by Sup. John Avalos and others to force Mayor Ed Lee to the bargaining table over the city’s neglected sustainable energy infrastructure needs.

“I wanted to get the mayor’s attention and to find a practical way to let the mayor know the Power Enterprise infrastructure needs help, as well as CleanPowerSF,” Avalos told the Guardian. CleanPowerSF would provide electricity derived from renewable sources to enrollees in the municipal program.

After CleanPowerSF was approved by a veto-proof majority on the Board of Supervisors last year, Lee’s appointees to the SFPUC blocked implementation of the program during what should have been a routine vote to set a maximum rate. Then Lee this year raided those funds and transferred them to his GoSolar program.

“Because he raided our funds, I worked with [fellow Budget Committee members Sups.] Eric Mar and London Breed to kill his budget,” Avalos told us, noting that he alerted Lee on Sunday of his intention to do so and never got a response. “It was remarkable that he thought he could just bring this to committee and thought everything was hunky-dory.”

Christine Falvey, the mayor’s spokesperson, said the mayor hadn’t had time yet to develop his next step but “the mayor is committed to funding GoSolar, a program that can start immediately, help us reach our agressive environmental goals and employ San Francisco residents.”

The tendrils of the mayor’s power could be felt even in the SFPUC’s Citizens’ Advisory Committee meeting last night. The committee makes recommendations to the PUC with no authority for mandate, but rather for long-term strategic, financial and capital improvement plans.

As the committee considered a vote to recommend the PUC move forward with CleanPowerSF, the tussle between the mayor and the supervisors reverberated through their frank discussions.

“The problem is the mayor is violently against this program,” said Walt Farrell, a committee member from Supervisor Norman Yee’s District 7. He added, “How will you convince them?”

Director of Policy and Administration at Power Enterprise Kim Malcolm was slated to be the Director of CleanPowerSF, but she deflected, saying it wasn’t up to her.

“We view our job as, we do what the policy makers tell us to do,” she said.

Jason Fried, executive director of the Local Agency Formation Commission, told the CAC most of the mayor’s concerns regarding CleanPowerSF have since been addressed.

The mayor critiqued the program for relying on Shell for energy, Fried said, but now Shell is out of the picture.

Highlighting all the benefits of CleanPowerSF, Jess Derbin-Ackerman, a conservation organizer speaking on behalf of the Sierra Club, urged action.

“This program was in the works for ten years,” she said, and “it’s largely been fought because of political attachments to PG&E.”

She noted more than four other counties in Northern California are now shifting to clean power, and San Francisco lags behind.

Ultimately the CAC opted to push the vote backing CleanPowerSF until its next meeting, due to absent members. The CAC’s chair, Wendolyn Aragon, supported the supervisors stalling the PUC budget.

“CleanPowerSF has been proven time and time again as a viable source of clean energy,” she told the Guardian. “But if Mayor Lee and the SFPUC Commissioners (whom he appoints) want to keep denying that … it’s time to draw a line in the sand.”

Now that the PUC’s budget has been formally rejected, the agency has $20 million in reserves that it can spend until it comes up with a budget that meets the approval of the Board of Supervisors, as the City Charter requires. In the meantime, Avalos called on Lee to negotiate in good faith with the board.

“The path forward is to negotiate,” Avalos told us. “The mayor has overstepped his bounds on this issue. He is not taking the leadership to convene us together to find a solution.”