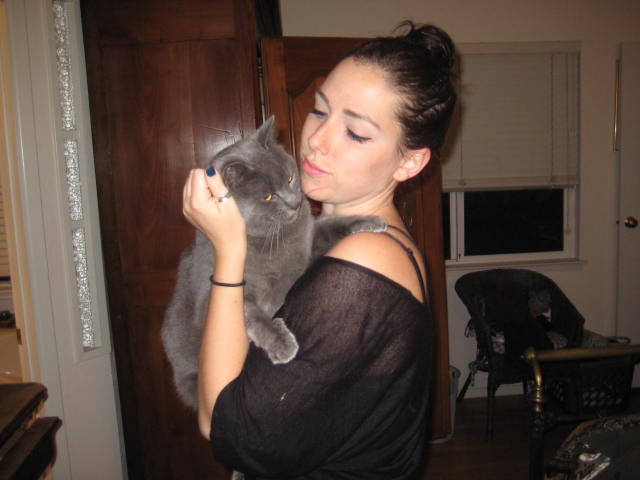 In the wake of yesterday’s decision by the District Attorney’s Office not to bring criminal charges against the driver who killed 24-year-old Amélie Le Moullac as she cycled in the Folsom Street bike lanes on her way to work last August, her family will be holding a benefit concert this Friday (May 16) for Amélie’s Angels, a charity created in her name to benefit needy schoolchildren in Haiti.

The concert by Amelie’s mother, organist Jessie Jewitt, and other Bay Area musicians starts at 7:30pm in St. Mark’s Episcopal Church in Palo Alto, featuring the Palo Alto Philharmonic and Conducter Geoffrey Pope. Amélie’s friend and co-worker Steve Lynch, who told us the event will be both a memorial and a fundraiser, said he was disappointed by the DA’s office decision not to bring charges in the case.

“I personally find this to be very upsetting, particularly given the way her investigation was handled, but the main reason I wanted to write you was to see if you would be interested in mentioning the benefit concert. It’s something that we’re trying to do to get her family some closure,” Lynch told us.

As KQED reported yesterday, the DA’s Office decided there was insufficicient evidence to bring an involuntary manslaughter charge against delivery truck driver Gilberto Alcantar, who turned right at Sixth Street across Le Moullac’s path, killing her. The San Francisco Police Department had recommended criminal charges after initially conducting only a cursory investigation, an insult that was compounded by Sgt. Richard Ernst showing up and making insensitive, victim-blaming comments at a memorial event by cyclists at the scene of Le Moullac’s death. Afterward, bike activists asked nearby businesses if they has surveillance video of the accident, finding video that police had neglected to seek that led investigators to conclude that Alcantar didn’t have the right-of-way when he ran over Le Moullac.

The Board of Supervisors held hearings on how the SFPD conducts such investigations, and Police Chief Greg Suhr later apologized for Ernst’s comments and the faulty investigation and pledged to conduct more thorough investigations when motorists kill cyclists, including looking at the three other similar fatalities last year. Alcantar was never even given a traffic citation in the deadly accident, but Le Moullac’s family has filed a civil wrongful death lawsuit against Alcantar and the company he was driving for at the time, Daylight Foods.

Since the accident, the San Francisco Municipal Transportation Agency has created new bike lanes and other markings on Folsom Street to more clearly delineate how bikes and cars should merge as they approach intersections so as to avoid the illegal “right hook” turns that are so dangerous to cyclists.

In a public statement announcing Amélie’s Angels and the benefit concert, Jewitt said, “Many people have asked me whether I was going to set up some type of fund or activity to improve the safety of SF streets for bicyclists. Although great improvements need to be made in this area, I leave it to advocates such as the Bicycle Coalition and other concerned individuals to petition for these changes. Amélie was not a cyclist. She was simply a young woman who thought that cycling to work would help the environment and would be a good form of exercise. In the days following her death, I felt her love so intensely, I knew I had to channel it into some activity that would directly enhance the lives of others.”