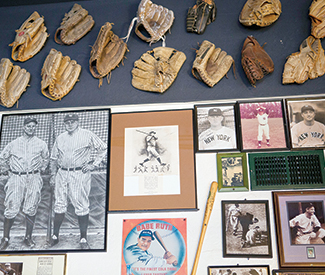 “It’s like we’re doing a double play tonight,” Anna said as she, Wes, and I sat down at the bar. “Oh! That’s good, are you gonna use that? If not I will,” I replied. We had just come from Prubechu, a new Guamanian restaurant on Mission Street where we’d had dinner. Anna is the food editor at SF Weekly so she was researching it for work, and since I am, in some capacity, a professional barfly, this was work for both of us. Wes is food photographer and the cat behind Wes Burger, but on this evening he was just along for the ride.

None of us had spent any time at the Double Play Bar and Grill (2401 16th St, SF. 415-621-9859) before so we didn’t know what to expect. I was hoping for weird looking old guys who’d been in the Mission their whole lives and still referred to Cesar Chavez as Army Street. Maybe cats who were old enough to have seen a game at Seals Stadium, the ballpark that had once been across the street but was now a shopping center housing a Safeway, a Boston Market, and a 24 Hour Fitness that always smells like chlorine and sweaty balls. It’s a terrible smell, really.

Seals Stadium had been a part of baseball history: It’s where the first West Coast MLB game took place when the Giants thrashed the Dodgers 8-0 in 1958. It was also the stadium where Joe DiMaggio played as a member of the San Francisco Seals, where Willie Mays played his first game as a San Francisco Giant, and the home stadium of the San Francisco Seals that Lefty O’Doul managed 1937-1951. In fact when Lefty heard they were building a new stadium at Candlestick Point he said it was, “…the most ridiculous site for a ball park I’ve ever seen. When I was a child, the wind would blow the sheep I was herding off Candlestick Hill.” Considering the Double Play Bar first opened in 1909, it had been witness to all of this.

Walking in the other night we were greeted by walls that were literally covered in sports memorabilia. There were old mitts, vintage photos, ball caps, and even original signage from Seals Stadium. There were also TVs broadcasting various sports highlights, a whole bunch of police badges framed, and even more sports memorabilia. What there wasn’t, though, were people.

“Does this place ever get busy?” I asked the bartender looking over at the three or four random drunk people at the short end of the bar. “Oh yeah,” she replied. “During the day it gets pretty slammed. We get a lot of people from the surrounding businesses who come in here for lunch and then from pretty much three o’clock till it gets dark we have a pretty steady crowd. Lots of union folks.” I suddenly realized that, if having a union job means getting to start drinking at 3pm, I’d chosen the wrong field.

As I got up to scope the place out and gawk at the walls, Wes asked the bartender, “Isn’t there some big backroom here?” Apparently there was one but it had gotten torn down so that the property owner could build new condos. The backroom had had a giant meticulously painted mural of a ball game at Seals Stadium; it had taken up the entire room. As I was sitting down back on my stool the barkeep was already closing up. “What time do you close?” I asked looking at my phone. It was 9pm.

“It varies,” the barkeep told me, “Usually around now. But you should really try coming by here at three.”