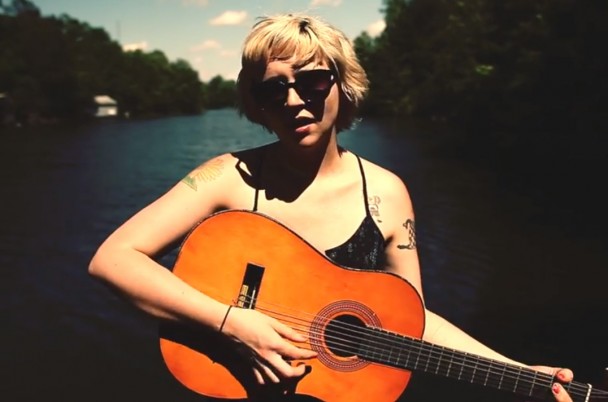 Hiatus, schmiatus: Thee Oh Sees have been added to an already-dreamy Burger Boogaloo lineup. Catch ’em alongside OFF!, Shannon and the Clams, Nobunny, Terry Malts, and of course the inimitable Miss Ronnie Spector herself, July 5-6 at Mosswood Park in Oakland.

Who needs Coachella anyway? In between their two weekend stints at that shitshow of a music festival down south, Waxahatchee is playing a free show at UC Berkeley’s Sproul Plaza today at 5pm. Are you in Berkeley? It’s goddamn beautiful out. You should go.

Start your itinerizing: Outsidelands just announced each day’s lineup and put single-day tickets on sale. Are you in more of a Kanye-Disclosure-Warpaint-Mikal Cronin kind of mood? Or a Tom Petty-Tycho-Big Freedia head space? These are the tough questions.

Cocktails grow up: Don’t worry, one of SF’s favorite fuzz-power-pop bands hasn’t gone and gotten lame, though. This new track, “Tough Love,” off Adult Life, suggests the five-piece has gotten a little tighter and just a little slicker, in a good way. That record won’t be out until June 17, but you can probably hear a lot of it at the Rickshaw Stop this Fri/18, when they open at the EP release party for The She’s.

“My brain is a little addled in terms of my long-term memory.” That’s Courtney Love, in an excellent oral history of Hole’s Live Through This, in honor of the album’s 20th anniversary. No matter what you think of her or her Dave Grohl reconciliation or her mediocre missing airplane-finding skills, this album is still gorgeous and important and yes I will fight you about that.