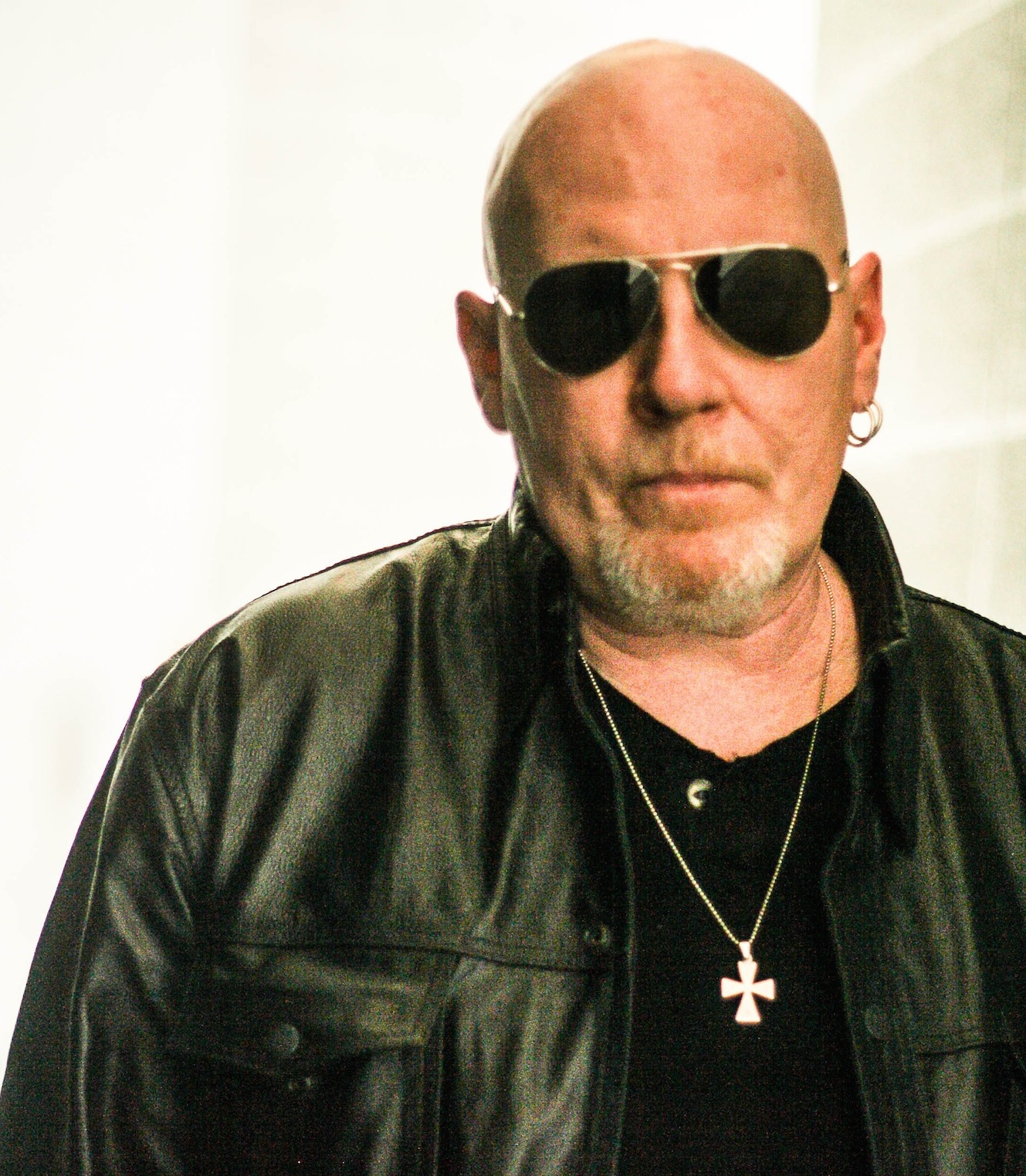 As the guitarist for Rocket From The Tombs and The Dead Boys, Cheetah Chrome helped write the sonic blueprint for punk rock — and after four decades in the music world, he continues to create his art with an uncompromising and independent attitude. The incendiary axeman, born Gene O’Connor in Cleveland, Ohio, recently released his first studio solo record, a seven song EP that finds him traversing some familiar aural terrain, while exploring some new sounds and different approaches at the same time.

The collection of tunes is made up of tracks recorded at three different recording sessions, two of which were recent efforts, while one actually dates all the way back to 1996.

“When I had first gotten cleaned up and was wanting to get back into playing again, Hilly [Kristal, the late owner of CBGBs] hooked me up to record some songs, and we were just about done when he started insisting that he wanted to put it out on ‘CBGB Records’ — and I was like, ‘Well, there is no CBGB Records!’ So we got into a tiff, and the masters ended up sitting around until after he died — we had settled our differences, the record just didn’t get talked about,” laughs Chrome over the phone from his home in Nashville.

“After Hilly passed away, his daughter called me up and said she found the masters, and asked if I wanted them, and sent them down to me. At the time I was working on a record with Batusis, and our record label decided they were going to go on hiatus, and gave us the masters free and clear.”

With a collection of both new and old material to work with, Chrome sat down with producer Ken Coomer and sorted through the tracks, some of which had multiple versions of the same song, and decided which ones he liked the best, and which ones he didn’t feel so strongly about anymore.

The resulting EP features some guitar sounds that will be instantly recognizable to fans of Chrome and his stint in one of the most infamous punk bands of all time, but also showcases a variety of other musical styles, as well as his prowess for writing strongly personal and emotional songs that should break any stereotypical misconceptions one might have about him. Kicking off with “Sharkey,” an instrumental reminiscent of the early surf guitar sound of the 1960s, the track takes on a more ominous tone with a layer of organ hovering over the guitars, an addition that came almost by accident while in the studio.

“If you had heard the way that song started out you wouldn’t believe it — it was acoustic. I was messing around with an organ, and started paying those chords, and the next thing you now, it turned into that!”
Apparently, that transition from acoustic to rock is not unusual in Chrome’s world — and although much more of the acoustic sound has remained in some form or another on the solo EP, many of his earlier songs started out life on an acoustic guitar — a fact that might not be so clear to admirers of his searing playing on an electric guitar.

“A lot of the Dead Boys stuff was written on an acoustic guitar — when we first started, I had a Gibson SG that I was using, I was pretty poor, I only had one other guitar, an Epiphone 12 string. One night at rehearsal I was messing around and did something stupid and cracked the neck on the SG,” says Chrome.

“So all I had for a little while was this acoustic 12-string — so Stiv and I wrote a lot of songs on that, ‘Not Anymore,’ a lot of the stuff on the first album was written acoustically.”

On the new record, two of the songs, “Stare Into The Night” and “No Credit” were actually written around the time that the Dead Boys were breaking up — and “East Side Story” and “Rollin’ Voodoo” have been kicking around for a while as well, they had just never been recorded the way that Chrome says he had heard them in his head.

After the record was finished the way he wanted it, the EP was finally released late last year on Plowboy Records out of Nashville, a company that Chrome now works for as creative director and director of A&R; it’s a position that he sees as being able to try to right some of the wrongs that he had to deal with when the Dead Boys were screwed over by record labels in the early days. “We’re probably one of the most artist friendly labels out there right now!”

On the current short run of West Coast tour dates, Chrome says fans can expect to not only hear songs from the new record, but also tunes spanning his entire career.

“We’re going to throw a couple of unexpected ones in there, a couple I haven’t done on previous tours, so it should be fun.”