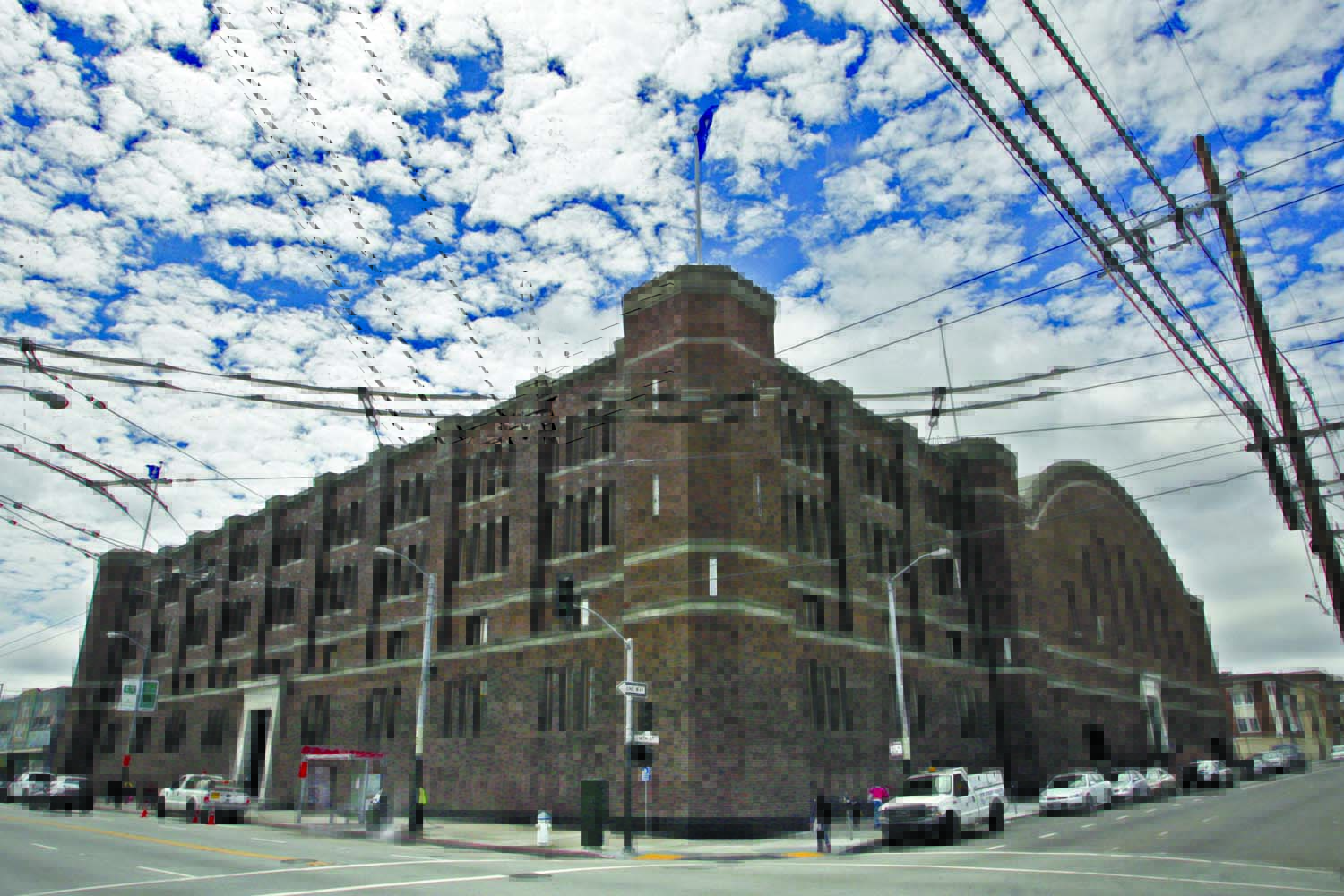 The planning department document West posted posted to his article show Peter Acworth, founder and CEO of Kink.com, requested the city to convert the basement, “drill court,” second, and third floors of The Armory into office space. The document also shows a need for an environmental review before conversion. (Side note: Gee, wouldn’t you love to be the city worker who had to inspect The Armory? “Hell of a day at work today honey, I was so tied up. Well technically, this guy wearing clothespins was tied up.”) The planning department told the Bay Guardian we could inspect the documents for ourselves tomorrow, but were unable to supply them for viewing today.

So, is it true? Is Kink.com fleeing our quickly gentrifying city?

Not to ball-and-gag West’s reporting, but we went straight to Kink.com owner Peter Acworth, who told us Uptown Almanac’s article is “half-correct.”

Firstly, the conversion of the first floor drill court into office space was a long time in planning, multiple sources (including Acworth) confirmed for us. Kink.com intends to use the space for its community center, as well as to rent to outside vendors.

But Acworth did admit that conversion of the rest of The Armory into office space was a preliminary move to vacate The Armory — but that it’s a last-ditch move he hopes he won’t need to make.

“I would still think of Kink.com production moving out as a question of ‘if’ as opposed to ‘when,’” he wrote to us in an email. “This move represents an insurance policy.  If the various regulations that are being considered currently in Sacramento and by Cal-OSHA become law, we will likely have to move production out of California to Nevada.”

Kink.com was fined $78,000 by CAL/OSHA earlier this year for workplace hazard violations, according to a report by SF Weekly. Kate Conger writes, “The majority of the fines were for allowing performers to work without using condoms, while a $3,710 portion of the total fine was for additional violations, including improperly placed power cords, an absence of first aid supplies, and missing health safety training materials.”

The AIDS Healthcare Foundation also told SF Weekly they filed violations because, they alleged, two actors contracted HIV in connection with their performances in Kink.com shoots. At the time, Kink.com spokespeople denied the claims had merit.

[Update 8:20pm: Shortly after this story was published, the AIDS Healthcare Foundation published a press release announcing the state bill to mandate condoms in pornography made progress today. From the release: “Assembly Bill 1576, Rep. Isadore Hall’s bill to require condoms in all adult films made in California cleared the Committee on Labor and Employment in the California Assembly in a 5 to 0 vote (with 1 absence & 1 abstention) today and now moves on to the Assembly Arts & Entertainment Committee.

“We hope this never happens and that the new regulations are reasonable, but if it does happen over the coming years, we would like the option to rent out The Armory – or portions thereof – to other users.”

Below we’ve embedded the planning department filing from Acworth, obtained by Uptown Almanac.