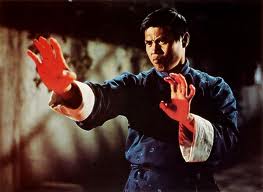 New movies after the jump.

Better Living Through Chemistry Sam Rockwell, Olivia Wilde, and Michelle Monaghan star in this dark comedy about a mild-mannered pharmacist whose life is upended when he meets a pill-addicted trophy wife. (1:31)

The Face of Love Five years after her husband, Garrett (Ed Harris), drowns while on vacation for their 30th anniversary, Nikki (Annette Bening) chances upon his exact double, Tom (Harris again). She pretends to be a divorcée and hides all photographic evidence that would out her reason for pursing Tom, an easygoing art professor and painter who actually is divorced (he’s buddies with his ex, a low-key Amy Brennemen). To her delight, he reciprocates her interest — but as their relationship grows, it becomes harder to conceal the, uh, doppelgänger situation from Nikki’s adult daughter (Jess Weixler) and neighbor (Robin Williams), a widower who’s jealous of Nikki’s new love. Harris and especially Bening are great — and they’re great together — but The Face of Love, from director and co-writer Arie Posin (2005’s The Chumscrubber), is the romantic melodrama equivalent of a one-joke comedy (with at least one Vertigo-inspired scene, and a drippy score that underlines every emotional story beat). The end to Nikki’s agonizing charade, and the end of the movie, can’t come soon enough. (1:32) (Cheryl Eddy)

Generation War German import Generation War was originally called Our Mothers, Our Fathers, to underline the relevancy of the discussion it’s presumably trying to stir at home — even if for many viewers the war generation would have been their grandparents’. Directed by Philipp Kadelbach and written by Stefan Kolditz, it starts out in dismayingly hackneyed fashion as we’re introduced to our youthful protagonists. Celebrating a birthday in 1941 near the war’s start, when Axis victory seems assured, they pose for a photo you know damn well is going to be the heart-tugging emblem of innocence horribly lost for the next 270 minutes. Fast-paced yet never achieving the psychological depth of similarly scaled historical epics, Generation War grows most interesting in its late going, when for all practical purposes the Allies have already won the war, but Germany continues to self-destruct. Imminent peace provides no relief for protagonists who’ve survived only to find themselves fucked no matter what side they stay on, or surrender to. That moral and situational complexity is too often missing in a narrative that aims for sympathy via simplicity. The underrated recent film version of The Book Thief (2013) was criticized for soft-pedaling the era, but it was about (and from the viewpoint of) somewhat sheltered Aryan children living in a civilian wartime. Generation War’s characters are of exactly the age to be fully indoctrinated young zealots, yet none of them seems touched by National Socialist dogma. Of course such naiveté is designed to maximize their later disillusionment. But War doesn’t even try to approach the serious analysis of national character in something like Ursula Hegi’s great novel Stones from the River, in which we come to understand how time, propaganda, and preyed-upon weaknesses can turn a town of perfectly nice Germans into fascists capable of turning a blind eye toward the Final Solution. Note: longer review here. (4:30) (Dennis Harvey)

The Grand Budapest Hotel Is this the first Wes Anderson movie to feature a shootout? It’s definitely the first Anderson flick to include a severed head. That’s not to say The Grand Budapest Hotel, “inspired by” the works of Austrian novelist Stefan Zweig, represents too much of a shift for the director — his intricate approach to art direction is still very much in place, as are the deadpan line deliveries and a cast stuffed with Anderson regulars. But there’s a slightly more serious vibe here, a welcome change from 2012’s tooth-achingly twee Moonrise Kingdom. Thank Ralph Fiennes’ performance as liberally perfumed concierge extraordinare M. Gustave, which mixes a shot of melancholy into the whimsy, and newcomer Tony Revolori as Zero, his loyal lobby boy, who provides gravitas despite only being a teenager. (Being played by F. Murray Abraham as an older adult probably helps in that department.) Hotel‘s early 20th century Europe setting proves an ideal canvas for Anderson’s love of detail — the titular creation rivals Stanley Kubrick’s rendering of the Overlook Hotel — and his supporting cast, as always, looks to be enjoying the hell out of being a part of Anderson’s universe, with Willem Dafoe, Jeff Goldblum, and Adrien Brody having particularly oversized fun. Is this the best Wes Anderson movie since 2001’s The Royal Tenenbaums? Yes. (1:40) (Cheryl Eddy)

Love and Demons A man (Chris Pfleuger) in the midst of a midlife crisis, a woman (Lucia Frangione) starting to realize she’s completely dissatisfied with her life — does this relationship have a chance? Enter each partner’s personal demon, eager to have a hand in shaping events in what turns into a not-so-friendly competition. At first, the intervention seems helpful; the male demon encourages the man, a wannabe screenwriter, to get a better job, clean up the apartment, and blurt out feel-good-isms like “I want to build something together.” But what’s this about murder? Meanwhile, the female demon (Arnica Skulstad Brown) appears to be the ultimate gal pal, stroking the woman’s ego by telling her she could do so much better, going on shopping sprees with her, and sharing her stay-skinny coke stash. Temptations ahoy! Written, directed by, and costarring local filmmaker JP Allen (as the male demon, he’s the cast’s cigarette-smoking, smirking high point) this intriguing look at modern love earns bonus points for its excellent use of SF locations — and creative editing that helps break up the film’s many voice-overs and fourth-wall-breaking moments. (1:24) (Cheryl Eddy)

Need for Speed Breaking Bad‘s Aaron Paul stars in this tale of a breakneck cross-country car race, an adaptation of the popular video game. (2:10)

Particle Fever “We are hearing nature talk to us,” a physicist remarks in awe near the end of Particle Fever, Mark Levinson’s intriguing doc about the 2012 discovery of the Higgs boson particle. Earlier, another scientist says, “I’ve never heard of a moment like this in [science] history, where an entire field is hinging on a single event.” The event, of course, is the launch of the Large Hardon Collider, the enormous machine that enabled the discovery. Though some interest in physics is probably necessary to enjoy Particle Fever, extensive knowledge of quarks and such is not, since the film uses elegant animation to refresh the basics for anyone whose eyes glazed over during high-school science. But though he offers plenty of context, Levinson wisely focuses his film on a handful of genial eggheads who are involved in the project, either hands-on at the European Organization for Nuclear Research (CERN), or watching from afar as the mighty LHC comes to life. Their excitement brings a welcome warmth to the proceedings — and their “fever” becomes contagious. (1:39) (Cheryl Eddy)

Veronica Mars Since the cult fave TV show Veronica Mars went off the air in 2007, fans of the series, about a smart, cynical teenager who solves mysteries and battles her high school’s one percenters — a sort of adolescent noir minus the ex nihilo patois of Rian Johnson’s 2005 Brick — have had their hopes raised and dashed several times regarding the possibility of a big-screen coda. While that sort of scenario usually involves a few of the five stages of grief, this one has a twist happy ending: a full-length film, directed by show creator Rob Thomas and cowritten by Thomas and show producer-writer Diane Ruggiero (with a budget aided by a crowdfunding campaign), that doesn’t suck. It’s been a decade since graduation, and Veronica Mars (Kristen Bell) has put a continent between herself and her creepy, class war–torn hometown of Neptune, Calif. — leaving behind her P.I. vocation and a track record of exposing lies, corruption, and the dark side of the human soul in favor of a Columbia law degree and a career of covering up same. But when Logan Echolls (Jason Dohring), her brooding, troubled ex, gets charged with the murder of his pop star girlfriend and asks Veronica for help, she can’t resist the pull of what she admits is a pathological impulse. Plus, it’s her 10-year reunion. And indeed, pretty much anyone who had a character arc during the show’s three seasons makes an appearance — plus (naturally) James Franco, Dax Shepard (Bell’s husband), and (oddly) Ira Glass. It could have been a cameo fusillade, but the writing here is as smart, tight, funny, and involving as it was on the TV series, and Thomas and Ruggiero for the most part manage to thread everyone in, taking pressure off a murder mystery that falls a little flat, updating the story to reflect current states of web surveillance and pop cultural mayhem, and keeping the focus on the joy of seeing Veronica back where she belongs. (1:43) (Lynn Rapoport)