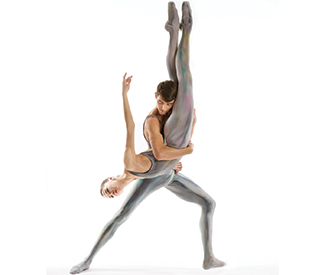 DANCE Though it’s gone mostly unnoticed by us San Francisco-dwelling dance watchers, a remarkable thing has been growing across the bay on the other side of the tunnel. On March 6, the Walnut Creek-based Diablo Ballet celebrated its 20th anniversary with a gala — without fancy gowns, but with an hour-long program that did what galas are supposed to do: look at the past and the here and now, and say thank-you to a lot of folks.

While it might have been gracious to have acknowledged the contributions of co-founder Lawrence Pech and brothers Nikolai and Viktor Kabaniaev — all of whom danced, choreographed, and contributed to running the company — Diablo Ballet is the product of that still-rare breed in American ballet, a woman artistic director.

When she set out to create Diablo Valley’s first professional ballet company, Lauren Jonas had a lot going for herself: a brand new, beautifully equipped theater in what is now called the Lesher Center for the Arts in Walnut Creek; generous private support by ballet-loving local entrepreneurs; and an audience willing to take its chances on a small, easily accessible company. I can’t remember how many times in those early years I heard people during intermission commenting on how happy they were “not to have to fight the tunnel.”

Above all, Jonas had taste, standards, and knowledge of the available repertoire. Locally trained at Marin Ballet, she had performed in national companies as well as Oakland Ballet under Ronn Guidi, in both 19th and 20th century classics. She also knew that the Bay Area, and other parts of the country, had plenty of professional ballet dancers who were eager to perform, and on whose talent and experience she could draw.

At the gala, the petite and charming Jonas was repeatedly praised for her commitment to community and her capacity for work. She must also have an iron determination to carry out her vision of professionally-danced professional choreography. It may not be easy to say “no” to her.

The auspicious beginnings, which included an orchestra, didn’t last. Money dried up because of the economy but also because foundations redirected their priorities. The first to go was the live music; eventually the Lesher facility became too expensive for a full season. There were times when Jonas went back on stage to perform because she couldn’t afford to hire another dancer.

That’s when Jonas’ backbone kicked in. She didn’t change her vision but adapted to the changed circumstances by shifting her performances to the Shadelands Arts Center, one of Walnut Creek’s neighborhood rec centers, where the company rehearsed. They attracted new audiences who could never have afforded the ticket prices in the downtown venue.

In some ways Shadelands seems an impossible place for ballet. With no theater lighting, a stage the size of what looks like a large table, and terrible sight lines — recently improved by installed risers — it was difficult to imagine ballet dancers whipping pirouettes and traveling jetés. But they did and they do. The opportunity to see these experienced artists close up, noticing the impetus behind a move or even the fatigue creeping up on them, makes up for much of what is lost in scale.

The gala, which included some history and many tributes, started with a simple but charming waltz by an octet of former dancers. It ended with “Variation and Finale” from Balanchine’s Who Cares? Rearranged for six dancers by Jonas, with a fine interpretation of Gershwin by Diablo music director Greg Sudmeier and his jazz trio (live music remains important to Jonas), the sextet got the spirit though not always the precision of the original. Robert Dekkers’ casual charm, however, didn’t keep him from delivering “Variation”‘s spitfire turns and beats with utmost confidence.

Welcome contributions came from Derek Sakakura and Rosselyn Ramirez’s pas de deux in Eugene Loring’s Billy the Kid, a ballet that in 1938 was much condemned for including gestures drawn from life. Roy Bogas contributed the spiffy piano arrangement of Aaron Copland’s cowboy tune-flavored score.

Making good and practical use of available technology allowed filmed versions of parts of a ballet which then continued live on stage. Tina Kay Bohnstedt and David Fonnegra shone in a torrid pas de deux from Val Caniparoli’s Lady of the Camellia. The dancers in Kelly Teo’s Dancing Miles at first looked like sparks in the night but live, they filled the stage with jazzy energy. On film, Teo, who danced and choreographed for Diablo, declared his gratitude: “I left my profession fulfilled; I had accomplished what I had wanted to do.” Not a bad record for 20 years. *