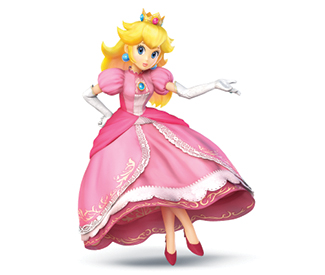 Fed up, he gathers his fellow video game characters for a venting session: Princess Peach, Master Chief, Lara Croft, Nathan Drake, Sonic the Hedgehog, and other characters, waxing philosophic about more inclusive video games. Games where the damsel isn’t stashed in a castle, but included in the hero’s journey. Afterward, inspired, they go back to the digital world and make those games a reality.

The Lost Levels un-conference — the brainchild of indie game developers Harry Lee, Fernando Ramallo, Ian Snyder, and Robert Yang — is just like that. Gamers, mainstream developers, and developers-in-training sit in the grass of Yerba Buena Gardens to brainstorm ways to make video games more inclusive for women and other oft-ignored groups in the gaming industry. March 20, it marks its second year, though its location this year may change.

The renegade gamer gathering is held in the shadow of the bigger, better-known Game Developers Conference, a mainstream video game industry meetup at the Moscone Center. Thousands of game developers flock to the annual event, ready to hear ideas from the biggest names in the industry. But an oft-leveled critique of those big-time game developers is that, in America at least, they are often male, straight-identified, and white.

The differences between the two conferences are defined by who’s talking, and who’s listening. “Lost Levels is a place for those who don’t have access to GDC but still need a voice,” said Mattie Brice, a newer addition to the Lost Levels organization. GDC’s passes start at $195, but seeing all the panels will set you back a cool $1,495. That’s a daunting chunk of cash for the classic garage-start-up gaming developer, bootstrapping his or her way into the gaming industry. Lost Levels, by contrast, is free.

Fringe indie developers often push boundaries, making games about queer culture or including main characters from different ethnic backgrounds. But Lost Levels talks aren’t just limited to ideas on diversifying games. Gamers are invited to jump in with any idea for a presentation. Having one’s say about the future of video games is as easy as penning an idea on a bulletin board with a sticky note.

Last year the ideas ranged from outlandish to just the right amount of wacky — say, if the Madden series is getting stale, why not create a fusion football-dating simulation game?

Sometimes the talks were just about getting to know each other. “Whenever we got pizza as a kid, my brother and I would rush to eat it so we had this whole cardboard land,” said one scruffy-haired game designer at last year’s Lost Levels, speaking in a video on the Lost Levels website. “We’d take a sharpie and fill it in to make our own legend of Zelda map. We’d make our own weapons. I started programming at 14 and made games similar to that.”

A peek at 2014’s presentations ensures one thing: Talking about the future of games doesn’t have to be all that serious. “Sound as a Commodity: I rant about music and how sound is employed/how to employ sound in popular music because MUSIC, GAMES, IT’S ALL THE SAME IF YOU THINK ABOUT IT!” video game composer and sound designer Liz Ryerson writes. And this, from presenter George Buckenham: “I dig eSports and I don’t care who knows. I’ll talk about how rad they are in some capacity.”

Some discussions branch out beyond games, but all are welcome. Few subjects are taboo, and that’s the point, Brice says. “The best way to get people speaking about what they really find important is to just let them do it.”

The growing interest in Lost Levels, and the issues it and other alternative conferences (like GaymerX, a San Francisco convention aimed at LGBT gamers) raise, may be having an influence on GDC. The event tends to center around technical improvements, but recently made tip-toe advancements into realms of inclusivity. This year, Brice, a noted LGBT gaming advocate, will speak at GDC in a workshop entitled “How to Subversively Queer Your Work.”

GDC is making strides in including women as well. Anita Sarkeesian — famous in the gaming world for calling for better representation of women — is slated to receive an award for her “Tropes v. Women” YouTube series. But though the award is nice, mistreatment of women is still a large part of video game stories today. In the mainstream, at least, the tide is far from turning.

To that end, one indie designer is sitting out GDC this year: Anna Anthropy, designer of Dys4ia, The Hunt for the Gay Planet, and others. This year she’s focusing her energy on Lost Levels. “I’ve been invited to give several talks at GDC and I’ve turned them all down,” she says. “It’s stressful and corporate and exclusive.”

At Lost Levels this year she’ll touch on shifting queer games’ focus away from coming-out narratives. Though she’s careful to say she doesn’t speak for everyone, those in the queer community “play games not to re-experience their victimization, but to escape it,” she says.

When we asked about the audience’s reaction, Anthropy told us many women came up afterwards, telling her they were affected by her reading. The men? Not so much, she said. *