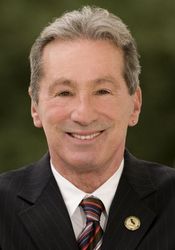 State lawmakers from San Francisco are launching a two-pronged attack on the Ellis Act, which real estate speculators are increasingly using to evict tenants from rent-controlled apartments and cash in on a housing market that’s been heated up by demand from high-paid employees of the booming tech sector.

Assemblymember Tom Ammiano today introduced Assembly Bill 2405, which would allow the San Francisco voters or the Board of Supervisors to declare a mortorium on Ellis Act evictions when the city’s state-mandated affordable housing goals aren’t being met.

Sen. Mark Leno is also planning to introduce his own Ellis Act reforms by today’s legislative deadline for introducing new bills. He’s been working on a reform package with Mayor Ed Lee, but Leno is keeping the details under wraps under Monday at 9am when the pair will hold a press conference outside a Chinatown apartment building to announce their proposal.

Both proposals face an uphill battle in Sacramento given that San Francisco is one of only a couple jurisdictions in the state that have rent control, which Ellis Act was designed to undermine by allowing landlords to get out of the rental business and remove apartments for the market. And the real estate industry industry is expected to strongly oppose the reforms.

“It will, of course, be very difficult, but Mr. Ammiano has been talking about this for months and he’s committed to doing something,” his Press Secretary Carlos Alcala told the Guardian.

UPDATE 2/24] Leno and Mayor Lee — flanked by other supporters of the legislation, including Sups. David Campos and David Chiu, rival candidates to succeed Ammiano — this morning announced the introduction of Senate Bill 1439. It would authorize San Francisco to prohibit those who buy rental properties to invoke the Ellis Act and evict tenants for at least five years, and only allow only one Ellis Act eviction for the life of each property.

“The original spirit of California’s Ellis Act was to allow legitimate landlords a way out of the rental business, but in recent years, speculators have been buying up properties in San Francisco with no intention to become landlords but to instead use a loophole in the Ellis Act to evict long-time residents just to turn a profit,” Leno said.

“San Francisco is seeing a terrible crisis,” Ammiano said. “The people who have made our city the diverse and creative place that it is are finding it harder and harder to stay in San Francisco. The rash of Ellis Act evictions has only made it worse.”

Ellis Act evictions are permitted under certain circumstances when a property owner is taking a rent-controlled unit out of the rental market. However, some owners have been abusing these provisions and improperly evicting tenants from rent-controlled units. The problem is not restricted to San Francisco, although the city is going through a particularly critical loss of affordable housing.

SAN FRANCISCO – Senator Mark Leno today joined San Francisco Mayor Ed Lee, other elected officials, tenant advocates, labor groups and business leaders to introduce legislation closing a loophole in the Ellis Act that allows speculators to buy rent-controlled buildings in San Francisco and immediately begin the process of evicting long-term renters. Aiming to mitigate the negative impacts of a recent surge in Ellis Act evictions in San Francisco, Senate Bill 1439 authorizes San Francisco to prohibit new property owners from invoking the Ellis Act to evict tenants for five years after the acquisition of a property, ensures that landlords can only activate their Ellis Act rights once, and creates penalties for violations of these new provisions.

“The original spirit of California’s Ellis Act was to allow legitimate landlords a way out of the rental business, but in recent years, speculators have been buying up properties in San Francisco with no intention to become landlords but to instead use a loophole in the Ellis Act to evict long-time residents just to turn a profit,” said Senator Leno, D-San Francisco. “Many of these renters are seniors, disabled people and low-income families with deep roots in their communities and no other local affordable housing options available to them. Our bill gives San Francisco an opportunity to stop the bleeding and save the unique fabric of our City.”

Ellis Act evictions in San Francisco have tripled in the last year as more than 300 properties were taken off the rental market. This spike in evictions has occurred simultaneously with huge increases in San Francisco property values and housing prices. About 50 percent of the city’s 2013 evictions were initiated by owners who had held a property for less than one year, and the majority of those happened during the first six months of ownership.

“We have some of the best tenant protections in the country, but unchecked real estate speculation threatens too many of our residents,” said Mayor Lee. “These speculators are turning a quick profit at the expense of long time tenants and do nothing to add needed housing in our City. These are not the landlords the Ellis Act was designed to help, and this legislation gives San Francisco additional tools needed to protect valuable housing and prevent further Ellis Act speculator evictions, which has already displaced working families and longtime San Franciscans. This carve out is a good policy for San Francisco, and I thank Senator Leno for being a champion on this issue. Together we have built a large coalition of renters, labor and business leaders to fight this battle in Sacramento to support middle income and working families here in our City.”

“Rents in San Francisco are at an all-time high. My former neighbors and I, working families and seniors, were displaced from the place we called home for several decades,” said Gum Gee Lee. “Those that have yet to receive an Ellis Act notice continue to live in fear, fear that they too will be evicted from their homes. For seniors such as myself who rely on public transportation and access to social and health services within our community, Ellis evictions cut our lifeline, our independence to thrive. For working class families such as my former neighbors from Jackson Street, they continue to struggle to survive in San Francisco. San Francisco is our home.”

Enacted as state law in 1985, the Ellis Act allows owners to evict tenants and quickly turn buildings into Tenancy In Common (TIC) units for resale on the market. In San Francisco, the units that are being cleared are often rent controlled and home to seniors, disabled Californians and working class families. When these affordable rental units are removed from the market, they never return.

Senate Bill 1439 will be heard in Senate policy committees this spring.